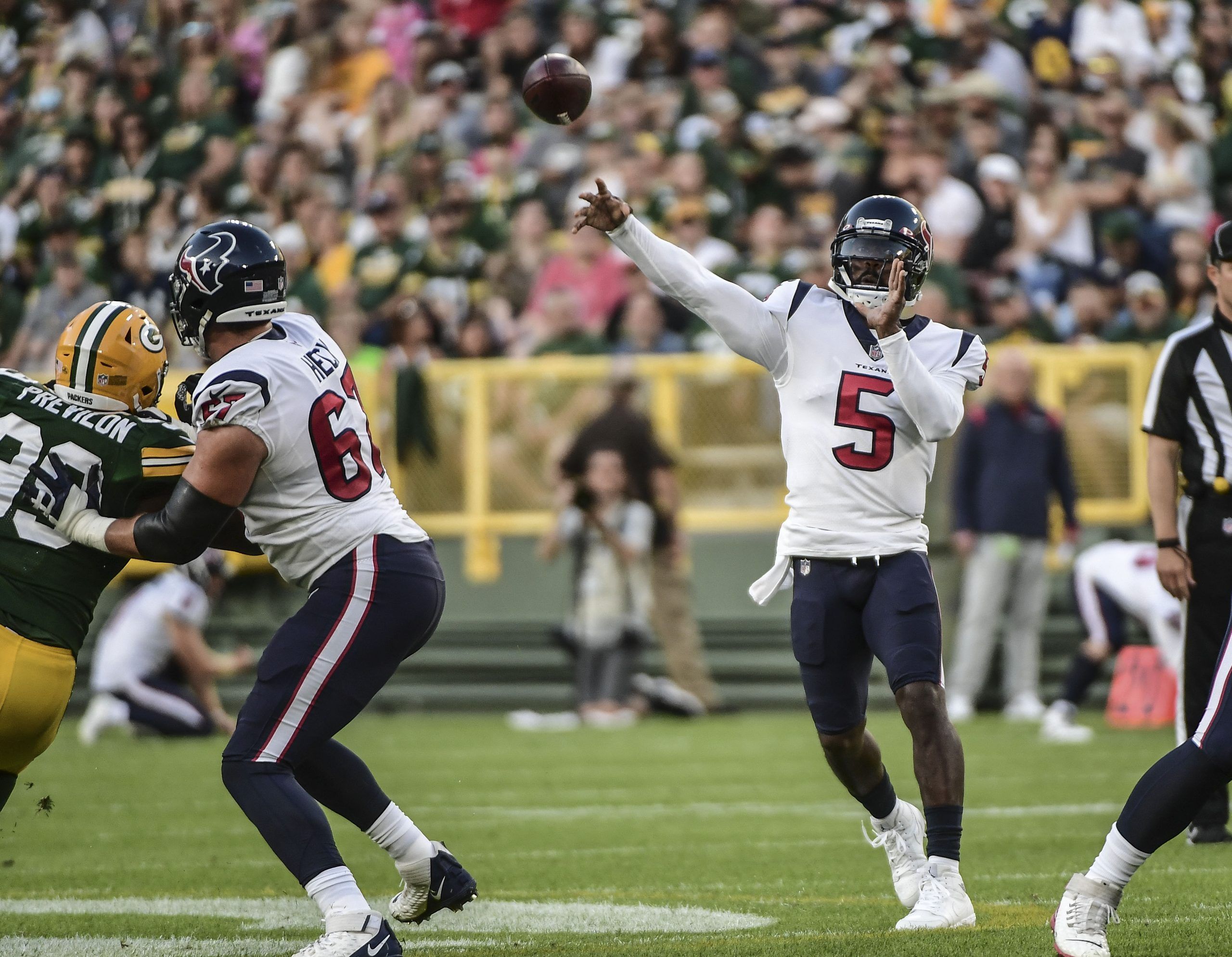 I'm an NFL handicapper here at Pickswise who was raised in a household full of sports fanatics. Since I unfortunately never had LeBron James' jumping ability I wasn't able to make it to the NBA, and chose writing about sports as the next best thing. An avid sports bettor myself, I'm excited to get to write about the industry as it gets set to take off across the country. Buckle up.
Updated: 7:59 AM ET November 11, 2022

The first week of the NFL preseason certainly didn’t disappoint. We were treated to the professional debuts of all the top rookie quarterbacks and there was plenty of other entertaining action as well. Week 2 is officially underway, and things will really get going here with this big slate on Saturday. Here at Pickswise, we will be bringing you great NFL content all season, with free picks on sides and totals, parlays, mega parlays, etc.

It’s also not too late to wager on our NFL futures, either, which you can find alongside our NFL picks. But right now we’re talking preseason, and specifically these Saturday games. Let’s break down my best bets, with a little note on their parlay odds if you want to pool them together.

Indianapolis Colts at Minnesota Vikings under 38.5

Let’s break down each leg.

The Falcons are not set up for success right now. Atlanta is taking it easy with veterans like Matt Ryan, leaving their offense in a dire situation. AJ McCarron was abysmal in the opener, and he has reportedly looked awful in practice all of camp. A significant backup quarterback issue behind Ryan has been exposed, and it wouldn’t be surprising if the team added outside help. Beyond McCarron, the team only has undrafted rookie Feleipe Franks to play.

The Falcons scored just three points in their opening loss to the Titans, and McCarron and Franks were laughably bad. They combined to complete just 7/21 passes for 52 yards and an interception. They almost took as many sacks (five) as they had completions. Miami lost their preseason opener, but head coach Brian Flores takes these exhibition games more seriously than most coaches. He was 4-0 in the preseason prior to last week’s loss. Expect their starters to play a good amount (Tua Tagovailoa already played three drives last week and Jacoby Brissett is a very solid backup), and for the Dolphins to win comfortably.

The Texans are easily my favorite underdog play of the weekend. I don’t see why the Cowboys are favored at all. Their preseason quarterback situation isn’t quite as bad as the Falcons’, but it’s close. With Dak Prescott still not playing here, the team will have only Garrett Gilbert, Cooper Rush, and Ben DiNucci available. Dallas is now 0-2 through the Hall of Fame Game and Week 1, and the aforementioned trio combined to go 20/43 while averaging only 5 yards per attempt last week in a loss to Arizona.

The Texans, on the other hand, won their 2021 debut by 19, completely smothering the Packers. They ran the ball very well, which is a good sign for the kind of effort we can expect today. The team willing to get most physical has a big advantage in the preseason. Tyrod Taylor already played last week, and new Texans coach David Culley confirmed on Thursday that he plans to play his starters more. The Cowboys have produced 19 total points through their first two games, so there’s no reason to lay more than a field goal with them.

Finally, I think this total in Minnesota is a bit inflated. It’s still unclear whether or not Kirk Cousins will play for the Vikings, but even if he does he’ll play very little. The Vikings are coming off a game where they scored only 6 points, and rookie quarterback Kellen Mond certainly didn’t look ready for primetime. He completed only 6/16 passes for 53 yards. Jake Browning was even worse, going 5/10 for 31 yards.

You have to figure Minnesota’s defensive intensity will be better after they got shredded by Drew Lock. Mike Zimmer surely gave his team a stern talking to. The Colts put up 21 points in their opener, but that was with everything going right in the passing game. Jacob Eason and Sam Ehlinger combined for 310 yards while averaging 9.4 yards per attempt in their respective pro debuts. If they take even a small step back, which I certainly expect, they should fall below 20 points.