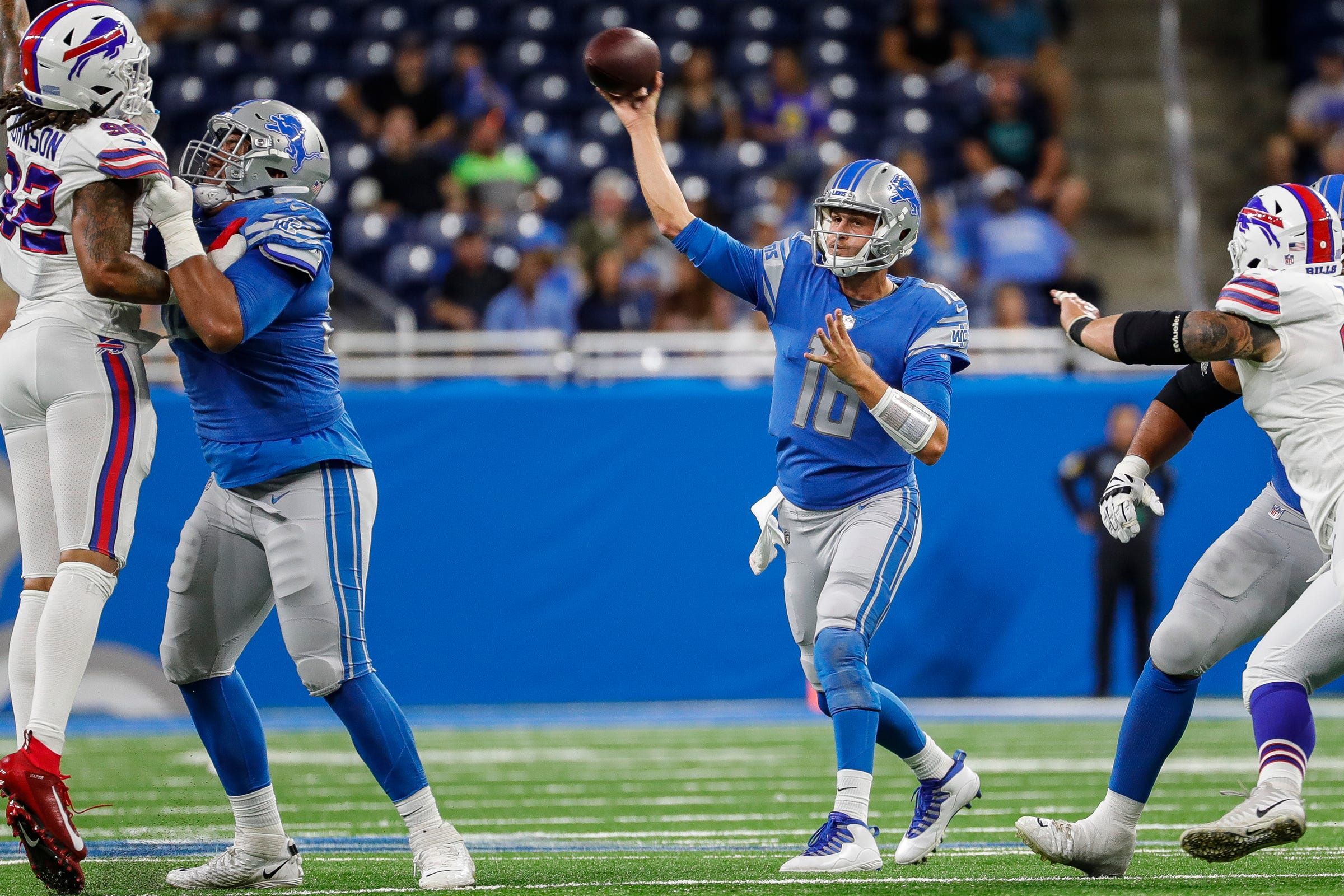 I'm an editor here at Pickswise who was raised in a household full of sports fanatics. Since I unfortunately never had LeBron James' jumping ability I wasn't able to make it to the NBA, and chose writing about sports as the next best thing. An avid sports bettor myself, I'm excited to get to write about the industry as it gets set to take off across the country. Buckle up.
Updated: 6:19 AM ET August 21, 2021

The first week-plus of NFL preseason action has been thrilling, and we have another great 10 games on Saturday. Why not celebrate by going for a big payday? That’s right; we’re back with an NFL mega parlay — this time a three-teamer with a payout north of 15/1, and we’re counting on the Lions to pull a money line upset.

The Lions being this big of an underdog is a bit ridiculous. A coach like Dan Campbell is never going to not go all-out during the preseason, which is half the battle in this exhibition contests. Detroit came up one point short, but they very nearly beat the Bills in their opener. The Steelers are getting far too much credit for being 2-0. Their first win was in the Hall of Fame Game, which doesn’t mean much.

Their second came against the Eagles, whom they beat by a score of 24-16. That victory now looks a lot less impressive after the Eagles just lost 35-0 to kickoff Week 2. Philly let Dwayne Haskins of all people march up and down the field, but in hindsight it’s clear that had more to do with the Eagles’ lack of a pulse on defense than anything else. It’s hard to imagine Haskins not taking a step back here.

Detroit isn’t the only money line underdog I like. Half an hour later, the Texans also have serious value. Houston won its preseason opener 26-7 over the Packers, but they still can’t get any respect — not even after head coach David Culley announced on Thursday that his starters will see increased playing time here, and not even after the Cowboys have started the preseason 0-2.

Dallas has produced just 19 total points through their first two games and their quarterback rotation of Garrett Gilbert, Cooper Rush, and Ben DiNucci is pretty pitiful, but for some reason they’re still a significant favorite here. Dak Prescott isn’t going to return for this one, and Ezekiel Elliott isn’t playing either. The Cowboys gave up 5.4 yards per carry to the Cardinals in their most recent game, so a Houston rushing attack that already looked good last week should have even more success.

Be sure to check out our full game preview for Houston Texans vs. Dallas Cowboys

To wrap up this mega parlay and hopefully bring us home, we have the under in the Raiders/Rams game. The Rams don’t even try to hide the fact that they don’t care at all about the preseason. Head coach Sean McVay has unveiled a laundry list of guys who won’t play, and his offense unsurprisingly only put up 6 points in their opener as a result. On the other hand, Raiders head coach Jon Gruden takes the preseason extremely seriously, and his team gave up only 7 points in their opener.Las Vegas and Los Angeles had a couple of joint practices in the lead up to this game, and they got very chippy with tempers flaring. As such, this game should be a bit more physical and hard-fought than your typical preseason affair. Expect a grind-it-out type of game.