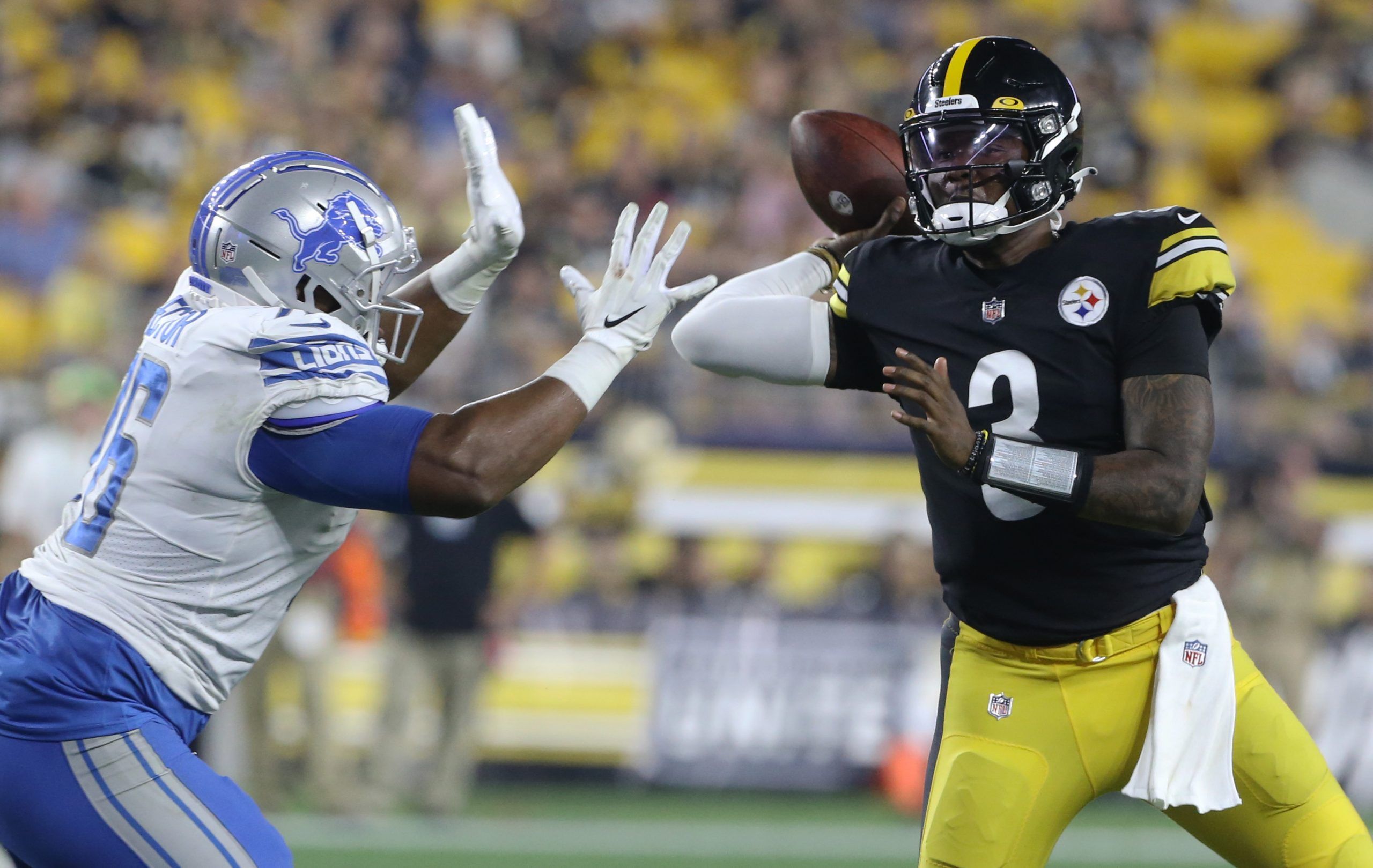 I'm an editor here at Pickswise who was raised in a household full of sports fanatics. Since I unfortunately never had LeBron James' jumping ability I wasn't able to make it to the NBA, and chose writing about sports as the next best thing. An avid sports bettor myself, I'm excited to get to write about the industry as it gets set to take off across the country. Buckle up.
Updated: 5:47 AM ET August 27, 2021

The NFL preseason is winding down, and the third and final week of it will kickoff here on Friday with four games. Why not celebrate our last round of exhibition action by going for a big payday? That’s right; we’re back with an NFL mega parlay — this time a four-teamer with a payout north of 15/1, and we’re counting on the Steelers to pull a money line upset.

The Colts have started the preseason 2-0, and should keep things perfect here. After a training camp marred by bad injury luck, things are looking up in Indy. Carson Wentz and Quenton Nelson both appear to be ahead of schedule in their recoveries, which should have the team in good spirits for this exhibition finale. Both Jacob Eason and Sam Ehlinger have shown flashes, and they’ll be able to do enough against a Lions team that has looked lifeless.

Detroit is 0-2, and their most recent defeat was a bad one at the hands of Pittsburgh. The final score says 26-20, but it was a lot uglier than that. It was a blowout all game before Detroit scored 20 garbage-time points in the fourth quarter to make it look closer.

The Steelers have some value on the money line here. Pittsburgh is 3-0 (they won in the Hall of Fame Game too), but oddsmakers are undervaluing them just because Ben Roethlisberger and Mason Rudolph won’t play. Roethlisberger didn’t play in the team’s first two games, and they were just fine without him.

Dwayne Haskins, who will start at quarterback, has been one of the NFL’s most pleasant surprises this preseason. In his most extended action against the Eagles, he led four scoring drives in only five tries with three touchdowns. The Panthers are 0-2 and were a disaster in their most recent game, in which they scored only three points.

Be sure to check out our full game preview for Pittsburgh Steelers vs. Carolina Panthers

New York is exactly the kind of team you want to back in the preseason, since Robert Saleh’s the type of coach to get his guys energized and fired up no matter the circumstance. The Jets have already announced Zach Wilson is going to play, and I think he’ll get a decent amount of run here as the team looks to get him as comfortable as possible ahead of his Week 1 debut. Philadelphia is 0-2, and they just got demolished 35-0 in their last contest. They clearly aren’t taking the preseason too seriously, and won’t be getting up for this one on the road.

To wrap up this mega parlay we’ve got the Chiefs in the nightcap. Kansas City won by seven last week, even with Patrick Mahomes having probably the worst game you’ll ever see him play. He struggled mightily while averaging only 4.3 yards per attempt, and the team has announced that he and the rest of the starters will play here. I think they’ll be highly motivated to get that bad taste out of their mouth before the start of the regular season, and should come out swinging as a result. The Vikings aren’t anything to be afraid of at the moment, and they’ve scored just 16 total points this preseason.