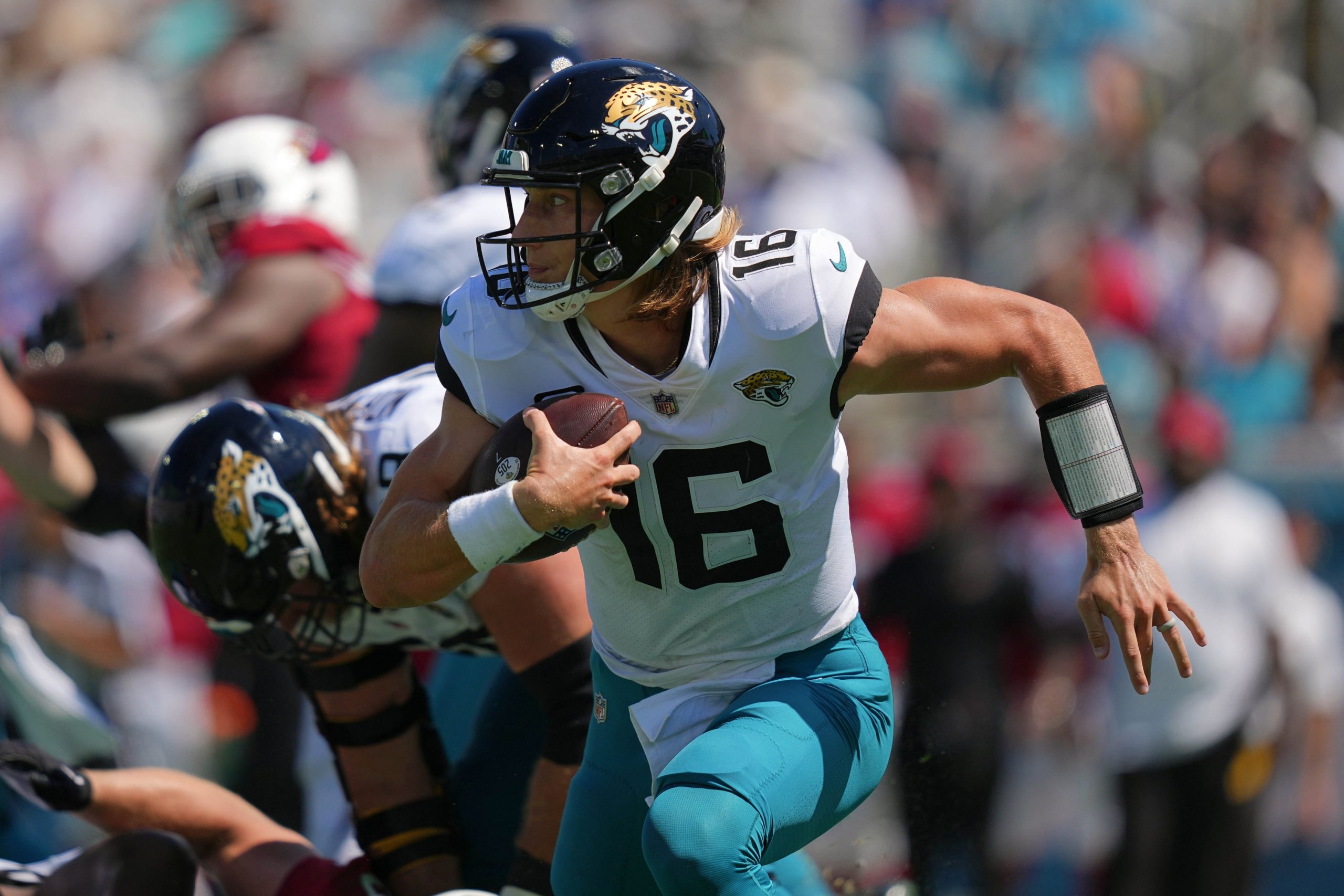 The Atlanta Falcons will be hoping to rebound from a 2-game losing streak — and an especially bad one, too — when they visit the Jacksonville Jaguars in Week 12. Jacksonville has a worse record (2-8) but has played better of late. Let’s take a look at the best same game parlay option for Falcons vs Jaguars, and also be sure to check out our full game preview for picks on the side and total.

Part of the value in same game parlays, of course, is that all of its components can be correlated if you so choose. That is some of the plan here, as James Robinson scoring a touchdown would obviously work well with a Jacksonville win. At the same time, plays that aren’t correlated drive up the overall payout of the parlay. That is the case with tipping Kyle Pitts to reach paydirt, as well. But even if Pitts does, there is no reason why the Jaguars can’t take care of business. Let’s break down each of the three legs one by one.

Atlanta has been outscored by a ridiculous 68-3 margin over the past 2 weeks, losing 43-3 against Dallas and 25-0 against New England. How the 4-6 Falcons were once 4-4 would appear to be a mystery on the surface until you consider that 3 of their wins have come against the Giants, Jets, and Dolphins. The Jaguars are another underwhelming opponent, but 2 of their 3 most recent performances have been surprisingly respectable. They shocked Buffalo 9-6 in Week 9 and lost 23-17 at Indianapolis in Week 10. Jacksonville is third in the NFL in yards per rush allowed (3.9) and Atlanta is third-to-last in rushing. To say that the visitors are going to be one-dimensional on Sunday would be a gross understatement, and few teams can win in this league while being one-dimensional.Don’t be surprise if the Jaguars win this one outright.

Robinson has found the endzone 7 times this season and all 7 TDs have come in the last 7 games. Only once since Week 2 has he failed to reach paydirt. There is no reason to think that anything will change against the Falcons. They are 25th in the NFL in rushing defense and in the middle of the pack in terms of touchdowns allowed on the ground. Given how inept the Jaguars’ passing attack has been of late (Trevor Lawrence has 438 yards and 0 scores in the last 3 weeks), this team will once again have to do its damage with Robinson.

Cordarrelle Patterson (ankle) has missed the last 2 games and he is questionable for this one. Calvin Ridley (personal) is still out, so Ridley is the only reliable weapon at Matt Ryan’s disposal these days. Jacksonville’s passing defense is unspectacular at best and it has allowed the 10th-most fantasy points to tight ends in 2021.