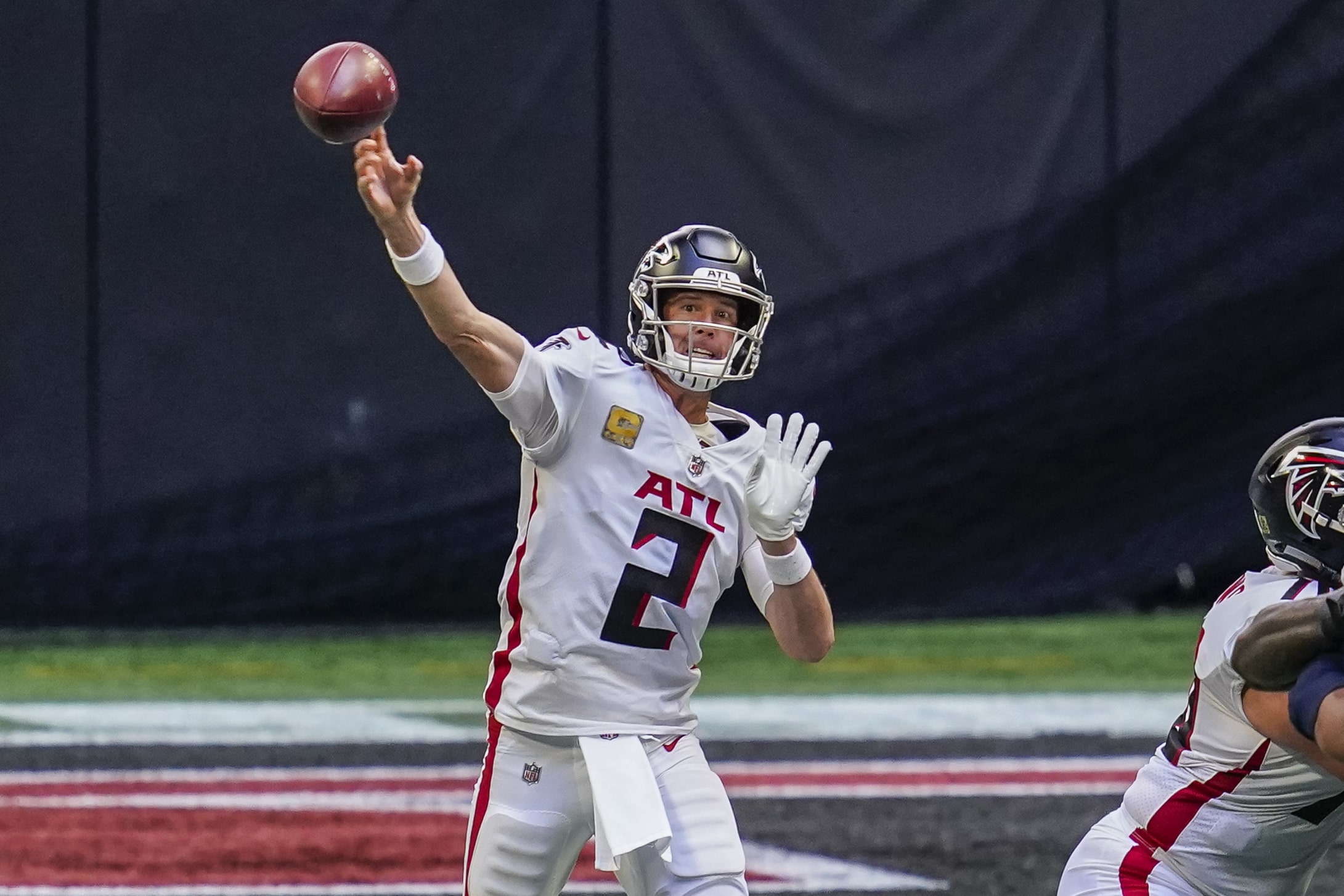 The New Orleans Saints will be fighting for their playoff lives when they visit their NFC South rivals the Atlanta Falcons on Sunday afternoon. New Orleans needs a win and a loss by San Francisco to the Rams in order to snag a wild-card spot. Let’s take a look at the best same game parlay option for Saints vs Falcons, and also be sure to check out our full game preview for picks on the side and total.

Part of the value in same game parlays, of course, is that all of its components can be correlated if you so choose. That is some of the plan here, as Taysom Hill finding the endzone would obviously work well with an over pick. At the same time, plays that aren’t correlated drive up the overall payout of the parlay. That is the case with backing Atlanta to win even though Hill scores, but there is no reason why the Falcons can’t accomplish that feat.

Regardless of this Week 18 result, if the Saints miss the postseason they can really pinpoint a Week 9 home loss to the Falcons as the reason. New Orleans was a -6.5 favorite and lost 27-25. Trevor Siemian was playing quarterback instead of Hill, but QB play was hardly why the Saints lost. Siemian passed for 249 yards and 2 touchdowns without getting picked off. The problem for the home team was that it let Matt Ryan throw for 343 yards — also with 2 TDs and no INTs. Although the Saints’ defense has improved since that game, their offense has not — not even with Hill under center. Alvin Kamara is doing nothing on the ground and he has surpassed 68 yards in receiving only once this season. The Falcons, who lost at Buffalo last Sunday, have not dropped 2 games in a row since Weeks 10 and 11.

A total of 52 points were scored in the previous head-to-head matchup and this one is also being played in a controlled environment in which January weather won’t be factor. New Orleans also has Taysom Hill back under center and he absolutely terrorized Atlanta at times last season. Although the Falcons’ defense stinks (mainly because it has the worst pass-rush in the NFL with 17 sacks; no other team has fewer than 26), the good news for them is that QB Matt Ryan has gone 5 consecutive games without throwing an interception. The over is 5-2 in the Falcons’ last 7 against the NFC South.

Hill has picked up the pace on the ground over the past month in a big way. He has kept it himself at least 11 times in 4 consecutive contests, having previously not had more than 6 carries in any game during the 2021 campaign. He scored twice in a 30-9 rout of the Jets on December 12. It should also be noted that Hill generally abuses the Falcons with his feet. In 2 games last season, the former BYU star rushed 10 times for 49 yards and 2 TDs and then for 83 yards on 13 keepers.