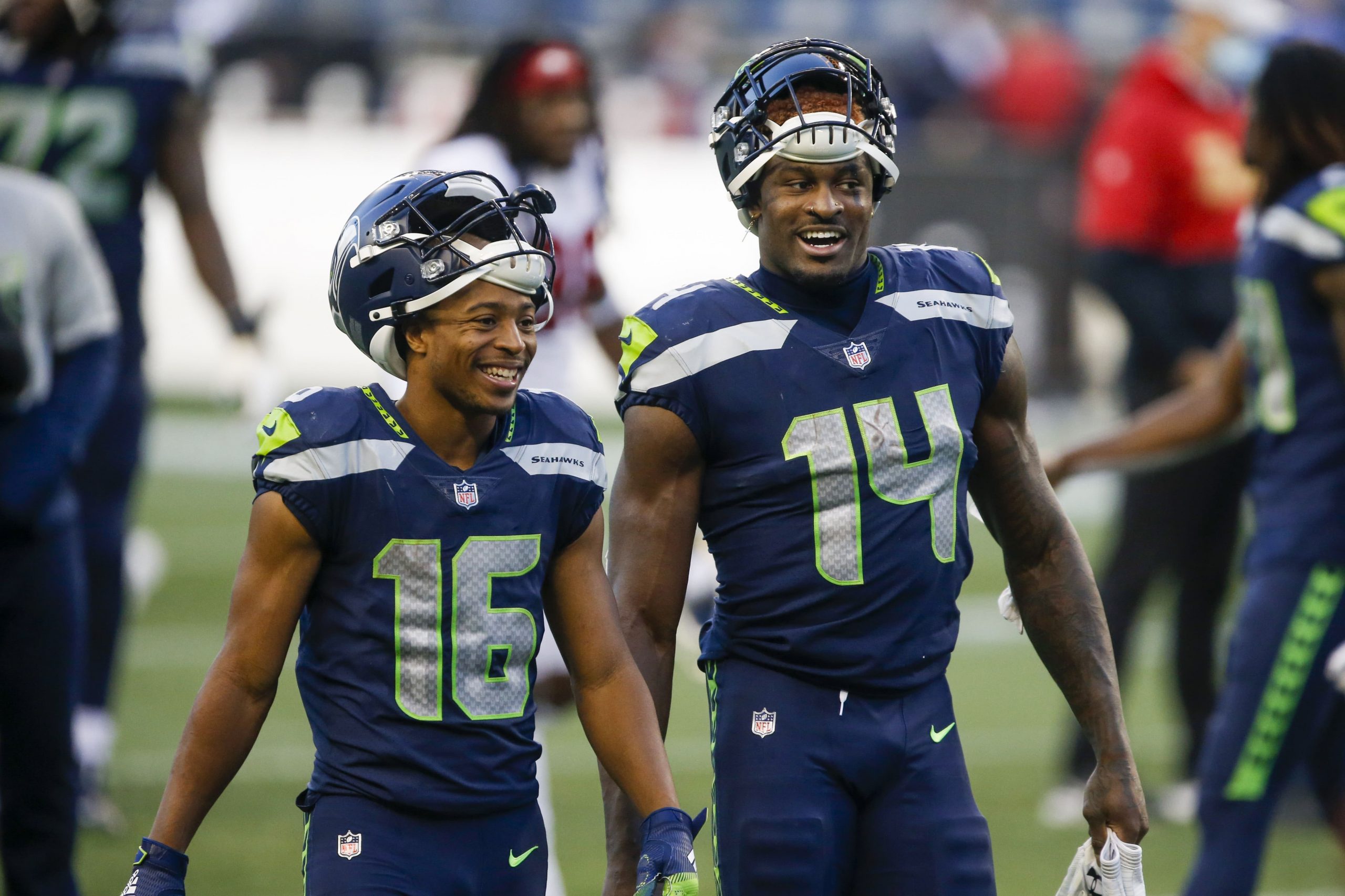 The Chicago Bears (4-10) have lost a ridiculous 8 of their last 9 games heading into a road date with the Seattle Seahawks on Sunday afternoon. Seattle is almost as bad at 5-9. Let’s take a look at the best same game parlay option for Bears vs Seahawks, and also be sure to check out our full game preview for picks on the side and total.

Part of the value in same game parlays, of course, is that all of its components can be correlated if you so choose. That is the entire plan here, as Tyler Lockett finding the end zone twice would obviously work well with a Seattle win and cover. Let’s break down each of the two legs one by one.

Once 3-2, Chicago has improbably become just the second NFC team (after Detroit) to be officially eliminated from playoff contention. That’s what happens when you lose 8 times in the span of 9 games, a futile stretch that saw the Bears most recently lose to Minnesota on Monday Night Football via an unceremonious 17-9 decision. Now head coach Matt Nagy’s squad is playing on a short week, which only adds insult to injury. Nagy doesn’t have much to work with outside of rookie quarterback Justin Fields, as the offensive line is terrible, the wide receiver corps is banged up, and there are injuries (and Covid-19 issues) all over the defense. Now Fields is out with an ankle injury, Andy Dalton is also injured, and therefore Nick Foles is starting.

It is true that Seattle is playing on an even shorter week after falling to the Rams in a rare Tuesday affair, but a veteran club led by head coach Pete Carroll and quarterback Russell Wilson is better suited to handle extenuating circumstances. Plus, the Seahawks are just better. Sure they have massively underachieved in 2021, but from a talent perspective Chicago isn’t close. If Wilson had not been injured earlier in the season, the Hawks would almost certainly be in the playoff picture. The Bears are 0-5 against the spread in their last 5 overall, 2-6 ATS in their last 8 on the road, and 8-20 ATS in their last 28 against the NFC.

Lockett is back from a one-game absence (Covid-19) and head coach Pete Carroll has confirmed that one of his two star wideouts is totally ready to go. In fact, Lockett is probably back and better than ever after benefiting from what amounts to an individual bye week. He will be well-rested to torch a vulnerable Chicago defense. The Bears have allowed the fourth-most passing touchdowns in the NFL (26) and they are missing 2 starters in the secondary. Meanwhile, DK Metcalf’s production has slipped in a big way and he is the kind of guy who will lose interest with his numbers lacking and his team virtually out of contention. This should be Lockett’s game. He has scored TDs in each of his past 2 contests, so there is no reason why he can’t do so twice against the Bears.