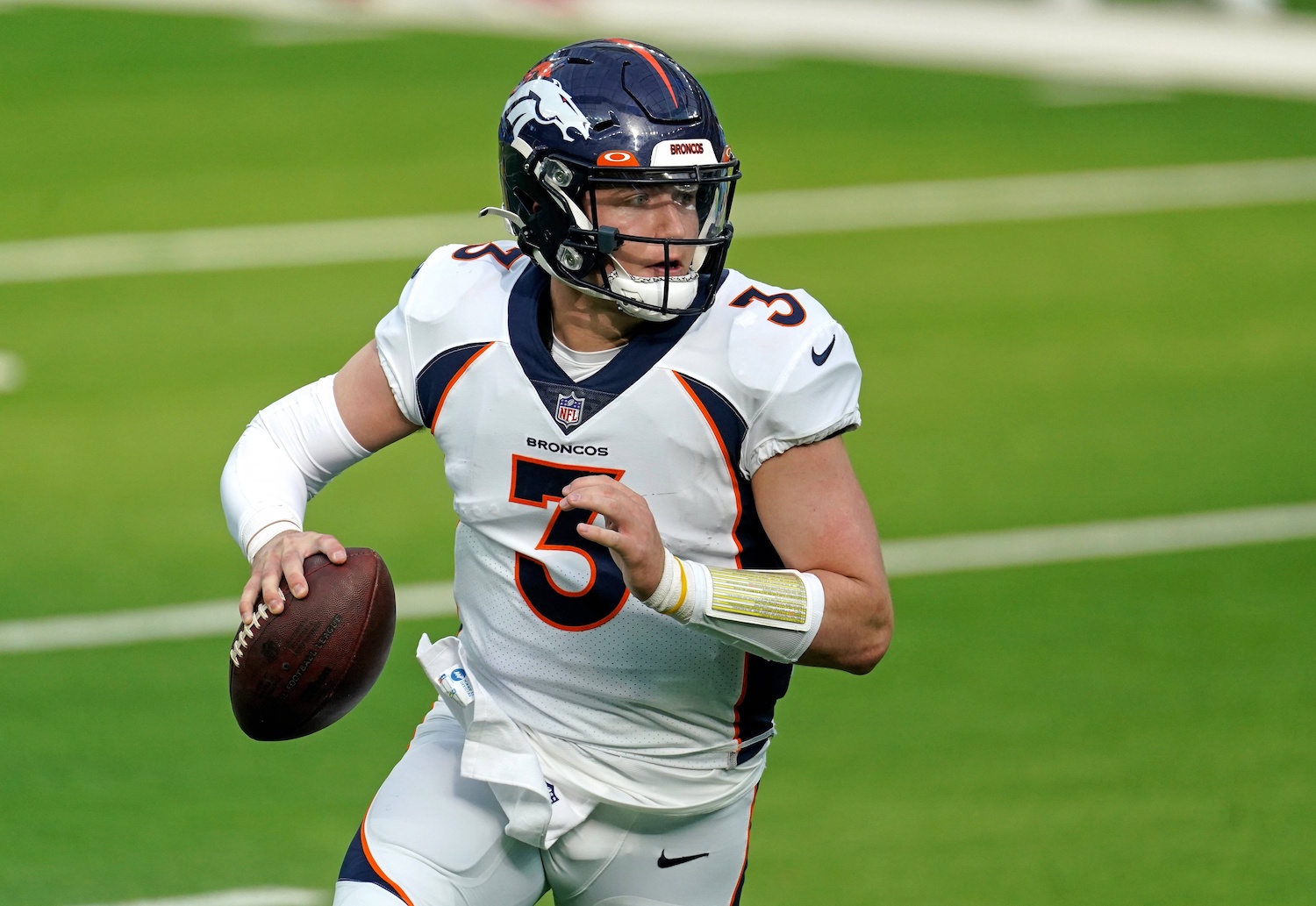 The Los Angeles Chargers will be fighting for their playoff lives when they entertain the AFC West rival Denver Broncos on Sunday afternoon. Denver is also mathematically alive for what it’s worth, but at 7-8 those hopes aren’t really realistic. Let’s take a look at the best same game parlay option for Broncos vs Chargers, and also be sure to check out our full game preview for picks on the side and total.

Javonte Williams to score a touchdown (+105)

Part of the value in same game parlays, of course, is that all of its components can be correlated if you so choose. That is some of the plan here, as Javonte Williams finding the endzone would obviously work well with a Denver cover. A Williams TD doesn’t necessarily go well with an under play, but it helps drive up the overall payout of the parlay. Let’s break down each of the three legs one by one.

Los Angeles had been in good shape for much of the season, but a current 2-game losing streak now has this team on thin ice. The first of the two setbacks was not bad at all (to Kansas City in overtime), but last week’s 41-29 loss to Houston was obviously an unmitigated disaster. It’s quite simply hard to recover from that bad of a result — especially when your season was on the line. The Chargers’ entire starting secondary is either out or questionable for this weekend, so things on the defensive side may actually continue to get worse before they get better. Although the Broncos are by no means the most explosive team in the business, they could be able to take advantage. Thy have produced three 100-yard rushers in the last six contests (Williams twice; Melvin Gordon III once). It should also be noted that the Broncos surrendered a total of just 32 points to Cincinnati and Las Vegas over the past two weeks. Denver is 7-3 ATS in its last 10 trips to Los Angeles. The Chargers are 2-5 ATS in their last seven overall, 1-6 ATS in their last seven against the AFC, and 1-4 ATS in the last five meetings between the two teams.

As good as Denver’s defense has been, the offense — outside of Williams and Gordon — has been woeful at best. The Broncos scored just 10 points against the Bengals in Week 15 and managed only 13 against the Raiders last Sunday. Teddy Bridgewater (concussion) is out. Drew Lock will start. The under is 4-0 in the Broncos’ last four on the road. It is also 6-2 in the last eight head-to-head matchups and 10-1 in Denver’s last 11 at Los Angeles. In order for the Broncos to cover, this will probably have to be a low-scoring affair. Therefore I see little risk in playing Denver +7.5 and Under 45 together in this parlay.

Javonte Williams to score a touchdown (+105)

Both Williams and Gordon are listed as questionable, but they are expected to play. Given that Gordon gained negative-4 rushing yards on 7 attempts last week, you have to think Williams is the healthier of the two. With Bridgewater sidelined along with WRs Jerry Jeudy and Tim Patrick, Denver is going to run, run, and run some more. Plus, the Chargers’ run defense stinks. They rank 29th in the league in that department and have allowed 21 TDs on the ground. Williams has scored 5 touchdowns in the last 5 games, so roll with him again on Sunday.