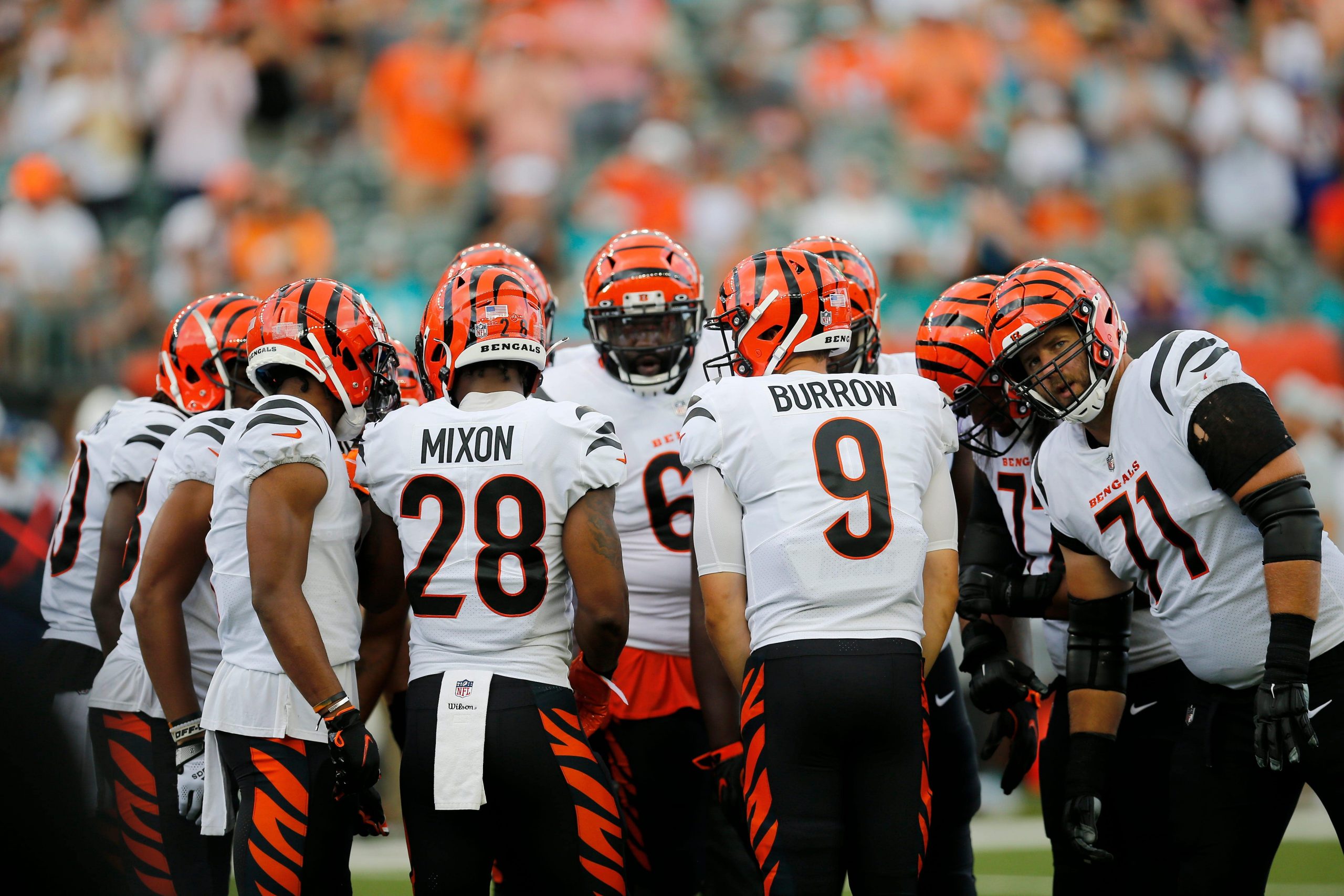 The Cincinnati Bengals will be hoping to extend their winning streak to 3 games when they host the Los Angeles Chargers on Sunday afternoon. Los Angeles, on the other hand, has lost 4 of its last 6. Let’s take a look at the best same game parlay option for Chargers vs Bengals, and also be sure to check out our full game preview for picks on the side and total.

Part of the value in same game parlays, of course, is that all of its components can be correlated if you so choose. That is some of the plan here, as Ja’Marr Chase scoring a touchdown would obviously work well with a Cincinnati win and cover. At the same time, plays that aren’t correlated drive up the overall payout of the parlay. That is the case with tipping Justin Herbert to throw for a fair amount of yards. But even if Herbert does, there is no reason why the Bengals can’t take care of business. Let’s break down each of the three legs one by one.

Cincinnati is coming off complete blowouts of Las Vegas (32-13) and Pittsburgh (41-10). The bye week apparently came at exactly the right time for the Bengals, as they had previously lost 2 in a row. But they have come out of it looking like gangbusters, scoring 73 points in their last 2 outings. Running back Joe Mixon has been on fire, rushing for 288 yards in the last 2 games and scoring 6 touchdowns in the last 3. Seemingly every team in the NFL has endured some kind of swoon this year, and the Chargers appear to be in theirs right now. They are suddenly just 6-5 after beginning the season 4-1. The road has been especially bad for them of late. They were humiliated 34-6 at Baltimore, barely beat a struggling Philadelphia squad 27-24, and fell 28-13 at Denver last weekend. Los Angeles has surrendered at least 24 points in 7 consecutive contests. It is dead last in the league in rushing defense and 26th in sacks (21). Don’t be surprised if the Bengals win this one by at least a touchdown.

As mentioned above, the Chargers aren’t getting much pressure on opposing quarterbacks. They also have no secondary depth at the moment because of multiple injuries. This is a great opportunity for Chase and former LSU teammate Joe Burrow to get back on track on the heels of three relatively subpar performances by Chase in the yardage department. Despite that, he still managed to score a touchdown 2 weeks ago against Las Vegas – giving him 8 for the season.

This actually doesn’t conflict at all with a convincing win for Cincinnati. After all, if the Bengals play from ahead for all or most of the game then L.A. is going to have to air it out early and often. Either way, this isn’t a huge number for Herbert. The former Oregon star is coming off performances of 382 and 303 yards against Pittsburgh and Denver, respectively. He also went for 356 at Philadelphia’s expense on Nov. 7. Cincy is 25th in the NFL against the pass, so Herbert should exceeded this number and probably even get over 300 again.