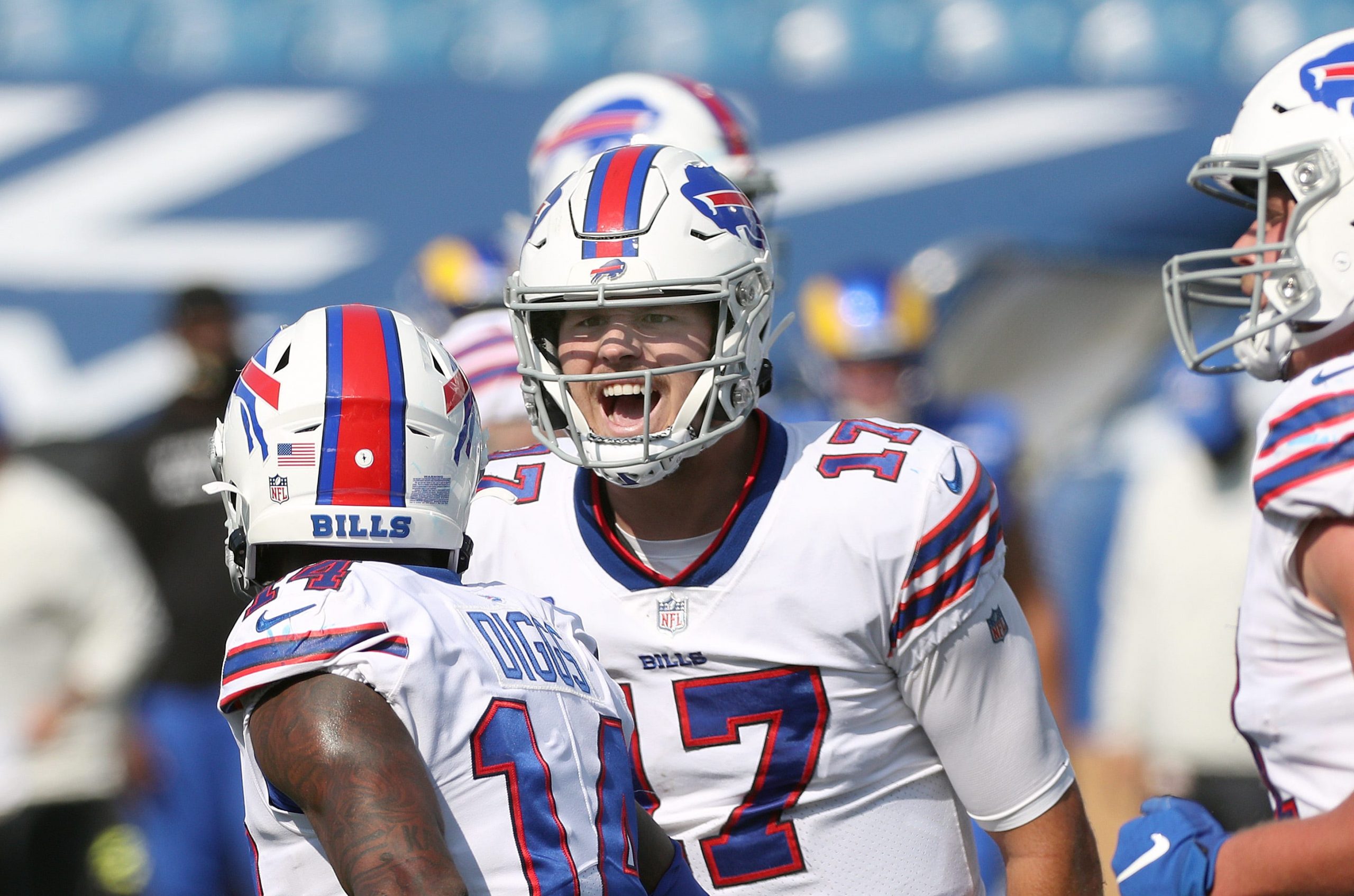 The biggest beatdown of the week is expected when the Buffalo Bills visit the Jacksonville Jaguars on Sunday. Buffalo is favored by more than two touchdowns, good for by far the loftiest spread of the entire NFL slate. Let’s take a look at the best same game parlay option for Bills vs Jaguars, and also be sure to check out our full game preview for picks on the side and total.

Part of the value in same game parlays, of course, is that all of its components can be correlated if you so choose. That is some of the plan here, as Josh Allen and Emmanuel Sanders racking up their fair share of yards would obviously work well with a big win by Buffalo. At the same time, plays that aren’t correlated drive up the overall payout of the parlay. That is the case with betting on Laviska Shenault Jr. to have a relatively productive afternoon, but that really doesn’t conflict too much with the Bills pick. Let’s break down each of the four legs one by one.

The Bills boast the highest point differential in the NFL, by a lot. They have outscored their opponents by a total of 120 points; the only other team in the same ballpark of that number is Arizona (+108). The Bills are 5-1 in their last 6 contests, with their only loss during this stretch coming via a 34-31 decision against Tennessee. They enjoyed a bye in Week 7 and then hammered Miami 26-11 last weekend. This will be an especially tough test for Jacksonville quarterback Trevor Lawrence, as Buffalo features far and away the best passing defense in the league (182.4 yards allowed per game). The Bills have six more interceptions (11) than passing touchdowns allowed (5). Jacksonville is 1-6 and 5 of its losses have come by double digits; it’s hard to see head coach Urban Meyer’s crew keeping this one close.

The Jaguars are 28th in the NFL against the pass and the only reason why they are not dead last is that they are generally playing from behind and opponents are content to mostly run the football. In reality, Jacksonville’s pass defense is the second-worst in the league. It is allowing 8.9 yards per attempt; only Detroit is worse. As for Allen, he has thrown for at least 315 yards in 3 of the last 5 contests.

Cole Beasley is questionable, as is tight end Dawson Knox. Sanders is already a big part of the offense, and he may be to an even greater extent on Sunday. Sure a zero-catch performance last week is alarming, but it was clearly an aberration as opposed to the rule. The SMU product had previously gained at least 52 yards in 5 of the last 6 games and not once had he been limited to fewer than 48. As mentioned above, the Jags stink against the pass. Sanders should exceed this number with ease.

No, the Jaguars are not going to do a ton of damage through the air. But Trevor Lawrence is going to be slinging it around left and right with his team surely trailing on the scoreboard early and often. It really won’t require much success for Shenault to surpass the 38.5 yardage number.  LSJ has recorded at least 48 receiving yards in 4 of the last 5 games.