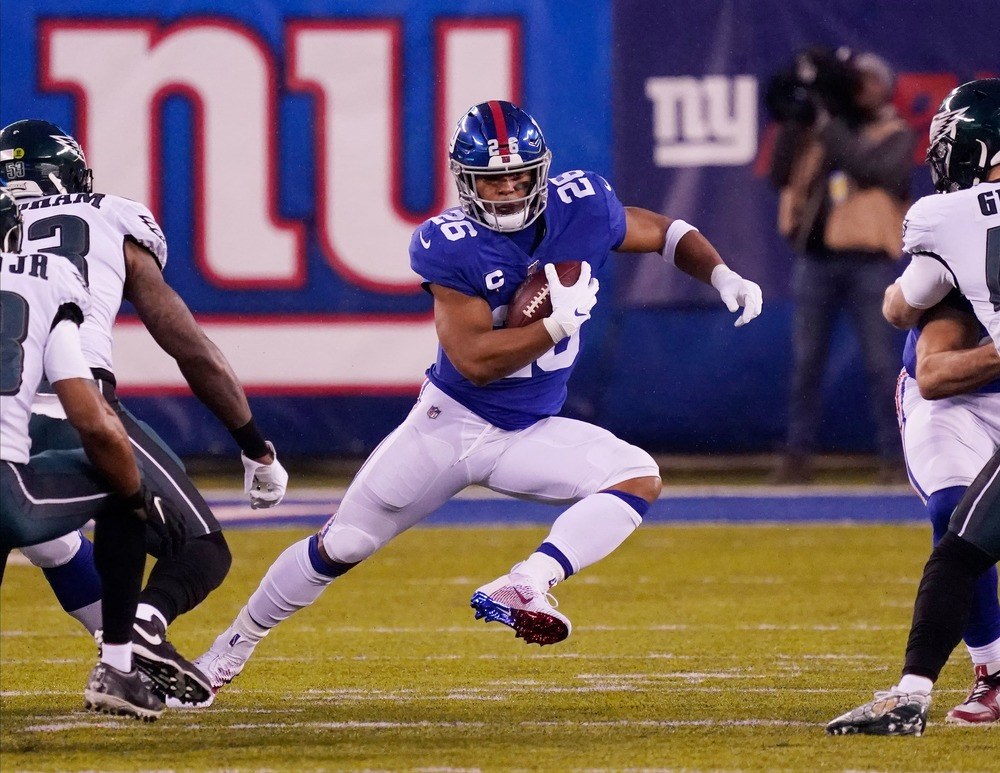 The Philadelphia Eagles will be trying to improve on their playoff standing in the NFC when they host the division rival New York Giants on Sunday afternoon. Philadelphia recently improved to 7-7 with a win over a different NFC East opponent (Washington) in a rare Tuesday night contest. New York has lost three in a row. Let’s take a look at the best same game parlay option for Giants vs Eagles, and also be sure to check out our full game preview for picks on the side and total.

Saquon Barkley to score a touchdown (+195)

Part of the value in same game parlays, of course, is that all of its components can be correlated if you so choose. That is the entire plan here, as Saquon Barkley finding the end zone would obviously work well with a Giants win. Let’s break down each of the two legs one by one.

The Eagles are still on the outside looking in when it comes to a post-season spot, and that is not where the bad news ends. One, they are playing on a very short week following Tuesday’s game and that could be problematic for a young team. Two, head coach Nick Sirianni tested positive for Covid-19 on Wednesday. Now, let’s be honest; a Nick Sirianni absence would be a lot less significant than a Bill Belichick absence. But it certainly isn’t ideal, and who knows if it will lead to a bigger coronavirus outbreak within the organization. Although there really isn’t much good to say about the Giants, they can turn this into a low-scoring affair and thus maximize their chances of pulling off an upset. They have held 3 of their last 4 opponents and 6 of their last 8 to 21 points or fewer. Moreover, New York just faced Philly in Week 12 and won 13-7. Sure this one is in the City of Brotherly love, but the Eagles are a horrendous 2-4 at home this season. Anything can happen in NFC East battles, so a Giants victory really wouldn’t be shocking.

Saquon Barkley to score a touchdown (+195)

Barkley has had at least 17 touches in 4 consecutive contests and he scored 2 weeks ago against the Chargers (via reception). Although this is pretty much a lost season for Barkley and the Giants, he is at least starting to look somewhat closer to 100% upon his return from a torn ACL. Up next for the Giants is Philadelphia, which is surrendering 106.1 rushing yards per game and has given up 15 rushing TDs. It’s a decent run defense, but nothing special. The Eagles aren’t completely going to shut down Barkley – especially not when he figures to get a substantial workload with Mike Glennon instead of Daniel Jones under center. It would be wise for New York to especially feature Barkley in the red zone.

I also like this parlay a lot since Barkley scoring a TD would obviously enhance the visitors’ chances for a ML win.