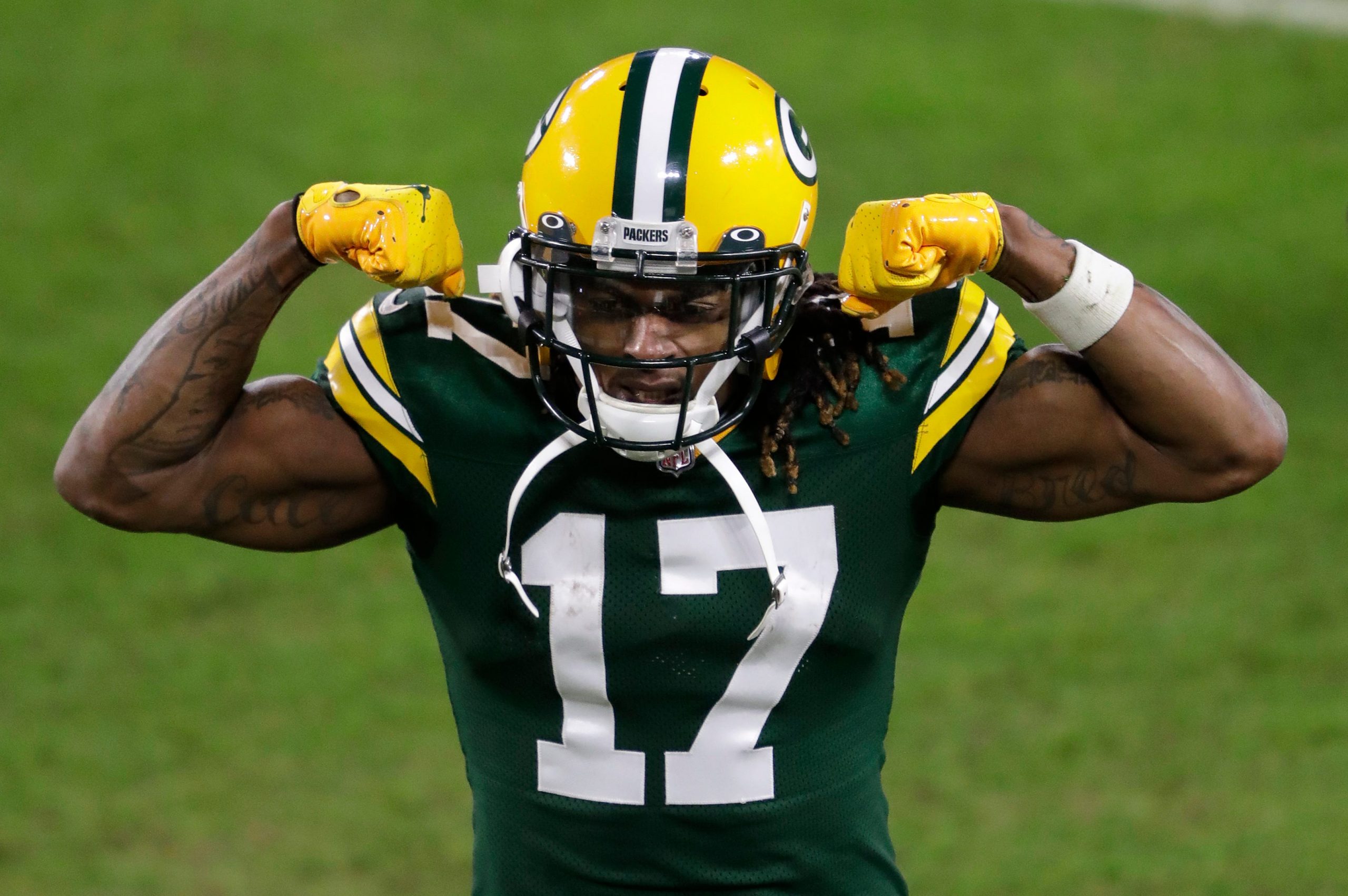 Aaron Rodgers won’t be on the field when the Green Bay Packers visit the Kansas City Chiefs in Week 9. Rodgers tested positive for Covid-19 earlier this week and he isn’t vaccinated, which means he is forced to sit out at least one game. Will Kansas City be able to take advantage? Let’s take a look at the best same game parlay option for Packers vs Chiefs, and also be sure to check out our full game preview for picks on the side and total.

Davante Adams to score a touchdown (+220)

Part of the value in same game parlays, of course, is that all of its components can be correlated if you so choose. That is the entire plan here, as Davante Adams having a huge day at the office would obviously work well with a Green Bay cover. Let’s break down each of the three legs one by one.

With Rodgers out, it’s Jordan Love time in Green Bay, at least temporarily. Love was infamously taken in round one of the 2020 NFL Draft – much to Rodgers’ chagrin. Love’s sample size of play is obviously small; in fact, he is just 5-for-7 passing in his entire career. The good news for the former Utah State standout is that he is plenty of weapons at his disposal in the form of Adams, Aaron Jones, and plenty of others. Perhaps the best news for Green Bay going into this one is that the Chiefs do not appear to be the Chiefs of old. The two-time defending AFC champions are a disappointing 4-4 and their most recent setback was a 27-3 humiliation against Tennessee. Since Week 1, Kansas City has not defeated anyone outside of the three non-Dallas NFC East representatives. The Packers are 7-0 ATS in their last 7 overall, 4-0 ATS in their last 4 overall, and 4-1 ATS in their last 5 as underdogs. Kansas City is 4-15 ATS in its last 19 overall and 4-14 ATS in its last 18 as a favorite.

Davante Adams to score a touchdown (+220)

I’m doubling down on Adams here, and there is no reason why he can’t deliver. He is off the injury report and has found the end zone in 3 of the last 5 games. At least one of those aforementioned opportunities should see him to the end zone this weekend. Kansas City is tied for 6th in most passing touchdowns allowed at 15.