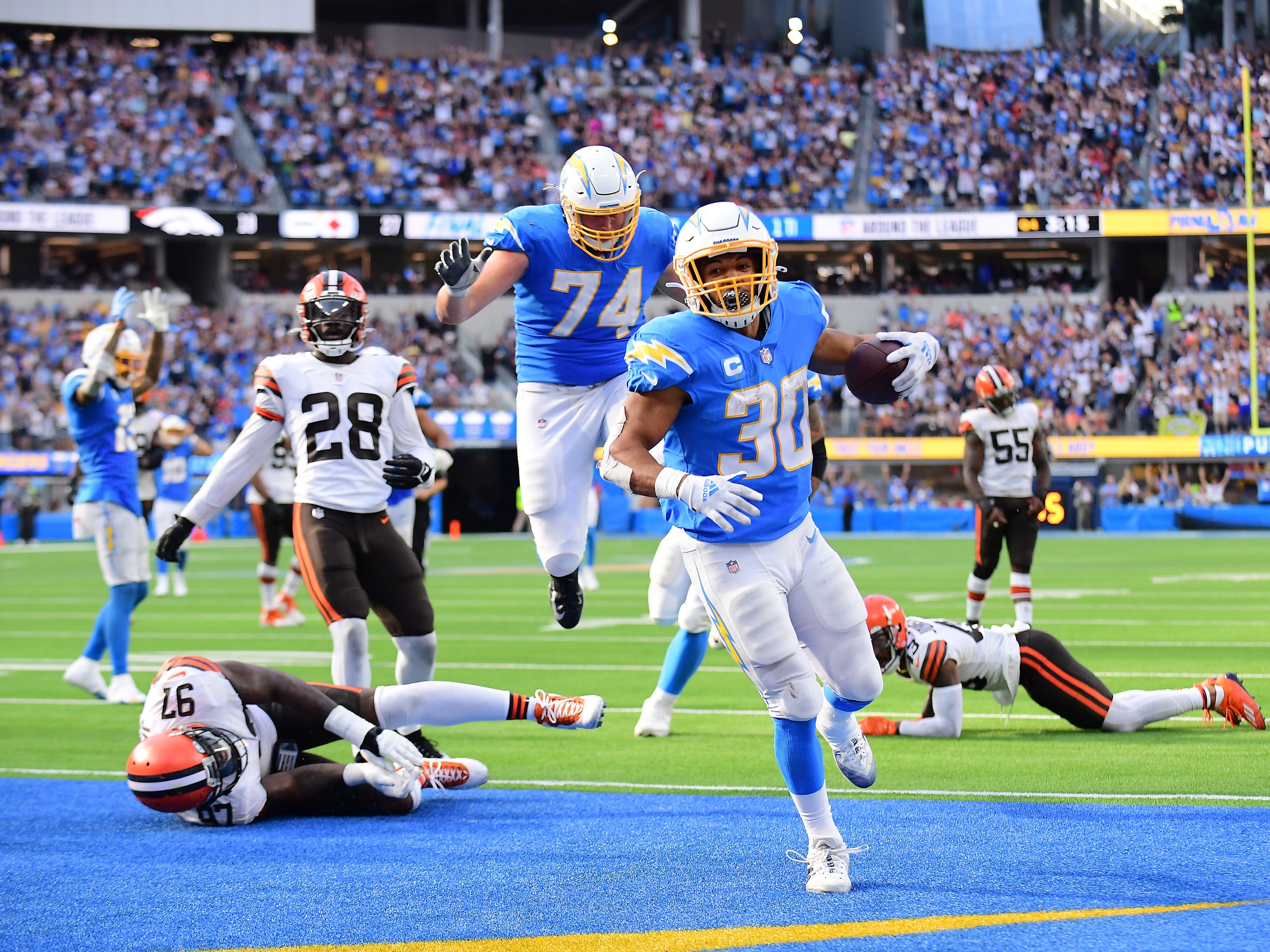 The Los Angeles Chargers will be trying to remain atop the high-powered AFC West when they entertain the Minnesota Vikings on Sunday afternoon. Los Angeles is tied for first in the division with Las Vegas at 5-3 but currently holds the tiebreaker. Let’s take a look at the best same game parlay option for Vikings vs Chargers, and also be sure to check out our full game preview for picks on the side and total.

Part of the value in same game parlays, of course, is that all of its components can be correlated if you so choose. That is part of the plan here, as Austin Ekeler racking up his fair share of rushing yards would obviously work well with a Los Angeles win. At the same time, plays that aren’t correlated drive up the overall payout of the parlay. That is the case with tipping Dalvin Cook to score a touchdown. But even if Cook does, you still have to feel good about the Chargers’ chances. Let’s break down each of the three legs one by one.

The Chargers’ losses have come only to Dallas, Baltimore, and New England. Their performance against the Ravens was a disaster, but setbacks against Dallas and New England came by a combined 6 points. Los Angeles most recently prevailed 27-24 at Philadelphia last weekend. Ekeler, Justin Herbert, Keenan Allen and Mike Williams give the Bolts one of the best skill position lineups in the league. Allen (knee) is listed as questionable, but he is expected to be good to go. The Vikings’ injury report includes four questionable defensive starters and one who is definitely out (safety Harrison Smith). They haven’t won a game since October 17 and that was in overtime against lowly Carolina. Minnesota has not won in regulation since October 10 and that was by 2 points over winless Detroit. Minnesota is 4-11 ATS in its last 15 overall. The Chargers are 9-3 ATS in their last 12 overall.

Ekeler has amassed at least 54 rushing yards in seven of eight games this season, so asking him to reach the 70-mark really isn’t too much—especially not against Minnesota. The Vikings are third-to-last in the league in rushing defense, allowing 136.6 yards per game on 4.8 yards per carry.

Cook has scored only two touchdowns this season, but he has played in just six games. Over the past three contests the former Florida State star has one TD to go along with a 140-yard performance and 110-yard effort last week at Baltimore. Minnesota has a friendlier matchup with Los Angeles this weekend, at least when it comes to running the football. The Chargers are dead last in the NFL by a country mile at 161.6 rushing yards per game and they have surrendered 11 touchdowns on the ground.