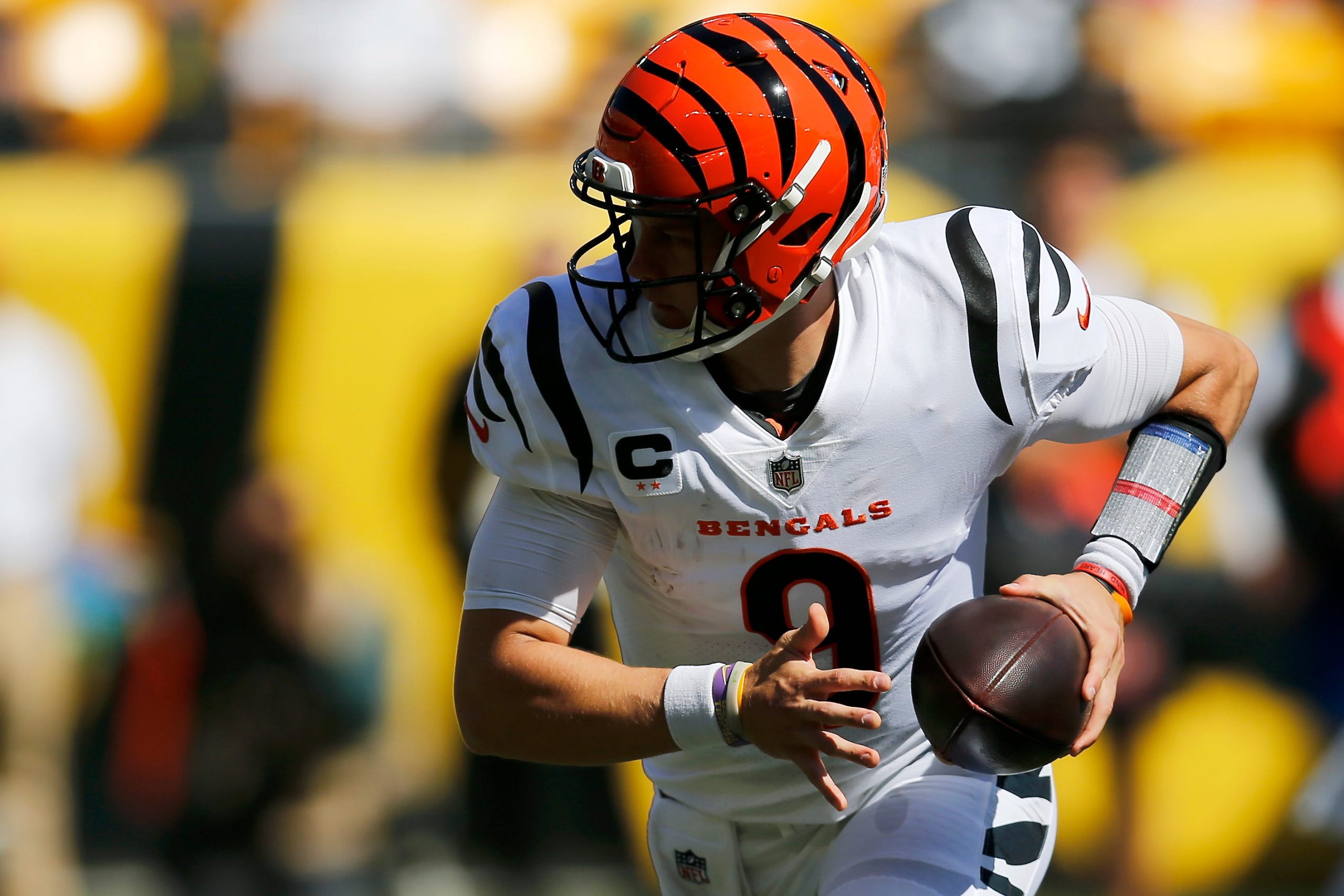 It will be a battle for first place in the AFC North when the Cincinnati Bengals entertain the Baltimore Ravens on Sunday afternoon. Cincinnati has come on strong after it once seemed like Baltimore was in complete control of the division. Let’s take a look at the best same game parlay option for Ravens vs Bengals, and also be sure to check out our full game preview for picks on the side and total.

Part of the value in same game parlays, of course, is that all of its components can be correlated if you so choose. That is the entire plan here, as both Joe Burrow reaching the 300-yard mark in passing and Ja’Marr Chase finding the endzone would obviously work well with a big win by Cincinnati. Let’s break down each of the three legs one by one.

The Bengals once seemed to have aspirations of nothing more than a wild-card spot in the playoffs, but they have won 3 of their last 5 games. That may not sound like an amazing hot streak (because it isn’t!), but it’s pretty darn good when you consider that the Ravens have won none of their last 3 games. That’s right, Baltimore is on a 3-game losing streak. Adding insult to injury, Lamar Jackson (ankle) is out and even backup Tyler Huntley (Covid-19) is no longer available. That means the visitors are down to third-stringer Josh Johnson. There are also injury issues all over the offensive line and receiver Sammy Watkins is on the Covid-19 list. Defensively, things aren’t any better. Linebacker Justin Houston is also on the Covid-19 list, DE Calais Campbell is dealing with a thigh issue, and the secondary is depleted. The Ravens have surrendered 20, 24, and 31 points in their past 3 games. One of their worst performances came against none other than the Bengals, who cruised 41-17 in Week 7. It was the defense that got Cincy back on the winning track last week in a 15-10 defeat of Denver. Based on respective current form, Jackson’s absence, and the Bengals having home-field advantage this time, there is no reason to think the Ravens will turn the tide from the previous head-to-head matchup.

In his team’s first win over Baltimore this season, Burrow erupted for 416 passing yards to go along with 3 scores through the air. Needless to say, getting 300+ at +194 and correlating it with a Chase touchdown and a Cincinnati double-digit win is an absolute steal. The Ravens are second-to-last in the league in passing defense, so there is no reason to think that they will suddenly contain Burrow after getting torched by him 2 months ago. It is also worth noting that the former Heisman Trophy winner has reached the 300-yard mark in 2 of the past 3 contests.

Bad news: Chase is in a bit of a slump right now. Good news: he will likely come out of it at the expense of an opponent that he has already torched once before this season. On October 24 against Baltimore, Chase erupted for 201 yards and 1 touchdown on 8 receptions. The rookie out of LSU has recorded 21 TDs in 2021, including 2 against San Francisco earlier this month (even though his yardage total was mediocre in that game, as it has been for the past 2 months). Only 7 teams have yielded more touchdowns via the airwaves than Baltimore (24).