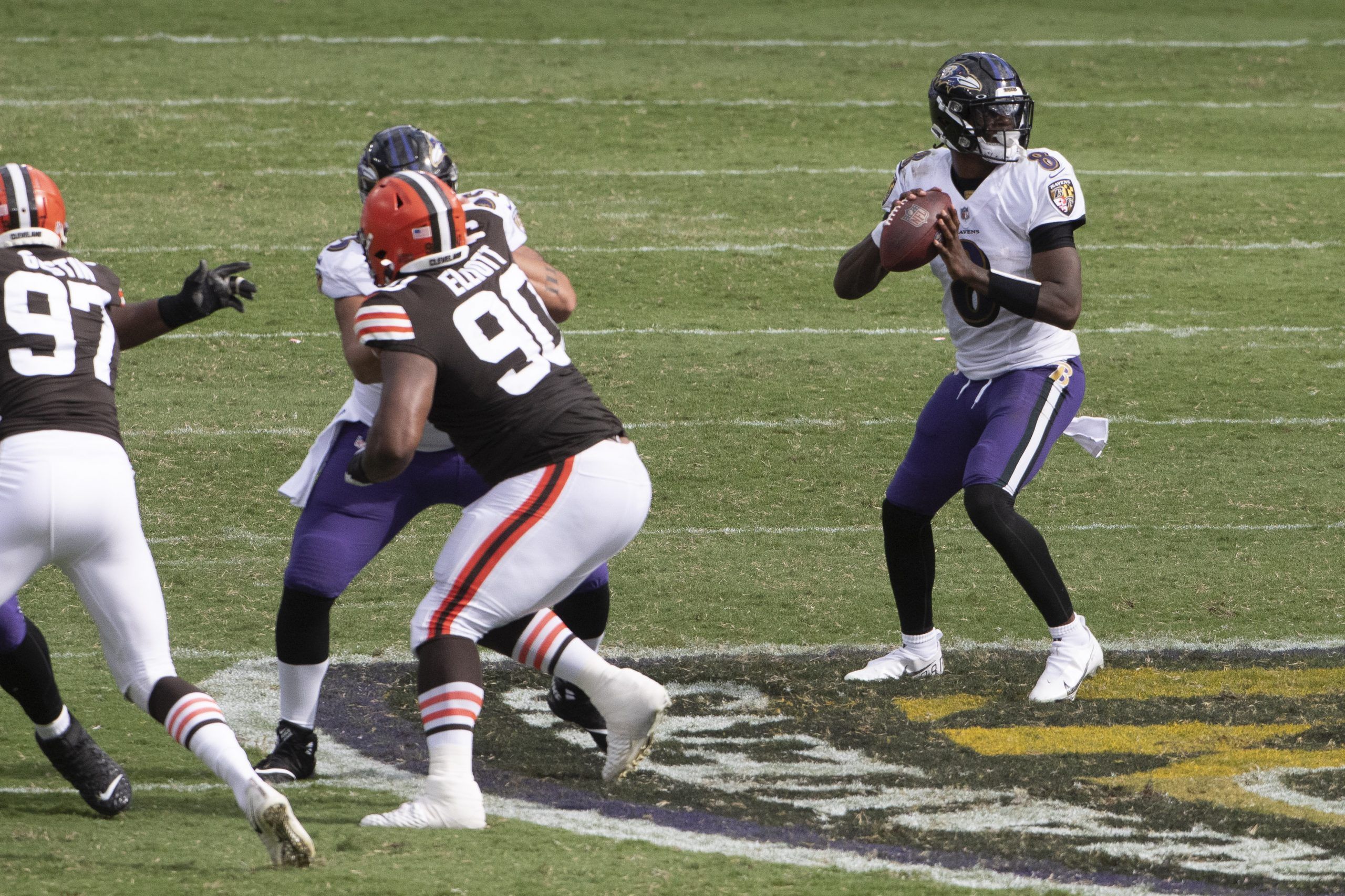 Since graduating from Davidson (The College That Stephen Curry Built), I have been writing about sports--just about any and all you can think of!--and coaching tennis in Atlanta, Ga. Beyond the four major sports, I am an avid tennis fan and cover the ATP Tour on a daily basis. If I'm not busy writing, you can generally find me on a tennis court or traveling the world wherever a sporting event takes me.
@Dimonator133
Updated: 4:30 AM ET December 11, 2021

The Baltimore Ravens will be eager to bounce back from a rough loss to Pittsburgh and stay atop the AFC North when they visit the Cleveland Browns in Week 14. Let’s take a look at the best same game parlay option for Ravens vs Browns, and also be sure to check out our full game preview for picks on the side and total.

Mark Andrews to score a touchdown (+200)

Part of the value in same game parlays, of course, is that all of its components can be correlated if you so choose. That is some of the plan here, as Mark Andrews scoring a touchdown would obviously work well with a Baltimore win. At the same time, plays that aren’t correlated drive up the overall payout of the parlay. That is the case with backing Nick Chubb to also find the endzone. But even if Chubb does, there is no reason why the Ravens can’t take care of business. Let’s break down each of the three legs one by one.

Baltimore had won 2 in a row before blowing a 4th-quarter lead against the Steelers and falling 20-19 last weekend. This team had no business losing a game in which it never trailed until the final 1 minute and 48 seconds, but it still leads the division by a game over Cincinnati. The Ravens are No. 1 in the league in rushing defense and they are surrendering an average of only 14.3 points over their past 3 contests. Interestingly enough, this is the Browns’ second consecutive game against the Ravens, having lost to them 16-10 in Week 12 prior to a bye. This just isn’t a good matchup for the Cleveland and it probably won’t change now based on current form. Baker Mayfield has 11 TDs and 6 INTs on the year, including 3 of each in the last 3 games. Cleveland often has to rely on its running game, but that’s not what anyone wants to do against the Ravens.

Mark Andrews to score a touchdown (+200)

Andrews has scored 5 touchdowns in 2021 and all 5 have come in the last 7 games. He has been targeted at least 8 times in five straight outings – including 10 times on three of those occasions. Lamar Jackson just loves Andrews, especially in the red zone. In the past two weeks the 2018 third-round pick out of Oklahoma has 8 catches for 115 yards and a TD. The Cleveland Browns have allowed the 11th-most fantasy points to tight ends in 2021. Overall they are in the middle of the pack in pass defense and have given up 22 passing touchdowns.

As good as Baltimore’s defense is against the run, it can be scored upon that way. The Ravens have surrendered 10 rushing TDs this season – which is a modest number but also not a dominant one. Chubb did not do much in this matchup 2 weeks ago (who did?!?!), but he has scored 4 TDs in the last 5 games. Getting him at close to even money represents solid value.