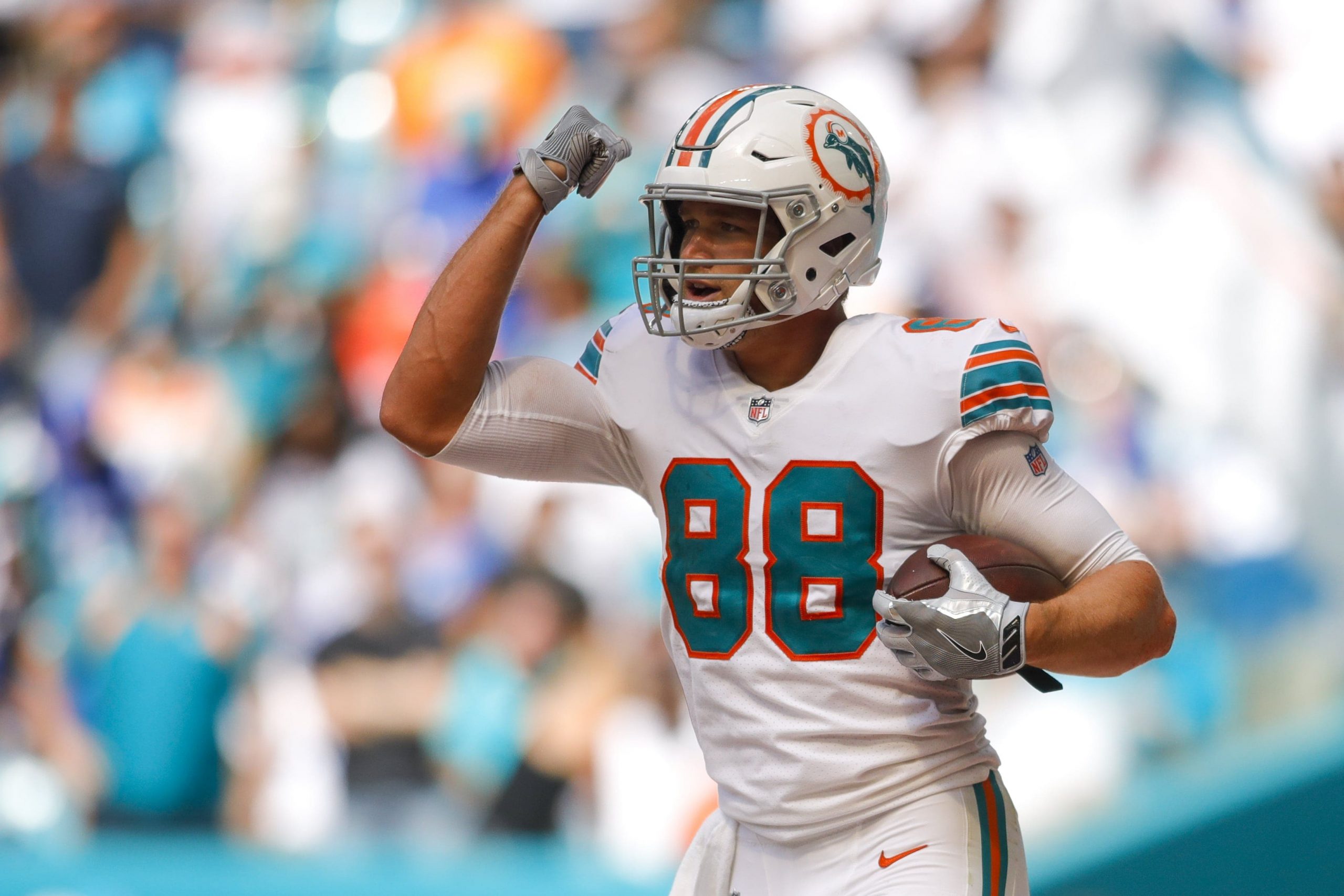 The Miami Dolphins have won a hard-to-believe 5 games in a row heading into Sunday’s AFC East rivalry matchup against the visiting New York Jets. New York is bringing up the rear of the division with a 3-10 record. Let’s take a look at the best same game parlay option for Patriots vs Colts, and also be sure to check out our full game preview for picks on the side and total.

Mike Gesicki to score a touchdown (+180)

Part of the value in same game parlays, of course, is that all of its components can be correlated if you so choose. That is the entire plan here, as both Tua Tagovailoa throwing for a bunch of yards and Mike Gesicki scoring a touchdown would obviously work well with a Miami win and cover. Let’s break down each of the three legs one by one.

Miami started the season 1-7 but has since reeled off victories over Houston, Baltimore, the Jets, Carolina, and the Giants to surge into playoff contention. During the Dolphins’ hot streak, the following are the point totals they have allowed to opponents: 9, 10, 17, 10, and 9. The Fins are eighth in the NHL in rushing defense at 103.8 yards given up per game and they have surrendered only 10 touchdowns on the ground. Rookie linebacker Jaelan Phillips has recorded at least a half of a sack in 5 consecutive contests and has 7 in total during this stretch. Given Miami’s run defense, Jets quarterback Zach Wilson will have to step up this weekend — and that’s easier said than done with the likes of Phillips coming at him. Wilson has thrown 11 interceptions in 9 games this season. He missed his team’s 24-17 home loss to the Dolphins in Week 11. New York is 1-5 ATS in its last six overall, 3-7 ATS in its last 10 against the AFC, and 0-4-1 ATS in its last five trips to Miami. The Dolphins are 5-0-1 ATS in their last six overall, 4-0 ATS in their last four at home, and 9-1-1 ATS in the last 11 meetings between the two teams. Miami is the way to go.

Tagovailoa’s posted yardage number is 252.5, but there is no reason why he can’t get all the way to 275 at New York’s expense. The former Heisman Trophy winner has 5 TD passes and only 1 INT in his last 4 outings. Even better news for Tagovailoa is this particular matchup. The Jets are 27th in the NFL in passing defense and dead last in passing yards allowed per attempt (8.3).

Mike Gesicki to score a touchdown (+180)

Gesicki has found the endzone just twice in 2021, but he has 59 catches on 90 targets for 642 yards. The Penn State product will likely maintain momentum against the hapless Jets, who – as mentioned above – cannot stop any opponent’s passing attack. They have also surrendered 21 scores through the air. Count on that number reaching 23 or 24 on Sunday, with Gesicki being partly responsible.