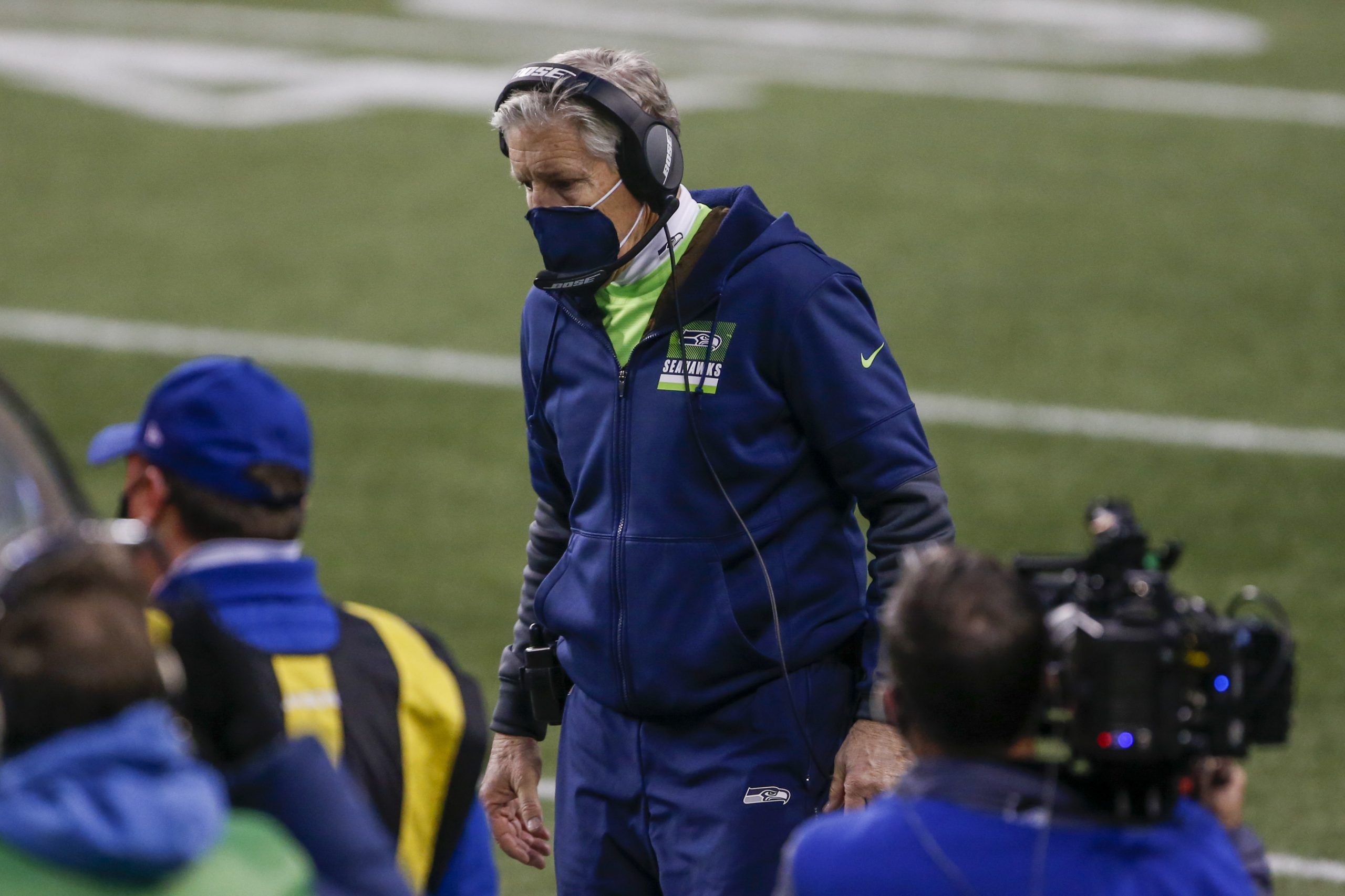 I'm an editor here at Pickswise who was raised in a household full of sports fanatics. Since I unfortunately never had LeBron James' jumping ability I wasn't able to make it to the NBA, and chose writing about sports as the next best thing. An avid sports bettor myself, I'm excited to get to write about the industry as it gets set to take off across the country. Buckle up.
Published: 18:23 PM ET August 13, 2021

The NFL season is right around the corner. We’ve had a few preseason games to tide us over, but the action will really get underway on Saturday with our first full slate of 10 games. Why not celebrate by going for a big payday? That’s right; we’re back with an NFL mega parlay–this time a three-teamer with a payout north of 15/1, and we’re counting on the Seahawks to pull a money line upset.

Reading the tea leaves is everything when it comes to preseason betting. And the tea leaves in New York tell me that the team isn’t fully bought-in on what Giants head coach Joe Judge is selling. Judge’s old-school schtick seems to be wearing a bit thin, and so I wouldn’t expect maximum effort here in Week 1 of the preseason.

Conversely it sounds like Jets players love first-time coach Robert Saleh, and I think they’ll be motivated to get him a win in his head coaching debut. I’m not a Daniel Jones fan at all, and after him on the quarterback depth chart the Giants only have Mike Glennon and Clayton Thorson.

This should be a pretty sloppy game. Without Deshaun Watson in the mix the Texans’ quarterback situation is far from ideal, and the Watson saga has cast a dark cloud over this team. Green Bay had an offseason filled with turmoil of their own, and I wouldn’t expect either side to look sharp offensively. The Texans are also now dealing with a COVID-19 situation with their offensive line on top of everything else.

They’ve got a new head coach, and rookie Davis Mills will likely get a lot of run here for the first professional action of his career, so I don’t think Houston will be scoring too many points on Saturday. Mills by all accounts hasn’t looked too sharp during practice, and Aaron Rodgers won’t be suiting up for the Packers.

Be sure to check out our full game preview for Houston Texans vs. Green Bay Packers

I’m not sure why the Seahawks are such substantial underdogs here. This line seems to have been made out of respect to Jon Gruden, who to be fair has excelled in the preseason. But so too has Seattle head coach Pete Carroll. In fact, Carroll is 25-14-1 against the spread in the preseason as coach of the Seahawks.

Marcus Mariota is a very solid backup quarterback, but he’s questionable for this one with a leg injury. I’d guess they won’t bother pushing him too much, which means Nathan Peterman should see the bulk of the action for the Raiders. I’d much rather have Seahawks backup Geno Smith, who has at least been in the league long enough to be able to move a preseason offense. Take Seattle on the money line.

In the battle for Los Angeles, I lean heavily toward the Chargers. Each year, Rams coach Sean McVay seems to take his aversion to preseason risk to a new level. It started with only playing the starters a little, then not at all. Now he’s graduated to resting pretty much everybody. I’m surprised they’re still even able to field enough players for this one. That’s because McVay just recently unveiled a list of *35* players who won’t take the field here against the Chargers.

That’s not just every single starter, it’s most of the second-string guys as well. Meanwhile, Chargers head coach Brandon Staley just announced a much more reasonable list of *eight* players who won’t be partaking in preseason action. The Chargers will start Chase Daniel at quarterback, a long-time veteran who is more than capable of moving a preseason offense against a bunch of third and fourth-string defenders.