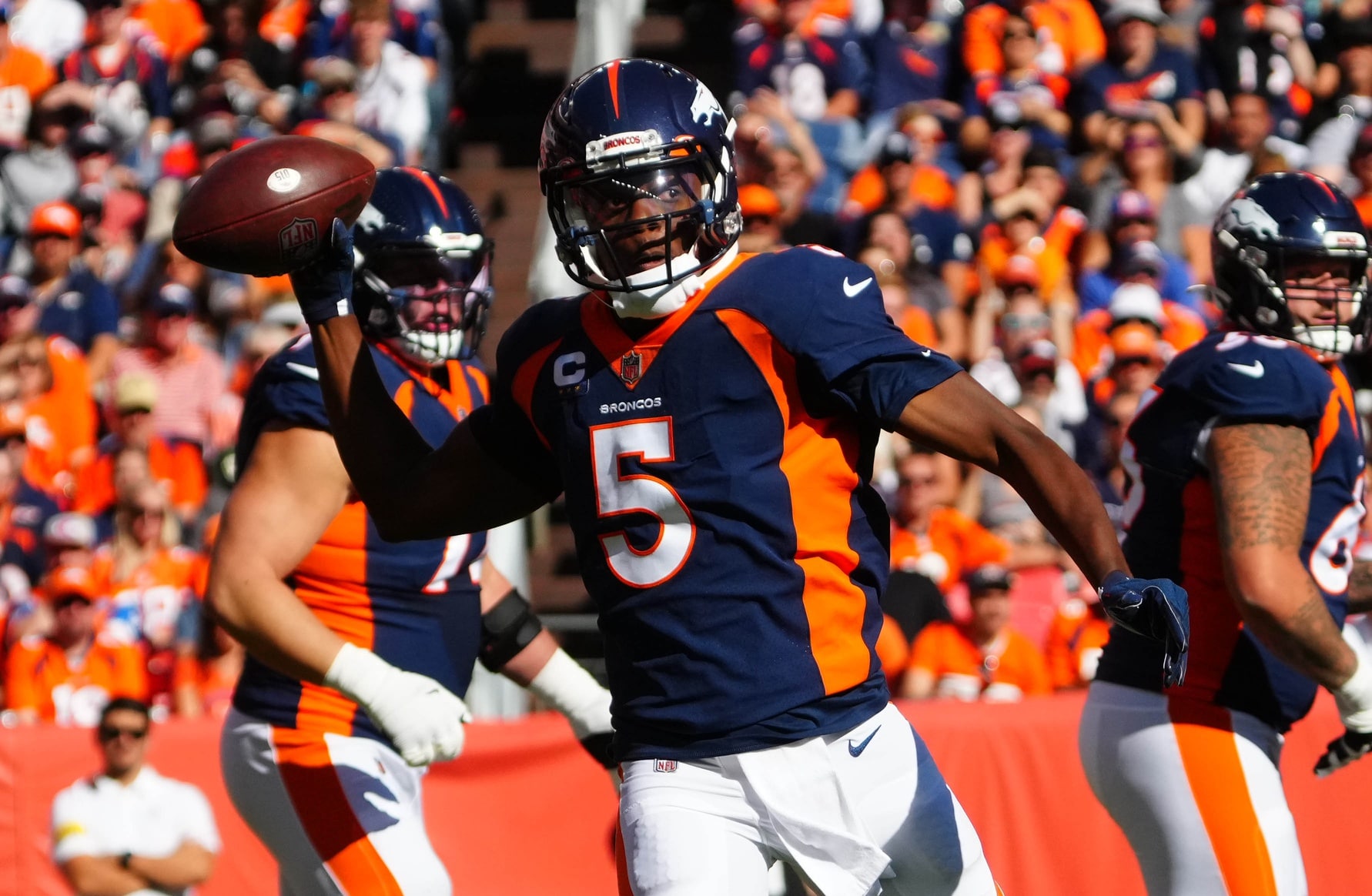 Week 7 of the 2021 NFL season gets underway as the Denver Broncos take on the Cleveland Browns on Thursday Night Football. Big changes can be expected from the Browns as they look to overcome a catalog of injuries and continue their push for a place in the postseason, while the Broncos will be desperate to bounce back from their three-game skid.

This is sure to be an intriguing matchup, and to make it even more exciting we’ve put together a same game parlay that pays out at +1450 odds! I have cashed SGPs in the past two Thursday Night Football matchups, so let’s make it three in a row!

Also, makes sure you check out our picks on the side and total for EVERY NFL Week 7 matchup.

D’Ernest Johnson to score a touchdown (+120)

The benefit of same game parlays is that you can combine plays that on paper appear slightly contradictory to boost the odds, when there isn’t actually too much crossover. That’s what we’re going for here. The Broncos +3 combined with under 42.5 points makes sense, but then Johnson scoring a touchdown contradicts both picks when I don’t actually think they conflict much. Ultimately, I don’t expect the Broncos to shut out the Browns, and getting a big boost by choosing the Browns’ RB1 to find the endzone is great value. Let’s break it all down.

Given the fact Cleveland’s entire offense has been decimated by injuries, you have to take Denver to cover in this game. The Browns are currently without starting quarterback Baker Mayfield and running backs Nick Chubb and Kareem Hunt, while the statuses of receiver Odell Beckham and tackles Jedrick Wills and Jack Conklin are currently up in the air. At best, any of those who do play will be banged up. Given Denver’s defensive strength, I expect them to take full advantage of the Browns’ problems and make things as difficult as possible for Cleveland to move the chains. The Broncos have allowed just 3.7 yards per carry this season (fourth-best in the league) and should be able to shut down the Browns’ ground game.

As for the Denver offense, it has struggled since Jerry Jeudy and K.J. Hamler went down with injuries. But quarterback Teddy Bridgewater has been serviceable under center and should have some success against a Cleveland defense that has allowed the third-most passing touchdowns in the NFL (14). Let’s kickstart this same game parlay by betting the Broncos to keep this within a field goal.

This is a pretty low line, but it’s still worth taking the under. As mentioned, the Browns’ offense is in ruin right now and it’s hard to see them having much success at all against Denver’s relentless defense, especially playing on a short week where new faces have less time to get reps and practice in. With injuries to tackles and running backs, Cleveland will find it difficult to get any sort of ground game going which means head coach Kevin Stefanski will be relying on Case Keenum to get things moving. As for the Broncos, their offense has been lackluster all season and could also struggle to get points on the board against the Browns’ sturdy defense.

D’Ernest Johnson to score a touchdown (+120)

Just because I expect the Browns’ offense to struggle doesn’t mean I don’t think they’ll score a touchdown at all, so adding Johnson (the likely RB1 on Thursday) into this SGP to score a touchdown to give the odds a big boost seems a good move. Johnson has been touted as the likely ball-carrier for Cleveland over Demetric Felton, and Johnson is actually in his third year with the team so he should have a good understanding on the Browns’ offense. He featured a number of times last season and even had 95 rushing yards against the Cowboys. He can find the endzone against a Broncos team that has allowed 22 rushing scores this season — the fifth-most in the league. If Johnson does score, it should go a long way to cashing this +1287 beauty.

Find out our touchdown scorer best bets for Broncos vs Browns, including a +1300 first TD scorer pick!