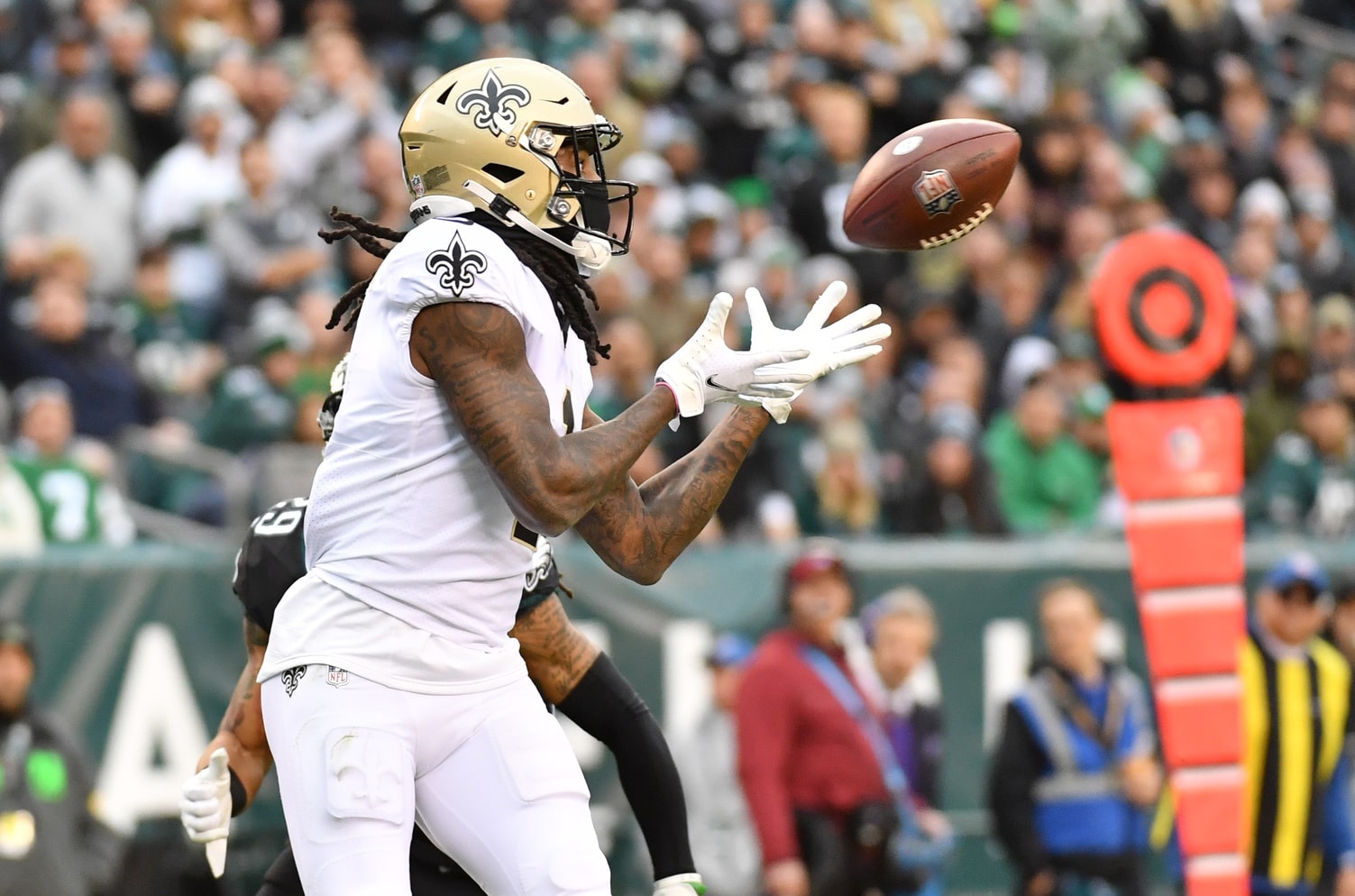 NFC postseason hopefuls collide on Thursday Night Football as the Dallas Cowboys meet the New Orleans Saints at the Caesars Superdome. Both teams are looking to bounce back from defeats on Thanksgiving and all-around bad runs of form. The Cowboys have lost 3 of their last 4 games, while the Saints have not won any of their last 4 matchups. With the playoffs getting closer and closer, both will be looking to secure a big win on primetime to prove they still have what it takes to go all the way.

This is sure to be an intriguing matchup, and to add to the excitement we’ve got a same game parlay that’s available with FanDuel Sportsbook at +2314 odds!

Makes sure you check out our picks on the side and total for EVERY NFL Week 13 matchup.

Marquez Callaway to score a touchdown (+330)

The benefit of same game parlays is that you can combine plays that on paper appear slightly contradictory to boost the odds, when there isn’t actually too much crossover. That’s the plan here, as combining the Cowboys on the money line and the under with a touchdown from Callaway sees the odds increase significantly when really I don’t think they conflict too much. Let’s break it all down.

The Cowboys may have lost 3 of their last 4, but they should get back on track against the Saints. For starters, Dallas should be getting CeeDee Lamb back in the lineup while Amari Cooper is also rumored to be on course for a return. Those two outside threats would be a big boost to a Dallas offense that has put up 33 points or more in 2 of its last 3 games. Given the Saints’ defense has allowed the 5th-most passing yards per attempt in the league, expect Dak Prescott to continue his red-hot year. Head coach Mike McCarthy will be missing from the sidelines, but defensive coordinator Dan Quinn has plenty of experience as a head coach and the team should be in good hands.

As for the Saints’ offense, Taysom Hill is set to start under center after his contract extension but don’t expect him to have a great game. He’s going up against a Cowboys defense that has registered 15 interceptions this season (the third-most in the league) and has improved markedly under Quinn’s guidance. The Saints may have Alvin Kamara, Mark Ingram and Ryan Ramczyk back for this game, but it should take their offense time to become reacquainted given all the changes over the past few weeks.

The Saints offense requiring time to restore some chemistry is a good reason why I like the under in this matchup. As mentioned, Dallas’ defense has been tremendous under Quinn’s guidance and despite giving up 36 points to the Raiders last week, I’m expecting them to be much more disciplined this time around. As for the Cowboys, their run game has struggled in recent weeks and that is unlikely to get much better against a New Orleans team that has allowed just 3.4 yards per carry — by far the best mark in the league. Dallas’ passing game is a big threat, but I’m not sure it will have enough success to go over this line. It’s also worth noting that the under is 9-1-1 in New Orleans’ last 11 TNF games.

Marquez Callaway to score a touchdown (+330)

This is the leg of this same game parlay that really jacks up the odds. Not only is it a contradictory pick to the other 2 legs, but it’s +330 odds. I think that’s incredibly generous. I know the Saints are getting some weapons back on offense, but Callaway has found the endzone in 3 of New Orleans’ last 4 games, and has proven himself as a serious red zone target. Speaking of which, he’s had at least 4 targets in each of his last 7 games, and I’m expecting Hill to look his way if the Saints can march their way down the field. Given the Cowboys just allowed a bunch of points to the Raiders, I’m not expecting them to shut out New Orleans. For me, this is a risk worth taking for the reward.

Don’t forget to read our best touchdown scorer bets for Cowboys vs Saints, including a +1400 pick!