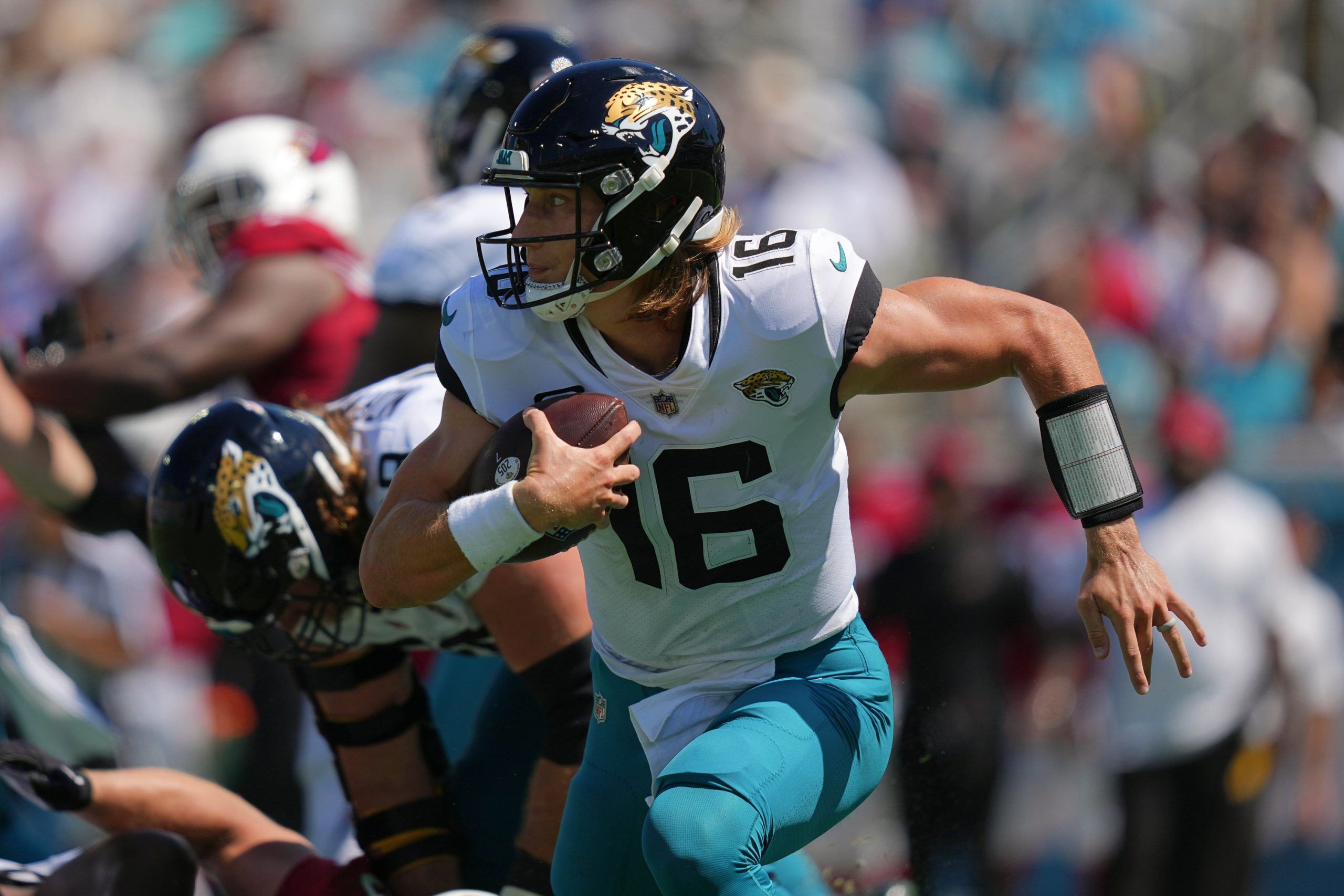 Deputy Editor for Pickswise. Lover of all US sports and Southampton FC.
Updated: 6:36 AM ET September 09, 2022

The 2022 NFL season is finally here, and with that comes a full slate of games for the first time in 9 months. It’s the first NFL Sunday since January; we might as well celebrate by trying to hit the jackpot and score a massive payday, right?

Each week we’ll be doing a millionaire parlay, picking every Sunday game on the money line for the chance at a massive payday. You never know!

Without further ado, here is our 14-leg Week 1 millionaire parlay.

Make sure to check out our NFL Week 1 picks for EVERY matchup!

This is a chance for the Jaguars to prove that last season’s catastrophe under Urban Meyer was an aberration. I like Trevor Lawrence and company to start the season off with a solid road victory.

Check out our Jacksonville Jaguars vs Washington Commanders predictions

The Ravens aren’t used to missing the playoffs, but that’s what happened in 2021. However, Baltimore is now healthy and ready to take back its AFC North crown. The revenge tour begins in New York.

Check out our Baltimore Ravens vs New York Jets predictions

It’s a new year and a new quarterback for Indianapolis. Thankfully, the Colts can work out the kinks against the hapless Texans. Houston could keep this close, but I don’t see the Texans winning outright.

Check out our Indianapolis Colts vs Houston Texans predictions

The Bears have one of the worst offenses in the NFL, and their season gets off to a nightmare start against San Francisco. I’m expecting a dominant effort out of the 49ers as Trey Lance continues to improve.

Check out our San Francisco 49ers vs Chicago Bears predictions

This should be a one-possession battle, but I’ll back an Eagles team with far more talent than Detroit. As for the Lions, I’ll need to see it to believe it.

Check out our Philadelphia Eagles vs Detroit Lions predictions

Of all the heavy favorites, Cincinnati gives me the most pause for concern. However, I’ll trust in Joe Burrow and that offense to do just enough to get the job done at home.

Check out our Cincinnati Bengals over Pittsburgh Steelers predictions

Atlanta is integrating a ton of new pieces on offense, while the Saints’ defense might be the best in football. I’ll stick with New Orleans in a rock fight.

Check out our New Orleans Saints vs Atlanta Falcons predictions

The Patriots’ offense was a disaster in the preseason, and things won’t get easier against a very solid Dolphins defense. New England’s weak secondary shouldn’t hold up against Tyreek Hill and Jaylen Waddle.

Check out our New England Patriots vs Miami Dolphins predictions

This is a true revenge game for Baker Mayfield and I like his team’s chances to pull out an early-season victory at home. The Browns’ offense should struggle without Deshaun Watson.

Check out our Cleveland Browns vs Carolina Panthers predictions

In one of my favorite spots of the weekend, the Giants should have enough to knock off the overvalued Titans. New York is (mostly) healthy and Tennessee’s passing game could be in disarray after the departure of A.J. Brown.

Check out our New York Giants vs Tennessee Titans predictions

The Vikings have owned this series at home over the last 6 seasons, and that shouldn’t change on Sunday. Aaron Rodgers will likely play well, but Minnesota’s full complement of weapons should be enough to win a shootout.

Check out our Green Bay Packers vs Minnesota Vikings predictions

In another true revenge spot, the Chargers revamped defense should come to play in Week 1. If all else fails, Justin Herbert can be counted on to torch the Raiders’ secondary once again.

Kansas City’s new-look offense should get out to a flying start over a reeling Arizona team without its 2 primary offensive weapons from 2021. It could be a brutal opening game for Kyler Murray against an often disrespected Chiefs defense.

Check out our KC Chiefs vs Arizona Cardinals predictions

While the Cowboys have problems of their own, Tampa Bay is in a bad position for this matchup considering injuries to its offensive line, plus outside distractions. Niether team inspires confidence in me at the moment, so I’ll side with the hosts in what should be a one-score game.

Check out our Tampa Bay Buccaneers vs Dallas Cowboys predictions