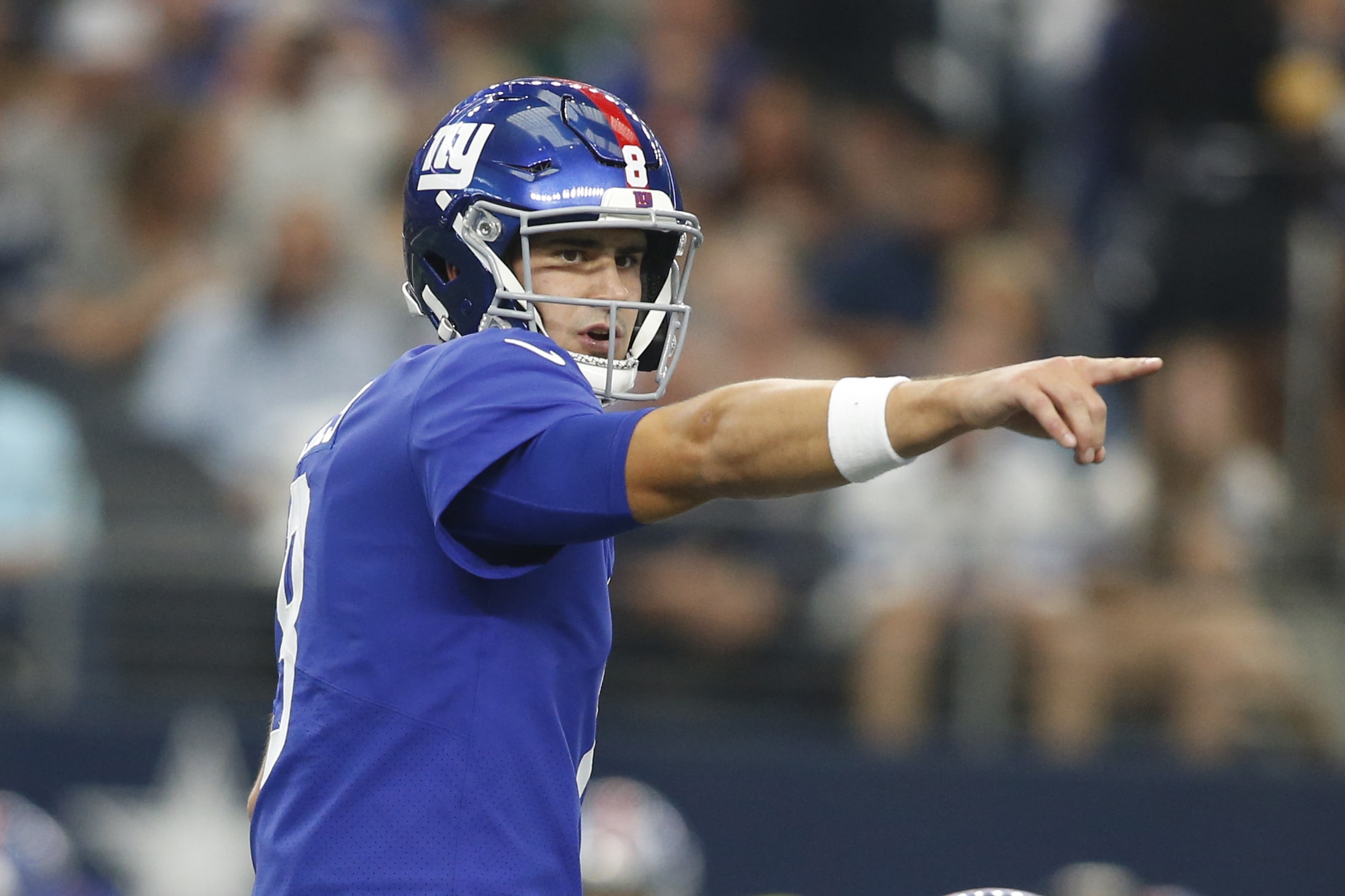 The 2021 NFL season has been epic. And the Week 11 slate was a ton of fun. Now we’ve got to wrap things up with Monday Night Football as the Tampa Bay Buccaneers host the New York Giants. What better way to make this nationally televised primetime game even more exciting than by betting a same game parlay? I just hit one on Sunday for Cardinals/Seahawks at 14/1, and also hit one for the Falcons/Saints game in Week 9 at 13/1, so let’s do it again!

We have a simple 2-leg same game parlay which pays out at around 10/1 with FanDuel Sportsbook. Let’s break it down:

To start this same game parlay we’ve got the Giants on the money line. Call me crazy, but I’m backing Daniel Jones. Throughout his career, Danny Dimes has always been much better on the road. This season he’s averaging only 6.3 yards per attempt at home, but 8.2 on the highway. The Bucs have lost back-to-back games, and they have genuine issues. Their secondary has been decimated by injuries, which will allow Jones to have plenty of success. Pierre Desir and Dee Delaney are playing big roles at corner for Tampa. That tells you everything you need to know.

Making matters even worse, it looks like star defensive tackle Vita Vea is going to miss this one. That’s bad timing for the Bucs, as Saquon Barkley is finally set to return for the Giants. New York’s defense has quietly been playing very well, and they’ve given up only 39 total points over their last 3 games. When these teams played last season, Giants defensive coordinator Patrick Graham had a very solid game-plan for Tom Brady.

I think this correlates nicely with the first leg of our same game parlay. If the Giants are going to pull an upset and win this game, it’s going to be because Jones aired the ball out and had some success. Even with Vea out, you don’t beat this Bucs team by running on them. Tampa Bay has a stout run defense, but a very exploitable secondary. If the Giants emerge victorious, it means Jones burned them down the field. Golladay would be a natural beneficiary.

The talented receiver had only 2 catches for 28 yards in his last game before the Giants’ bye, but that was his first game back after missing a significant stretch of time with an injury. In 3 of his 4 games before getting hurt this year, he’d got to at least 64 yards. So getting nearly 2/1 when he’s facing an extremely weak Bucs cornerback group in a game where the Giants project to be passing a ton feels like a steal. In his last game before getting hurt, Golladay went off for 116 yards.