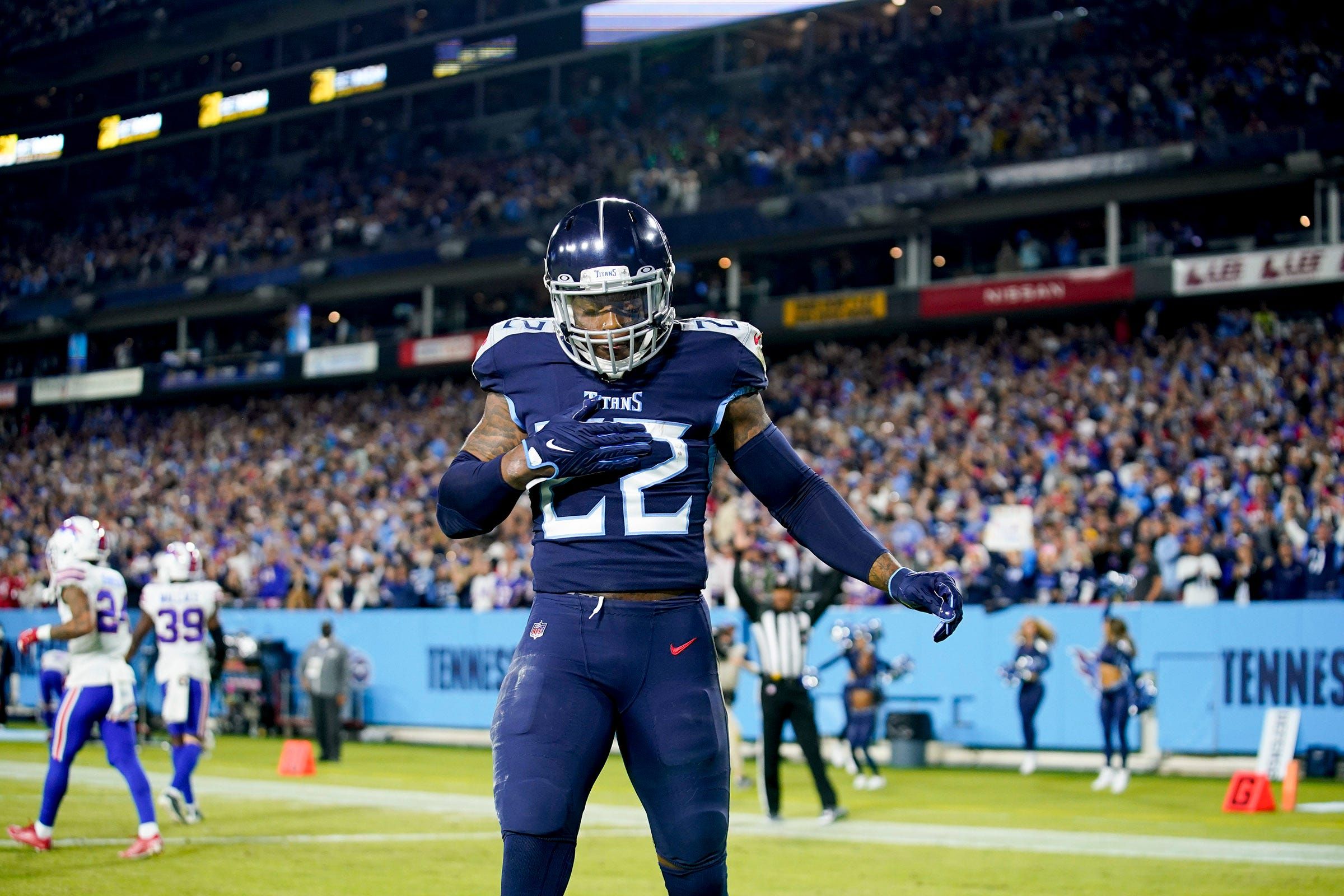 Jared Smith, a versatile host and analyst with over 10 years of experience in sports media and two decades as a sports bettor, has joined the Pickswise team as a lead betting analyst. Smith will serve as a full-time content creator, producing informative and engaging content every day across multiple platforms.
@JaredLeeSmith
Updated: 13:12 PM ET November 26, 2022

Proud to report the column finally had one of those explosive weeks: 3 wins, 0 losses and 7 units of profit. It gets us out of the red for the season and goes a long way to establishing some momentum for the stretch run. But enough living in the past; onward to Week 12 we go.

As per usual, our oddsmaker pal Casey Degnon from Superbook offers his expertise as we highlight some of the most impactful injuries, trends and key matchups to watch this week. Please check my portfolio at the bottom for the official column plays.

I’m thankful for not having to watch Baker Mayfield and Russell Wilson play in the Underachieving QB Bowl. In steps Sam Darnold for Carolina who makes his first start since Week 17 of last season. The market responded in kind by doing virtually nothing.

“Almost no affect at all,” Degnon noted. “We’ve been bouncing back and forth between 2 and 2.5 all week. I don’t think we’ll ever get to 3. Slightly more money on the road fav Denver but nothing too significant on either side for us yet.”

The market might not think much of Darnold, but I do think he adds some variance to this game. I believe his ceiling is marginally higher than Mayfield and significantly higher than PJ Walker, while it’s almost impossible for his floor to be any lower than either. For that reason I think there could be some value on the home ‘dog. Plus, do you really want to lay points on the road with Wilson and this Broncos offense right now?

This game was featured prominently in my Early Birds column this week and the market has moved as expected off the key number of 3 towards Washington. The move makes sense if you consider the swapping of two key players with Kyle Pitts being placed on IR and Chase Young returning from a knee injury that has kept him out all season.

“We took some sharp money on Washington -4 and then some respected buy back at 4.5,” Degnon said.

The Commanders seem to be playing with a different energy since Taylor Heinicke took over under center despite his mediocre metrics. Washington should have a big edge in the trenches, especially their offensive line against a Falcons defensive line that has really struggled to stop the run and apply pressure this season.

Young should have an immediate impact on an already formidable Commanders defense ranked 10th in schedule adjusted efficiency this season. They are allowing just 4.5 yards per play over the last 3 games, the 2nd-lowest mark in the league behind the Niners.

Bears at Jets: From Wilson to White with Fields in between

This has been a fascinating game to handicap this week. Not only are we juggling the injury status of Justin Fields, who appears highly questionable to play this week with a bum shoulder, but we also have to digest the Zach Wilson situation.

The Jets made the move mid-week to install Mike White as the starter after Wilson melted down in the wake of the loss in New England. Similar to Darnold in Carolina, this QB move had no impact on the point spread.

“Wilson getting benched has almost no effect on the line, but Fields is definitely worth a couple points,” Degnon explained. “On Sunday we opened the game -4 and since then have taken some Jets money driving us up to -6.”

The Jets should get a short-term spark with White under center, who has built up something of a cult following with Gangreen. But the crux of this handicap comes down to the health of Fields, who did not look like his usual self in the 2nd half against the Falcons.

It’s a good idea for Matt Eberflus to play his cards close to the vest on this one, since Fields and backup Trevor Siemian play vastly different styles. Make Robert Saleh and this borderline top 5 Jets defense prepare for both. However this also makes my job very difficult, and this an easy game to pass on.

Talking Totals: How weather and market perception are affecting the numbers this week

Texans at Dolphins: Keeping things close to the vest

I pulled the trigger on this bet early in the week once Houston made the move from Davis Mills to Kyle Allen under center. It’s not that I don’t think this Miami offense can score enough; it’s that I knew this number had nowhere to go but down. Since then it’s ticked down about a half point at some shops but still widely available at the mid-week number, as well.

The rest of the handicap is mostly situational, as the Dolphins have a massive game looming next week against Mike McDaniel’s old team, the 49ers. For that reason I can see McDaniel being a bit more vanilla with his game-plan this week to try and keep his former boss Kyle Shanahan guessing in the film room next week.

“I like the ‘not putting stuff on tape’ angle because like you said I don’t see Houston competing enough in this spot to cause Miami to get out of their comfort zone,” Degnon assessed. “There have been some smaller bets on the over but nothing of note.”

Miami’s defense has struggled with injuries and inefficiency this season ranking 26th in EPA/play and allowing 50% of dropbacks to be successful. Hopefully their bye came at a perfect time and they look fresher this week against a severely undermanned Texans offense starting a backup QB.

Obviously Tua and the high-powered Dolphins offense can completely wreck this handicap, but I’ll bet on Miami playing down to the opponent enough for this to stay under the relatively high total.

Chargers at Cardinals: Potential shootout in the desert

I bet this one relatively early in the week with anticipation the market might move up a tick or two once it’s confirmed that Kyler Murray will be back under center for the Cardinals. With Murray and DeAndre Hopkins back on the field together the over is 3-0 for Arizona this season, including a 42-34 track meet at home against the Saints in Nuk’s debut.

The Chargers’ offense looked rejuvenated last week against the Chiefs with Keenan Allen back in the lineup, even after Mike Williams re-aggravated his ankle injury. It would be great if Williams also returned healthy, but I think Allen is the real security blanket for Justin Herbert and makes this offense much more consistent on passing downs.

“I could see some points being scored here,” Degnon concluded. “Seems like both teams have the weapons to get into a shootout without getting much push back from the opposing defenses. Also, like you said another week of the Chargers’ wideouts getting healthier.”

Both of these defenses are in the bottom half of the league in EPA/play and drop-back success rate. Arizona is also coming off a short week and a very lackluster performance trying to tackle the Niners in Mexico City.

Mike Vrabel excels as an underdog in his career going 22-12 ATS with 20 of those victories straight up. The revenge angle is also noteworthy, as Cincinnati upset Tennessee 19-16 in an AFC divisional playoff game just 10 months ago.

While the revenge narrative likely doesn’t affect the point spread, the return of Ja’Marr Chase has — with the line touching 3 at the time of publication, enough to elevate this to my best bet of the week. That being said, it’s fair to question how healthy Chase will be in this game if he is able to suit up. He hasn’t played since Week 7 with a hip injury, which was expected to take 4 to 6 weeks to heal. This Sunday will mark 5 weeks.

Chase’s possible return is key since the Bengals will likely be without Joe Mixon, who was still in concussion protocol as of Thursday. Up front Cincinnati has struggled to protect Joe Burrow this season grading out 31st in pass-block win rate. They have held up well in the running game but that’s playing into the strength of the Titans defense, who have the top rush DVOA in the league.

Jeffrey Simmons grinded through an injury to play 54 snaps last Thursday against the Packers. He now gets 10 days off and a plus matchup this week against a susceptible Bengals interior OL — most notably rookie LG Cordell Volson, who was absolutely worked by the Steelers front last week allowing a sack and 3 pressures. Bud Dupree and Amani Hooker also get an extra week to heal after not playing against Green Bay.

“I lean Tennessee with you; I’m a big Vrabel guy,” Degnon said. “I feel like he’s not talked about enough as one of the better coaches in the league. The market seems to agree with you as well as the 3’s didn’t last too long out there.”

Last week Mike Tomlin went away from that strategy after Cincinnati had some early success on script, eventually using Cover 2 on just 26% of defensive snaps and contributing to the plus side of that record. With an extra 10 days to prepare, I expect to see Vrabel utilize a lot of “two-high” in this game.

On offense the Titans are blocking well up front and Ryan Tannehill is his usual efficient self, making the best out of a relatively pedestrian group of receivers. Derrick Henry could be in for a big day against a Bengals front that’s 31st in run-stop win rate this season.

DJ Reader returned from injury last week and played a season-high 44 snaps but had his lowest PFF grade of the season. If Reader isn’t 100% and the Bengals’ OL can’t keep Henry in check, that puts the play action game into focus for Tannehill and makes this Titans offense very tough to stop.

Buckle up for a spirited affair in Nashville dripping with playoff vibes.

Check out our Bengals vs Titans preview