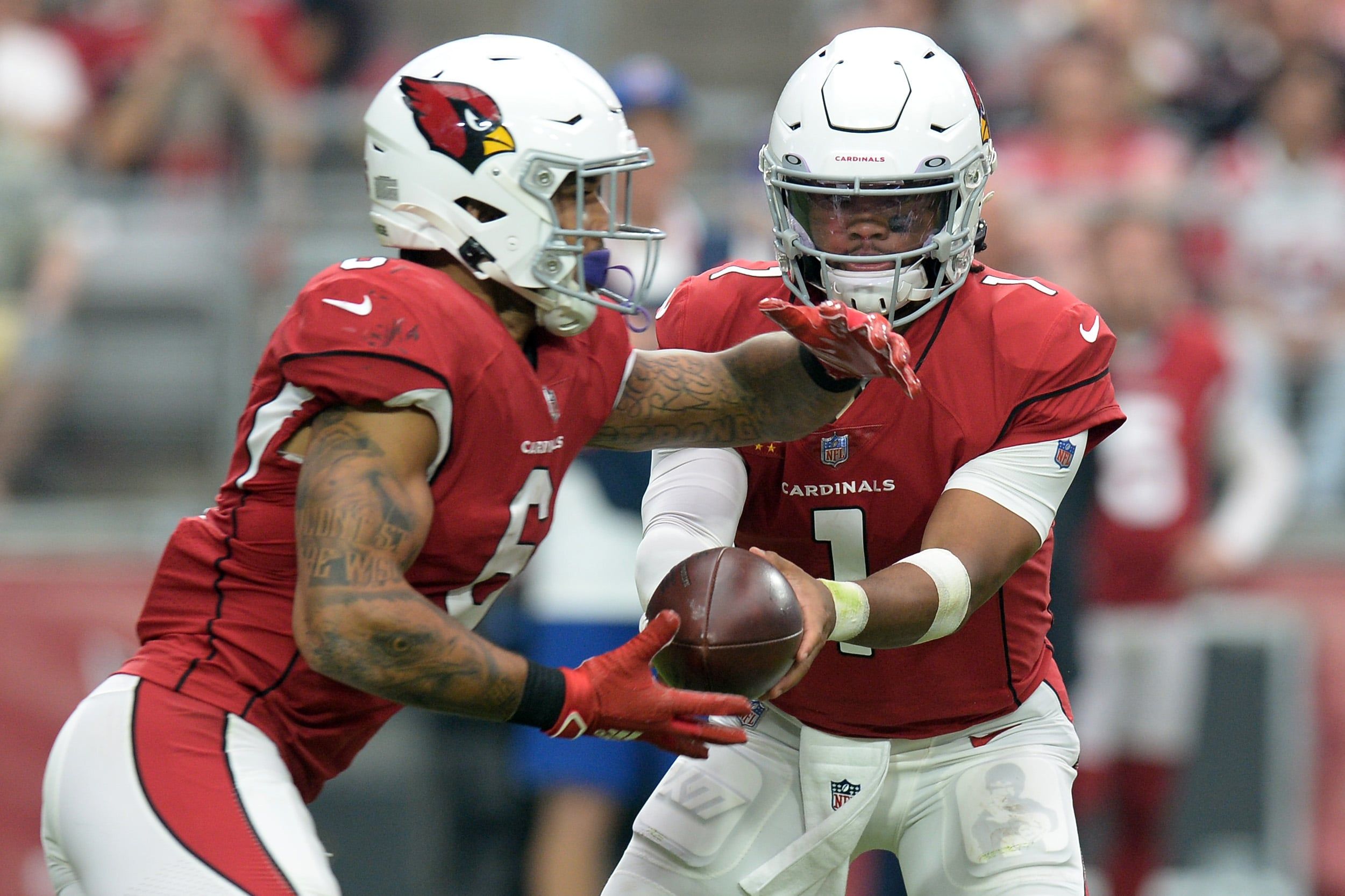 Jared Smith, a versatile host and analyst with over 10 years of experience in sports media and two decades as a sports bettor, has joined the Pickswise team as a lead betting analyst. Smith will serve as a full-time content creator, producing informative and engaging content every day across multiple platforms.
@JaredLeeSmith
Updated: 8:56 AM ET October 01, 2022

Last week’s column finally saw our first “best bet” defeat as the Commanders were a no show against the Eagles. Despite that, if you tailed all of the column picks you likely turned a small profit as we hit our teaser and went 1-1 with totals. So overall the column is still in the black for the season, a place I hope we stay for the long haul.

Onward we go with our oddsmaker pal Casey Degnon from Westgate in the saddle offering his expertise as we highlight some of the most important trends and key matchups to watch this week. As always, please check my portfolio at the bottom for the official column plays.

Be sure to check out our NFL Week 4 picks for EVERY game!

Week 4 market update: Games with key injuries that could impact the lines on Sunday

Vikings vs Saints: Flirting with a key number in London

Across the pond, Jameis Winston and Michael Thomas both missed practice on Thursday which is a situation to monitor this weekend. Smart money entered the market on Saints +3, so you likely won’t get a better price than that barring more negative news on Winston or Thomas.

“I tend to stay away from London games,” added Degnon “Although sometimes if I have to force something I will bank on a slow start and take the 1st half under.”

It went from bad to worse for the Chargers this week with Joey Bosa and Rashawn Slater both suffering season-ending injuries. QB Justin Herbert, WR Keenan Allen, CB JC Jackson and C Corey Linsley are also nursing injuries this week. All of that had a massive impact on the market.

“Between Bosa and the left tackle Slater both being out I would say it’s close to a 2-point adjustment for now until we see the backups put something on film,” added Degnon. “At one-point last week we were as high as -7 and now you see the market is mostly -5’s.”

If you go back to this summer Westgate was hanging Chargers -8.5 in this matchup, so if you believe in some of the backups you’re getting a sizable discount on Los Angeles.

Patriots at Packers: Trying to catch a falling knife

The Brian Hoyer era is underway in New England. We don’t know how long Mac Jones will be out with a high-ankle sprain, but we can quantify what the move down is for the Pats power rating with the backup QB under center.

“I would say around a 3-point adjustment,” Degnon said. “Hoyer is a formidable backup, and I don’t think Mac really does anything special that Hoyer can’t do for a couple games.”

The line has moved almost 4 points in total since opening Packers -6 earlier this summer. So if you believe Hoyer is a sturdier backup than expected, there is some hidden value on New England here.

Green Bay is also dealing with some injuries as CB Jaire Alexander and OT David Bakhtiari both missed practice this week. Bakhtiari posted an average blocking grade in his season debut Sunday against a tough Bucs defense in just 35 offensive snaps. It was his first game since New Year’s Eve 2020.

The Bills were missing 6 starters on defense but still only allowed 19 points on Sunday to the Dolphins. It looks like some of those injured starters returned to practice this week, but there’s still a laundry list of key players on that side who will be less than 100% in this game. That’s good news for Lamar Jackson who is grading out as one of the best QBs in the NFL on early downs this season.

“We are currently at 51 with a couple respected bettors going under 54.5 and 52,” added Degnon. “I do lean over with you though like you said Bills injuries and I do not trust the Ravens secondary.”

I was close to getting to the window on this, then I remembered to check the weather forecast, which looks iffy as the remnants of Hurricane Ian makes its way up the Atlantic coastline. Sunday calls for light rain and light winds in the Baltimore area, but considering the severity of the storm and overall volatility of Mother Nature, it’s probably best to wait until game time before locking this one in. Check my Twitter or betting spreadsheet this weekend for updates.

Teaser Time: Getting two road dogs through both key numbers

We’ll get into this game a little more in the next section, but this is a fantastic teaser spot with a low total in what also could be a bad weather game with Hurricane Ian looming in the southeast. Christian McCaffrey’s injury status is also something to keep an eye on after missing practice this week with a thigh injury.

This line somehow keeps moving towards Vegas which is mind boggling considering the teams who beat the Raiders this season are a combined 0-6 in their other games getting outscored by 16.2 points per game. Denver’s been nothing to write home about this season, but in a low-total divisional game I like their chances to stay within one score.

This is a decent buy-low spot for Arizona, who was favored by 3.5 in the lookahead for this game when the lines opened in June. Since then we’ve seen both teams show poorly, especially the Cardinals defense and Panthers offense.

Baker Mayfield in particular has been really bad, ranking 32nd out of 33 qualifying QBs in EPA/play (expected points added) plus CPOE (completion percentage over expectation). Mayfield is also dead last in success rate, bottom 10 in air yards, and has a completion percentage barely above 50. It’s fair to say he’s currently the most inefficient and inaccurate quarterback in the league.

That being said, it could be a get right spot for him and the entire Carolina offense against a Cardinals defense that is 31st in EPA/play allowed and allowing a 57.4% success rate on dropbacks. However, their first three games were all against offenses inside the top 11 in EPA/play (Chiefs, Raiders, Rams) and QBs inside the top 15 in EPA/play+CPOE (Mahomes, Stafford, Carr).

I think Arizona’s defense will improve, especially when you consider they are 1st in pass rush win rate through the first three games of the season. The return of JJ Watt has helped, Zach Allen is also grading out well on the interior and Isaiah Simmons is holding his own on the edge.

Both defenses blitz a ton, which means this game could be volatile on both ends, Kyler Murray has performed better against pressure than Baker has so far this season, so Arizona also has an edge in that category. Matt Rhule is just 11-25 as a head coach so far, and 1-25 in games when the defense allows 17 points or more.

“I like the Cardinals here also and we took sharp money on them +2 earlier in the week,” added Degnon. “The Cardinals haven’t looked great, but I think the 3 teams they have played so far are better than Carolina, especially offensively. I agree about Baker and can’t back him as a favorite with what he’s shown so far this year.”

The reason why I’m taking 1.5 points and not betting on ML is the quirky start we’ve seen with 5 games already landing on one this season, which is interesting considering only 8 landed on that usually rare number all of last season. That being said you should also feel safe betting the money line in this spot at+110 or better.

Weather could also be a factor here as Hurricane Ian lingers. Since we’re not betting a total it’s not as big of a factor, if anything it favors Arizona who has a better offensive line and run game with James Conner.

Watch this week’s edition of Pickswise Playbook for our favorite NFL Week 4 plays!