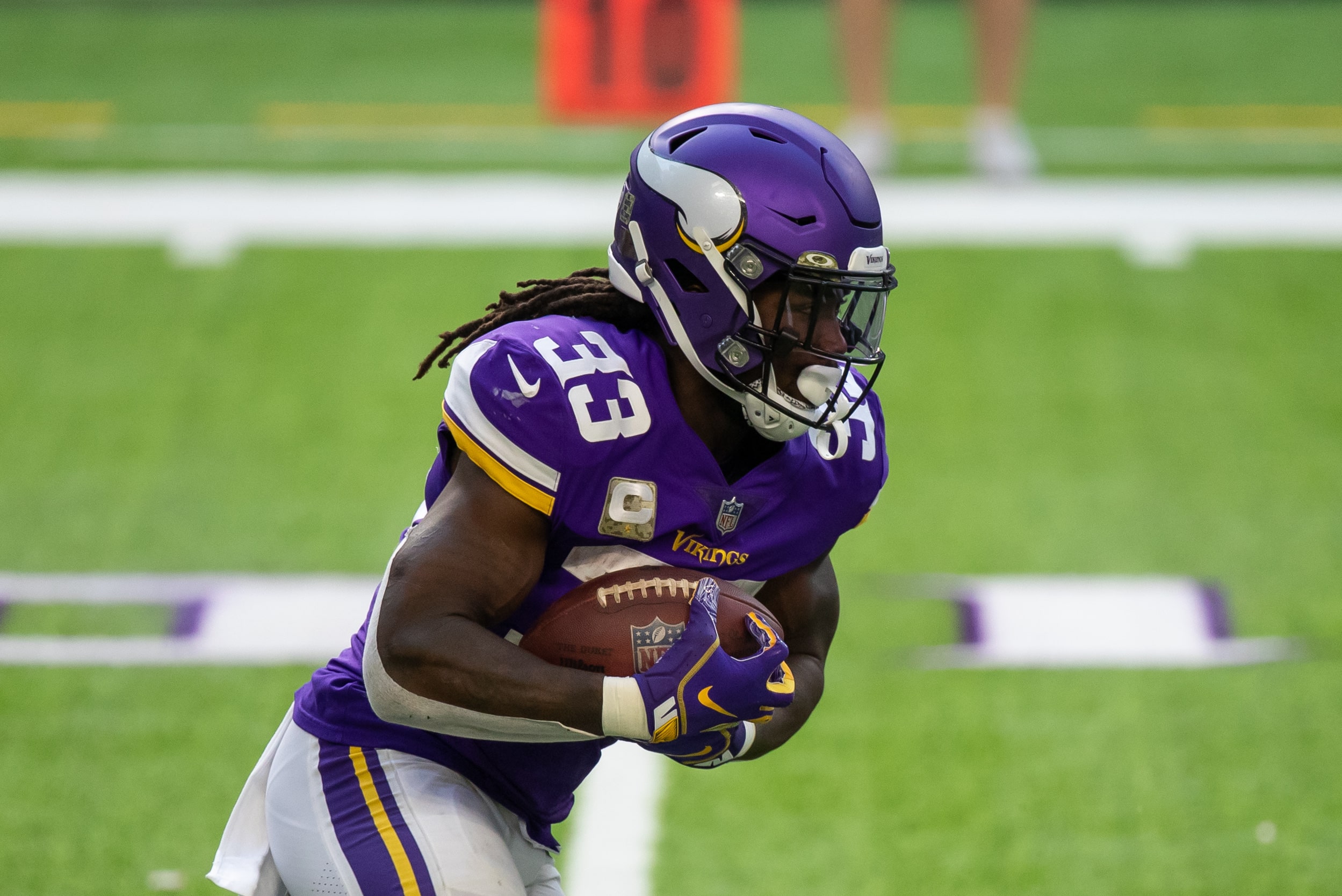 Week 12 of the 2021 NFL season rolls on with an intriguing battle between wild-card hopefuls Minnesota and San Francisco. Both teams enter this game with 5-5 records and know they need to win if they are to keep their playoff hopes alive. Each of them also have plenty of momentum heading into this one, having won their last two games.

This should be an interesting matchup, and one way to add to the excitement is by betting a same game parlay. We have come up with a 3-legger that pays at more than 11/1 with FanDuel Sportsbook.

Deebo Samuel to score a touchdown (-135)

The benefit of same game parlays is that you can add in some contradictory plays to really boost the odds, when really they might not conflict too much. That’s what we’re going with here, as the Vikings winning by at least a touchdown ties in nicely with Cook scoring a TD. Adding Samuel to also find the endzone really bumps these odds up, when I’d be amazed if the 49ers weren’t able to score a touchdown. Given how hot Samuel has been as a rusher and receiver, I’d be surprised if he isn’t celebrating a score at some point. Let’s break it all down.

The 49ers have forced their way back into the postseason conversation after wins over the Rams and Jaguars, but I’m still not sold on them and expect them to come crashing down to Earth against the Vikings. San Fran has been comfortably beaten in a few games this season, while the same cannot be said for Minnesota. Despite being 5-5, the Vikings are yet to lose a game by more than 7 points, and 4 of their 5 defeats have been by 4 points or fewer. They just reeled off huge wins against the Chargers and Packers, and head coach Mike Zimmer appears to have his team hitting form at the right time.

Kirk Cousins has looked tremendous at times this season and has thrown just 2 interceptions, which is fewer than any other team in the league. The Vikings have been great with the passing game while Dalvin Cook has been hot out of the backfield. I think Minnesota has a great shot of securing a statement win here.

As usual, Cook has been an absolute machine this season for Minnesota — and if the Vikings are going to win big then it’s fair to assume that the star running back will find his way into the endzone. Cook has scored a TD in his last 2 games while putting up over 78 rushing yards in his last 5. He’s been hot all season long and should score yet again against a 49ers defense that has allowed the 3rd-most rushing scores in the NFL.

Deebo Samuel to score a touchdown (-135)

Cook isn’t the only player we’re hoping is celebrating in this SGP, as we’re also throwing in 49ers juggernaut Deebo Samuel. The South Carolina product has found the endzone 3 times in his last 2 games and 7 times in his last 7. The fact he can put up plenty of yards through the air and on the ground makes him incredibly valuable to San Francisco and a vital part of the 49ers’ offense. The Vikings have leaked plenty of points this season and have allowed 4.8 yards per carry, which is tied for the most in the league. If Samuel gets carries again, then he should have chances to score a TD.