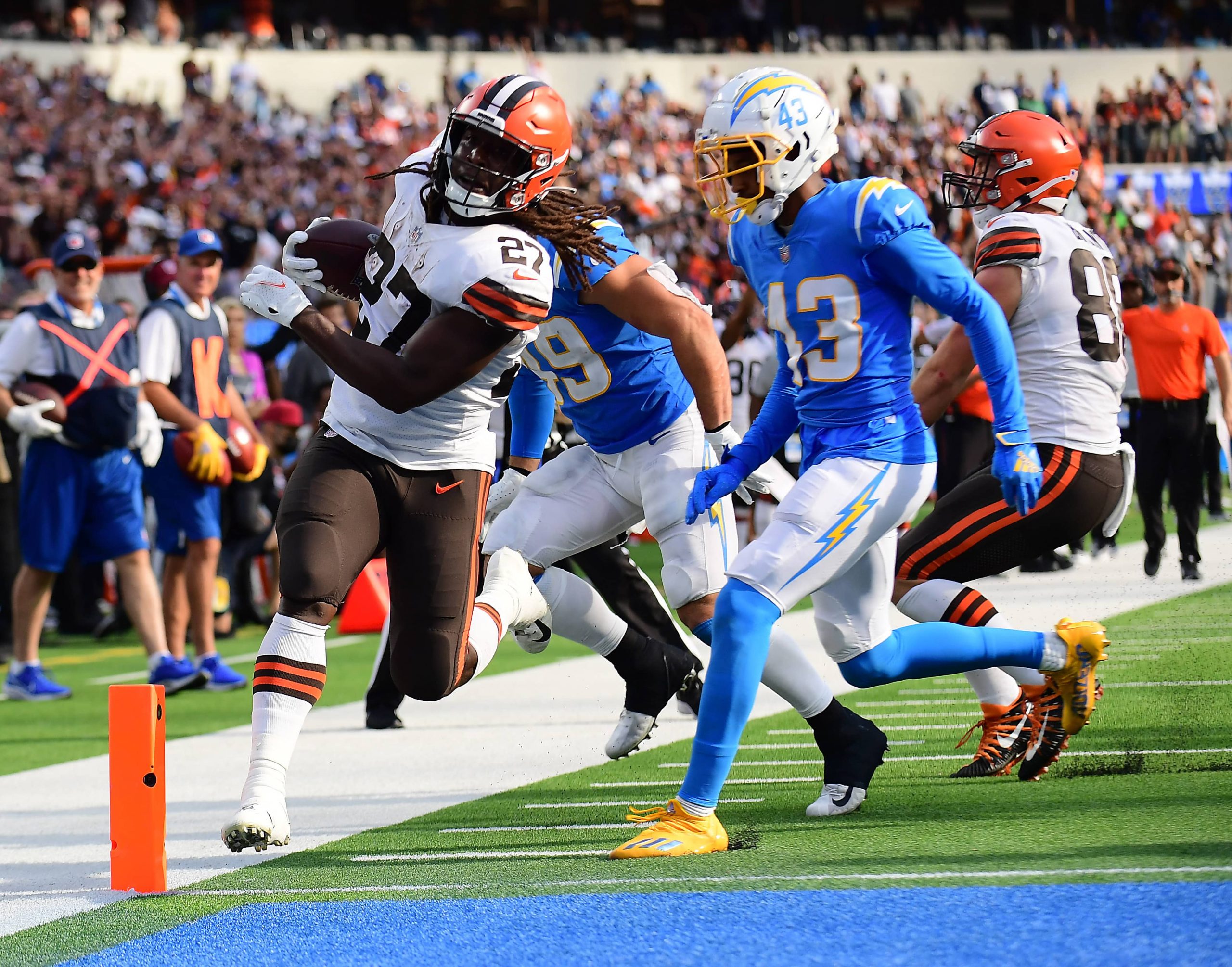 It’s coming to crunch time for the Baltimore Ravens and Cleveland Browns (along with Pittsburgh and Cincinnati) in an AFC North division that looks to be fought over right until the end of the season.

The Ravens are top of the division heading into their clash at M&T Bank Stadium on Sunday night (8:20pm ET, NBC) and the Browns are in last place, but a win for the 6-5 Browns would put them on the same number of victories as the 7-3 Ravens.

It’s an interesting scheduling situation too, as for the Browns this is the first leg of a back-to-back against the Ravens, with their bye week in between, while Baltimore has another tough contest against the Steelers in the middle of the games against the Browns.

We have put together a 4-leg same game parlay for the game, which pays +2176 odds with FanDuel Sportsbook.

There was some Browns +4 available for this game earlier in the week but that has all dried up as all their injury updates this week have tended to be positive while the opposite applies to the Ravens.

The Browns are set to get their 1-2 punch back at running back with Kareem Hunt returning after 5 weeks out with a calf injury to rejoin Nick Chubb in the backfield and right tackle Jack Conklin available again after a nasty elbow injury to complete the first-choice offensive line. They really missed a game-stretching receiver in last week’s win over Detroit with OBJ gone and Donovan Peoples-Jones and Anthony Schwartz both out, but DPJ looks on course to return, which would be huge for their struggling passing game. More importantly, practice reports suggest QB Baker Mayfield has looked more like himself this week after suffering under a weight of injury issues in recent weeks.

The Browns have been awful in their losses against the Cardinals, Steelers and Patriots recently, and even in last week’s win over the Lions, but it will be a further disappointment if they can’t at least keep it close against the Ravens, as much worse rosters have managed that.

In their last 4 games, the Ravens have been routed by the Bengals, scraped past the Vikings in overtime, lost by 12 to the Dolphins and pulled out a 16-13 win over the Bears. They get Lamar Jackson back for Sunday night, but they are battling a host of defensive injuries, with safety Ar’Darius Washington (foot) ruled out, 4 cornerbacks listed as questionable and DE Calais Campbell not having practised all week due to concussion protocols. They are experts at scraping a W in a tight game, but not a team to trust to win by a handy margin. Take the Browns and the points.

There’s an obvious risk in taking a player to score on his return from a lengthy injury and Hunt may be on a pitch count, but even when 100% he shares time with Chubb and still manages to find the end zone with some regularity. Hunt has 5 rushing TDs in his 6 starts this season, scoring in 4 of the 6 games, and that alone makes +195 odds look a value leg for this parlay. Chubb and Hunt scored 4 TDs between them in last season’s crazy 47-42 game between the teams, although such as scoreline is not likely this time around.

Devonta Freeman has emerged as the leader of the ever-changing Ravens backfield this season, and seems set to keep that role even though Latavius Murray is back after an injury. He had 16 carries to Murray’s 10 against Chicago last week, adding 6 receptions, and gaining 44 or more rushing yards against the Browns shouldn’t be beyond him — remember, John Harbaugh likes to get 100 rushing yards every game. The Browns defense may be more focused than ever on stopping the run with Lamar Jackson on the field, but that doesn’t mean they’ll shut down the Ravens ground game, which is not easy to do.

It’s not often you see a team’s receiving yards leader with a line of just 18.5 yards. That situation has arisen with all of the Browns’ wide receivers missing time with injuries this year, but tight end David Njoku has 372 receiving yards in 11 games (33.8 per game) and has been a regular target on tight-end screens in recent games. He’s had totals of 18-39-18-11-20 in the last 5 games — he had a monster 149-yard game against the Chargers — and with the Browns WR room still banged up, he should get enough targets to cash this leg in Baltimore.