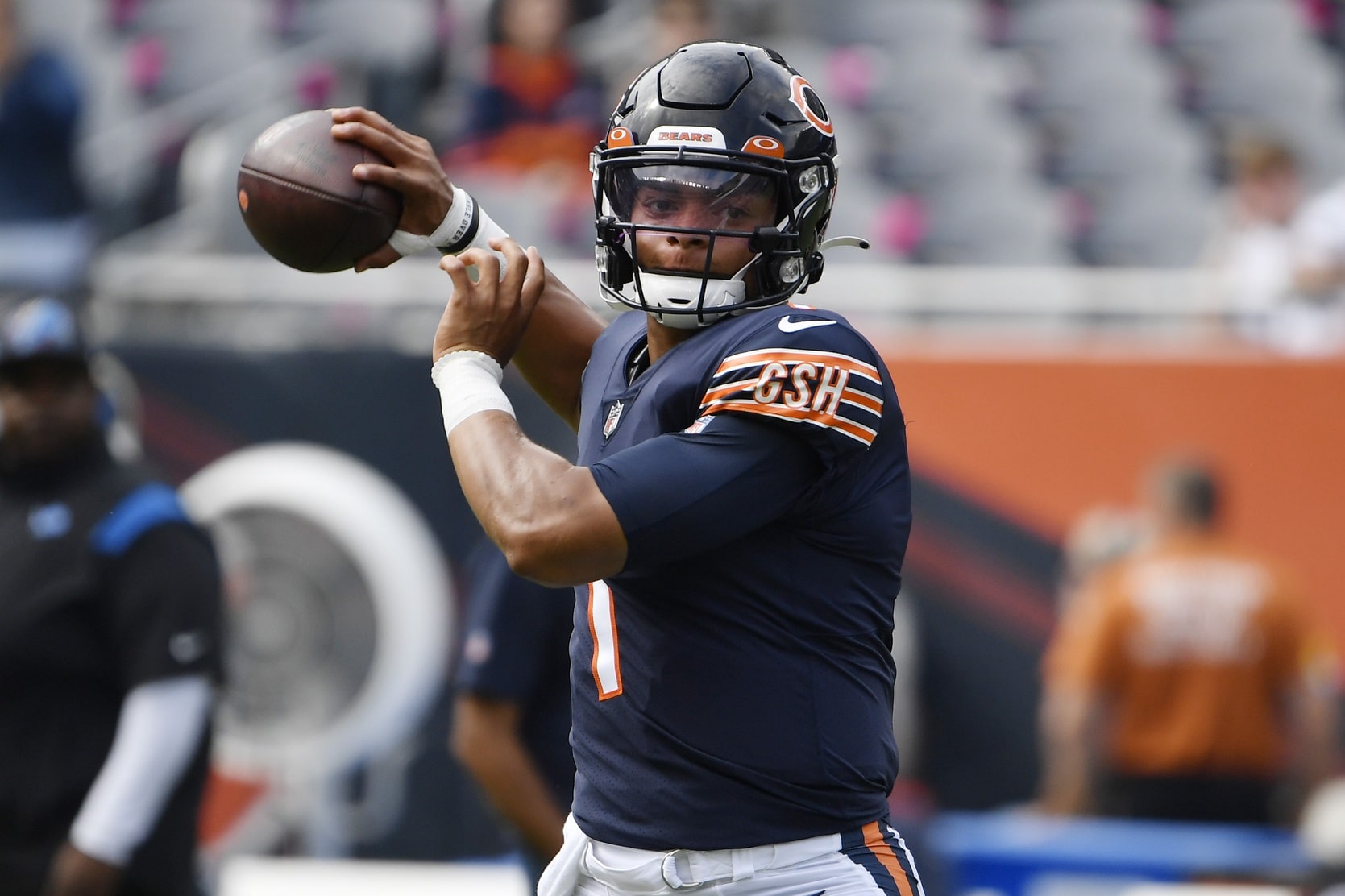 The 2021 NFL season has been thrilling, and we have another great slate coming up for Week 14. Why not celebrate the fun by going for a big payday? That’s right; we’re back with another mega parlay, NFL edition. Doing one each week of the season. I have had a ton of success with these mega parlays, and even hit one at 74/1 in Week 13 last year.

I also just hit it for Week 11 at +1762, and then last week for Week 13 at +1255. We came up one last-second field goal short of cashing the Thanksgiving one at 17/1, as well. Why not do it once more and make it three out of four weeks? We’re going big and bold again, so let’s not waste any more time. But before we dive in, don’t forget to check out our picks for the side and total on every NFL game.

Keeping it simple with only two plays. Let’s break down each of the two legs one by one.

The Titans shouldn’t be this large of a favorite against just about anybody. It looks like Julio Jones may return here, but even if he does he won’t be 100 percent coming off a long absence. And the fact that AJ Brown is still out is much more significant. Tennessee’s offense has nose-dived recently, and they now have a very low floor. As such, they’re the perfect team to target for a money line upset. Remember just a couple weeks ago when they lost outright to the lowly Texans as a double digit favorite?

I don’t see how anyone can see Ryan Tannehill throw four interceptions against a lifeless Houston defense and then think they should be this large of a favorite here. When these teams played in Jacksonville earlier this year, the game was much closer than the final score indicated. The Jags actually significantly outgained the Titans, and put up 454 yards of total offense. Trevor Lawrence averaged 8.3 yards per attempt.

To wrap this mega parlay up and hopefully bring us home, we’ve got the Bears in the nightcap. Chicago is getting Justin Fields back, which at least gives them a much higher ceiling than they had before. And a high ceiling is exactly what we’re looking for when taking a team to pull off a big money line upset. Green Bay is coming off their bye here, which might not be a good thing. Last year when they were off their bye, they got demolished 38-10 by the Bucs.

In Week 1 of this year, they got smoked by the Saints. Maybe extra time well doesn’t serve them well. We also shouldn’t have to worry about the Bears rolling over here. We’re going to get their best effort. This is a standalone nationally televised game, and Chicago has had this one circled since Aaron Rodgers clowned them in their own stadium earlier this year after going viral for jawing at their fans.