HomeAnalysisNFL AnalysisNFL Week 15 reaction: Less than 2 months ago, Arizona was the last undefeated team in football…

NFL Week 15 reaction: Less than 2 months ago, Arizona was the last undefeated team in football… 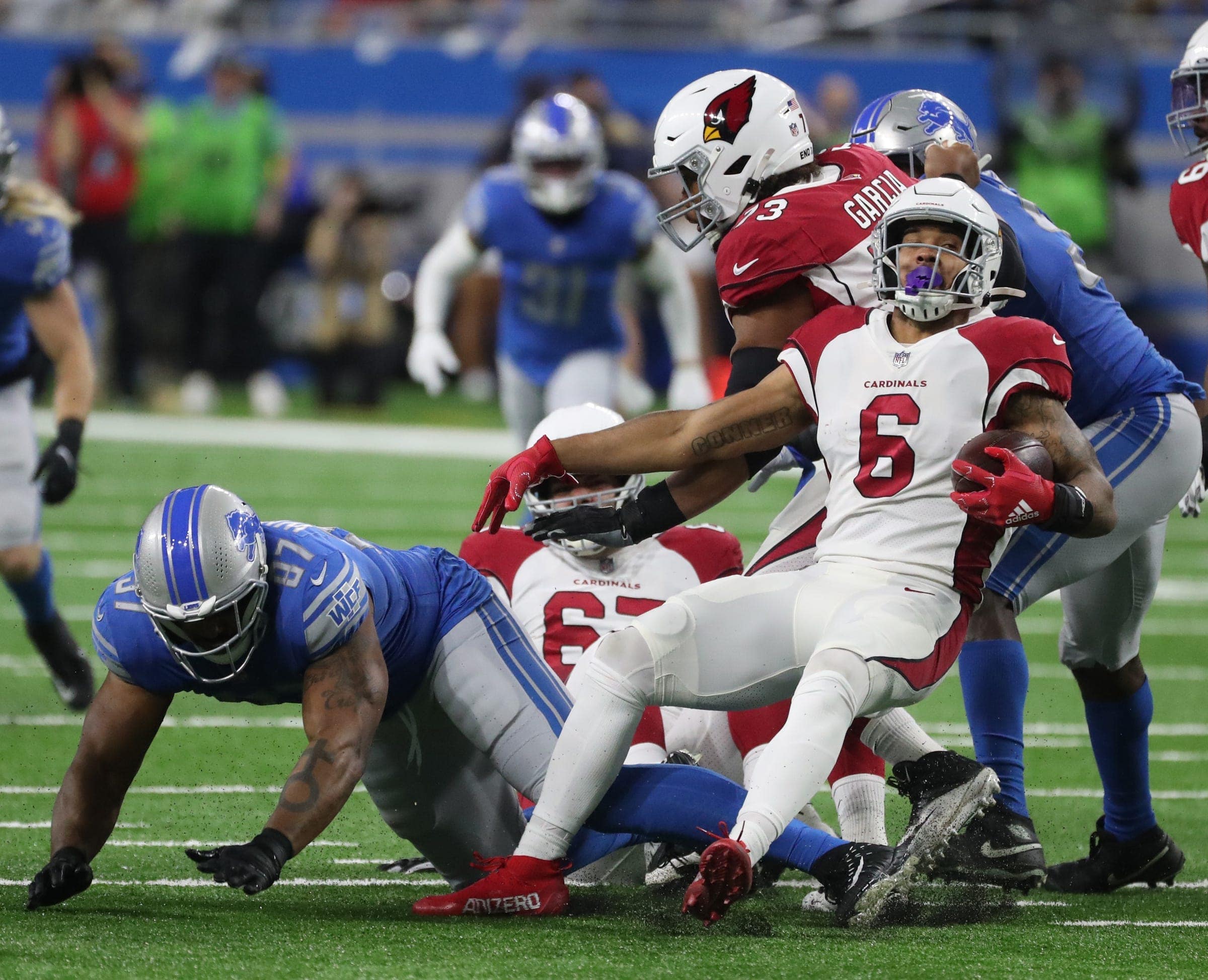 The Arizona Cardinals were the last undefeated team in the 2021 NFL season. The Detroit Lions were the last winless team. Even though each team’s 0 in its respective column has long since been a thing of the past, Arizona still shouldn’t be going around losing to opponents like Detroit. But that is exactly what the Cardinals did on Sunday, resulting in the biggest upset of Week 15. Heck, no other game even had a chance of producing a bigger upset; at -13.5, the Cards were the heaviest favorite on the entire schedule.

Adding insult to injury for Cardinals

There are reports out there that DeAndre Hopkins “could be back by the NFC Championship.” LOL.

No, I’m not laughing at Hopkins being injured; I’m laughing at the thought of Arizona playing in the NFC Championship.

This week started off poorly for the Cardinals when they learned that Hopkins would miss the remainder of the regular season due to a knee injury that required surgery. Things were already going downhill for head coach Kliff Kingsbury’s club, which was once 7-0 but had lost three of its last six games heading into Week 15. Now things are downright dire, as Hopkins is out and a fourth loss in seven games – this one a 30-12 setback at the previously 1-11-1 Lions – leaves Arizona just a half-game ahead of the Los Angeles Rams in the NFC West.

The Cardinals’ next two opponents are Indianapolis and Dallas. Meanwhile, the Rams will be favored in at least three of their last four games. This isn’t the beginning of the end for Arizona…. It’s the continuation of the end.

The Lions do not care about your parlay 😭 pic.twitter.com/iqxBREOtZf

One team sinking even faster than Arizona is the Tennessee Titans. But when you start the season 8-2 and play in the AFC South, you can still win your division. And that’s what I expect the Titans to do, as they are 9-5 with remaining games against San Francisco (home), Miami (home), and Houston (away). Tennessee will be favored in two of three, and simply beating the Dolphins and Texans would be enough even if the Indianapolis Colts (8-6) win out.

But there’s no doubt about which AFC South squad is the best. That’s Indianapolis. Prior to the Titans’ disappointing 19-13 loss to the Pittsburgh Steelers on Sunday, the Colts thumped the previously red-hot New England Patriots 27-17 on Saturday. Indy has won five of its last six and seven of its last nine. Since Week 3, its only losses are two in overtime and a 38-31 thriller against the Tampa Bay Bucs.

With the way the Colts play defense and also the way Jonathan Taylor runs the football, I would want no part of them in the playoffs. Don’t be surprised if that that’s the eventual fate of the Titans, though. Tennessee as the division champion vs Indianapolis as a wild card could happen in the first round….

Any win in Baltimore is a good one

It’s true that beating the Baltimore Ravens with Tyler Huntley is a lot different than beating them with Lamar Jackson. Still, it’s not easy to win in Baltimore under any circumstances and the Green Bay Packers got the job done. The visitors staved off a two-point conversion in the final minute to hold on for a 31-30 victory.

Sure the defensive performance was poor, but it’s becoming increasingly clear that it doesn’t matter what Aaron Rodgers has around him; he’s going to win regardless. As long as Davante Adams, Aaron Jones, and AJ Dillon are part of the supporting cast, Rodgers can survive behind a patchwork offensive line and make up for a mediocre defense.

Give me another Packers vs Bucs NFC Championship. I want to see it. And I’m not so sure the outcome would be the same this time around – especially not if the Pack can get home-field advantage again.