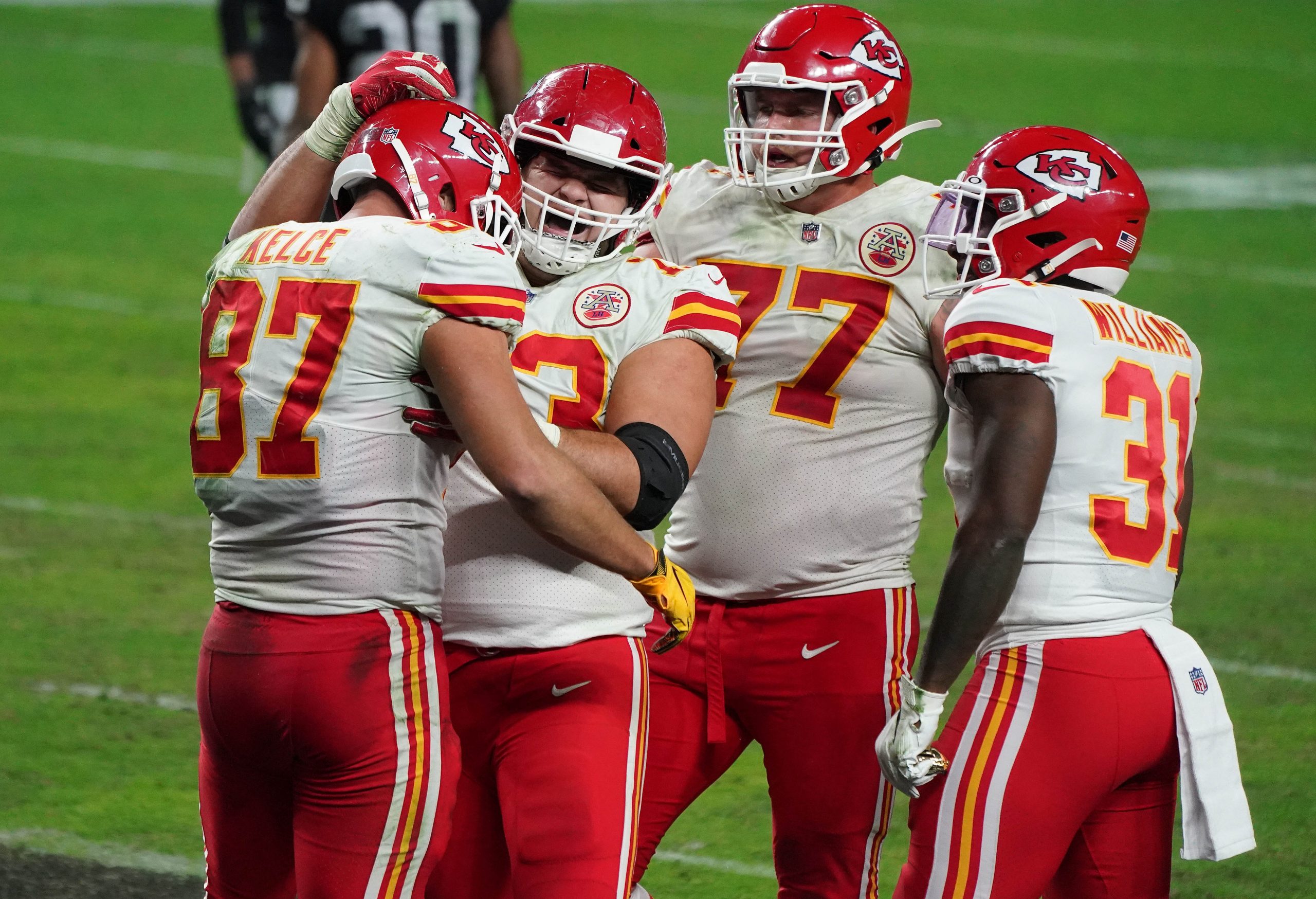 There was no Thursday or Saturday NFL action this week, so a huge slate of games awaits us on Sunday. Week 17 – which for the first time ever isn’t the final week of the season — is highlighted by Chiefs vs Bengals, Dolphins vs Titans, Rams vs Ravens, Cardinals vs Cowboys, and also Vikings vs Packers on Sunday Night Football.

With both NFL playoff spots and fantasy football championship implications on the line, which players will come up big and find their ways to the end zone? Let’s take a look at some of the best touchdown scorer prop bets for this weekend.

With Leonard Fournette on injured reserve, Jones is RB1 in Tampa Bay. Ke’Shawn Vaughn will get some of the carries, but it’s Jones who will shoulder the load. RJ2 handled those duties nicely last Sunday, when he rushed 20 times for 65 yards and a touchdown during a 32-6 rout of Carolina. He also caught 2 of 3 targets for 16 yards. Jones and the Bucs now have an even more favorable matchup against an atrocious Jets squad. New York is 30th in the league against the run and dead last in rushing TDs allowed (27).

Kelce is back from a brief hiatus due to COVID protocols, and being well-rested should allow him to pick up right where he left off 2 weeks ago. In a 34-28 overtime defeat of the Chargers, Kelce hauled in 10 of 13 targets for 191 yards and 2 scores – including the game-winner during extra time. The 32-year-old now has 83 receptions for 1,066 yards and 7 TDs for the season. Next up for Kansas City is a Cincinnati team that has given up the seventh-most fantasy points to tight ends.

Smith finished with just 3 catches for 40 yards (and no touchdowns) in Philadelphia’s 27-17 win over Washington on Dec. 21, which is probably why you can get him all the way at +200 this week. But there is no reason to think the former Heisman Trophy winner will be held in check again. He has scored 5 TDs this year and 3 have come in the last 7 contests. Another shot at the Football Team is a perfect opportunity to get back into the end zone. Washington is 30th in the NFL against the pass and has surrendered more scores through the air than any other team – and by a country mile, too (33; no other team has allowed more than 29).

Aaron Rodgers looks poised to earn another NFL MVP honor and his connection with Lazard has been effective of late. Lazard was never targeted more than 4 times in any of the first 4 games this season, but he has been targeted more than 4 times 5 of his last 8 games. That stretch has seen him deliver 5 touchdowns. Minnesota is 27th in the league against the pass and its secondary is extremely banged up. The Vikings are also tied for 7th in the department of most passing TDs allowed (26).