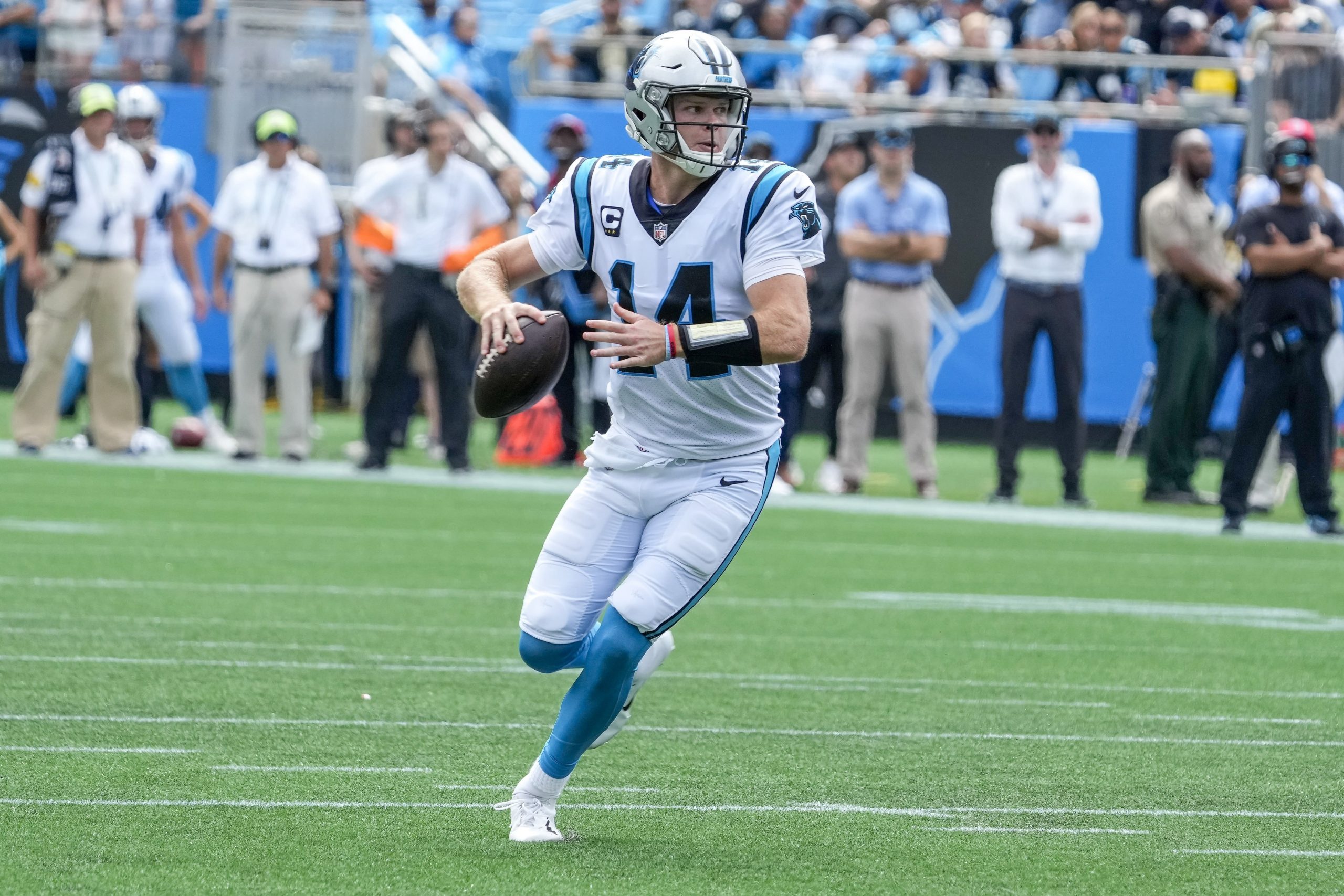 The 2021 NFL regular season is winding down, but we still have a couple of full slates left. Why not celebrate by going for a big payday? That’s right; we’re back with another mega parlay, NFL edition. Doing one each week of the season. I have had a ton of success with these mega parlays, and even hit one at 74/1 in Week 13 last year.

I also just hit it for Week 11 at +1762, and then again for Week 13 at +1255. We came up one last-second field goal short of cashing the Thanksgiving one at 17/1, as well. Why not do it once more and make it three out of seven weeks? We’re going big and bold again, so let’s not waste any more time. But before we dive in, don’t forget to check out our picks for the side and total on every NFL game.

To start this mega parlay off we’ve got the fightin’ Taylor Heinickes. This game is a classic buy low and sell high spot as everyone has overreacted drastically to the past couple of weeks. If this game had been played just a few short weeks ago, Washington might’ve been favored. The past couple weeks have been ugly for the Football Team, but that’s because they dealt with a huge COVID outbreak that had them starting Garrett Gilbert at quarterback for one of those games, and an off-field tragedy on top of it.

Their playoff hopes are still alive, and a Ron Rivera-coached team isn’t going to just roll over and admit defeat. The Eagles are 8-7, but just look at who those eight wins came against. The Falcons, Panthers, Lions, Broncos, Saints (mid-collapse), Jets, Washington (in the game Gilbert started) and Giants. Pretty much the least impressive eight wins you could possibly imagine.

Looking at the afternoon slate, we have the Panthers for the next leg of our parlay. There’s just no reason for the Saints to be this big of a favorite against just about anybody. Remember how Carolina dominated New Orleans when these teams played earlier this season? And that was with Jameis Winston still at quarterback. Ever since Winston went down New Orleans’ offense has cratered, and the Saints have produced 12 total points over their last two games.

Carolina’s defense is still very talented and worthy of respect. The Panthers’ last two games were against the Bills and Bucs, two of the best offenses in the league. Needless to say, this is a huge step down in competition. The Saints have no weapons left on offense, and Sam Darnold getting the start for Carolina is probably an upgrade from Cam Newton.

To wrap this mega parlay up and hopefully bring us home, we’ll have to wait for Monday Night Football. Give me Ben Roethlisberger in his final home game at Heinz Field. These farewells just always seem to have storybook endings, and I think Big Ben will muster whatever he has left here. I’ve been a consistent critic of this Pittsburgh defense, but for the most part the only units that have torched them have been elite offenses.

And I certainly wouldn’t call this Browns offense elite. Baker Mayfield threw four interceptions last week, and the team has clearly lost confidence in him. Heinz Field should also be rocking, with this being a primetime game against an AFC North rival for the end of the Big Ben era. When these teams first played the Browns only produced 10 points, and that game was in Cleveland. Nick Chubb was held to only 61 yards on 16 carries in that matchup.