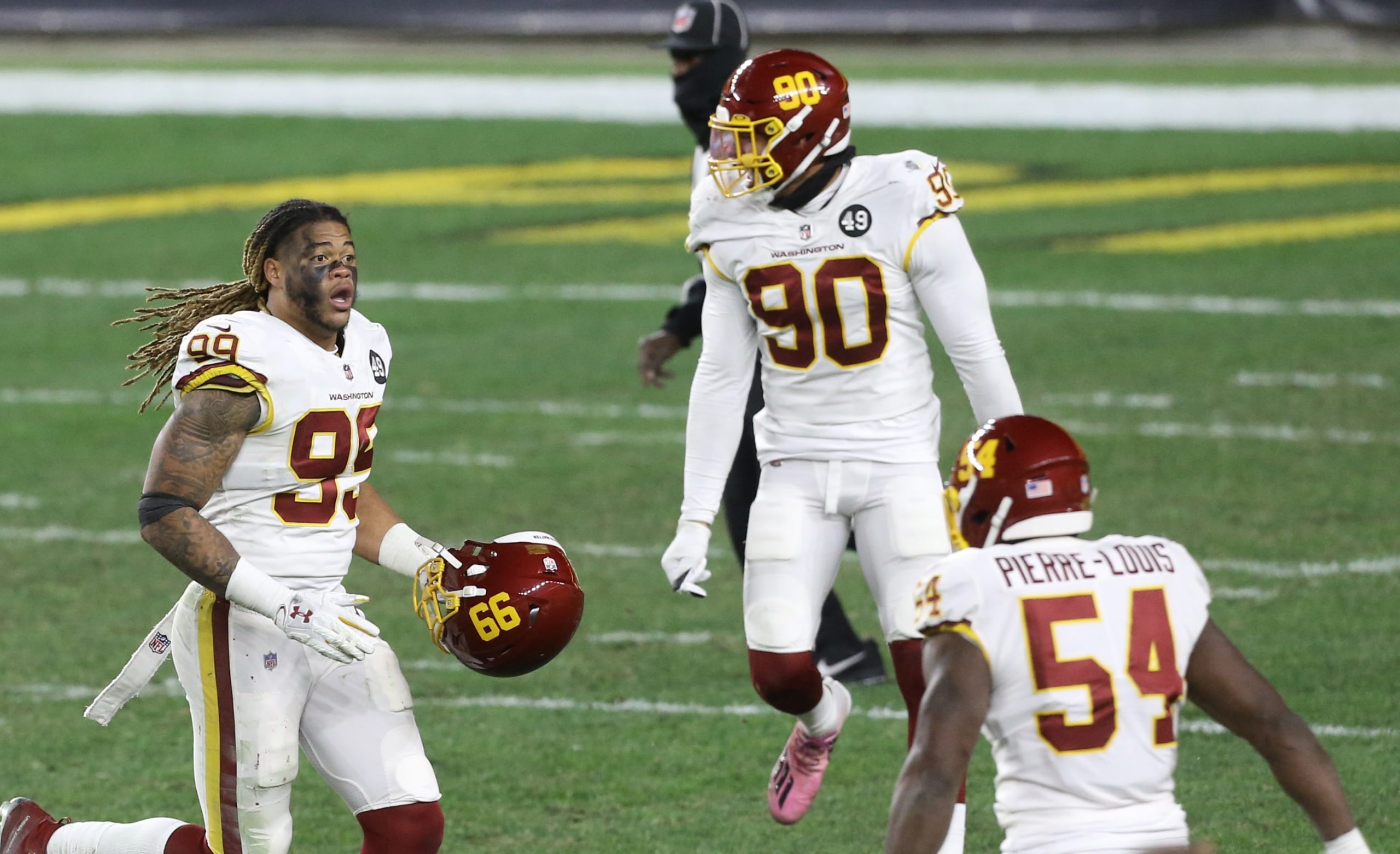 It’s the final game of the NFL regular season here as the Philadelphia Eagles host the Washington Football Team for a game that will decide who wins the NFC East. If Washington wins, they’ll clinch an improbable division title, if they lose, then the winner of the Cowboys/Giants game earlier in the day will get the playoff berth.

Will Jalen Hurts muster a strong performance in what is his final audition for the full-time job in 2021, or will Washington’s young defensive line dominate?

Be sure to check out our Washington vs. Eagles Sunday Night Football predictions for our expert handicapper’s picks, both ATS and O/U.

This line has been steadily moving in Washington’s direction. The game opened with the Eagles as a slight favorite, but that quickly moved to a pick em. Then Washington became a slight favorite. Now as of Friday afternoon, Washington has moved out to a favorite of a full field goal. That likely has to do with the injury situation on both sides, as Alex Smith appears to be progressing nicely while the Eagles are banged up. Philly will be without key defensive back Jalen Mills, and likely other crucial players such as Dallas Goedert, Miles Sanders, and Fletcher Cox. If Smith gets ruled out and Washington is forced to start Taylor Heinicke, I would anticipate this line moving back down a bit.

The total has been somewhat static, hovering around 43.5 currently after opening at 43 at a lot of books. I’d expect this number to shift in either direction once we get more clarity on the injury situation however. There’s a lot still up in the air, including whether Smith, Antonio Gibson, or Terry McLaurin will play for Washington. I think we could see the total move either up or down a point or two depending on the status of those three, Goedert, and Sanders.

How To Watch Sunday Night Football

The Sunday Night Football schedule throughout the 2020 NFL season is straightforward. All 16 games (there is no Week 17 SNF game) kick off at 8:20 PM Eastern and are televised on NBC.

Of course, this is the year 2020 and consumers value different options. Being able to stream Sunday Night Football beyond the traditional means of a cable TV channel is important, and there are ways to do it. Here are four different streaming services:

Sunday Night Football kicks off at 8:20 PM Eastern each and every week.