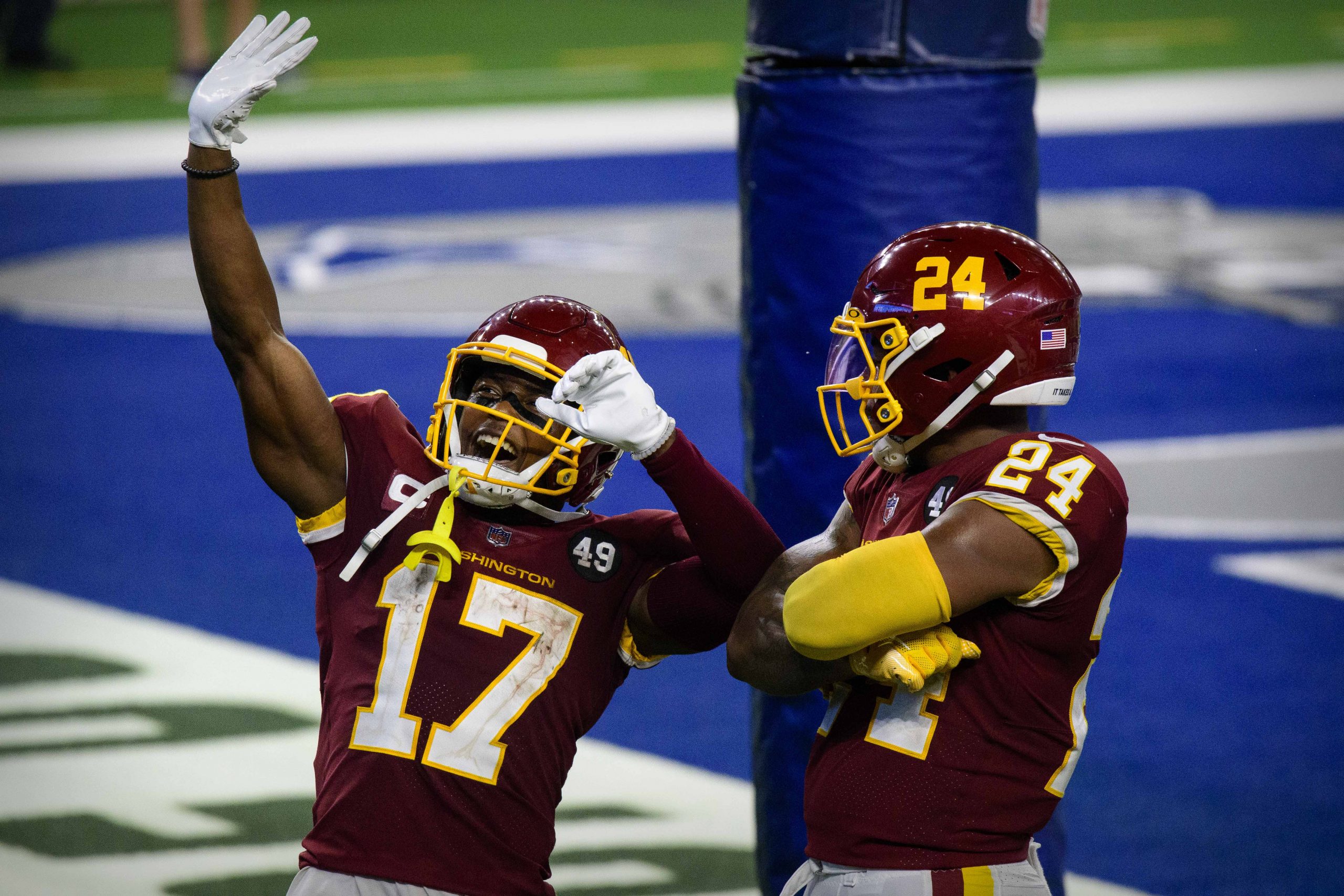 Week 18 in the NFL is here. No, that’s not a misprint; it’s actually Week 18. To commemorate these never-before-seen festivities, let’s issue the final regular-season installment of our best anytime touchdown scorer bets.

Which players are going to come up big with potential playoff spots on the line? Who is going to take advantage of bad defenses just going through the motions with nothing – except draft picks – to play for? Following a pair of Saturday games, we will find out most of the answers to those questions on Sunday.

With that, let’s take a look at 4 anytime TD scorer prop bets that should be made in Week 18.

I don’t absolutely love backing a guy who is questionable at minus money, but in this case it’s the smart move. Hey, if Jacobs doesn’t play, at least you get your money back. But it sounds like he will be good to go for the Raiders’ home game against the Chargers on Sunday Night Football. Los Angeles is 30th in the league against the run and has allowed 21 touchdowns on the ground. Jacobs has 8 rushing TDs this season and 3 have come in the last 6 games. In the biggest game of the 2021 campaign, you have to think the Raiders’ running back is going to play – and play well.

The Bills secure the AFC East title with a win over the Jets (or a New England loss to Miami), so they will obviously be going all out on Sunday. It’s actually hard to believe that a player like Diggs is plus money against an opponent as bad as the Jets. I would actually play this all the way below even money to something like -110. New York is 29th in the NFL against the pass, 31st in yards per pass attempt allowed, and has given up 26 passing touchdowns. Diggs has 9 TDs this season, 2 in the last 3 games, and caught 8 of 13 targets for 162 yards and a score in the previous head-to-head matchup.

McLaurin has gone six consecutive games without scoring a touchdown. I hate the “he’s due” argument, but…he’s due! It’s the last week of the season for Washington, which won’t be heading to the playoffs; McLaurin doesn’t want to end it in the middle of this scoring drought. The Giants should be just what the doctor ordered to satisfy those hopes. New York is quite simply the worst team in football at the moment – if you only take the last five games into account as opposed to the whole 2021 campaign. The Giants are in the bottom half of the NFL in passing defense and have surrendered 27 TDs through the air. In the previous meeting between these two NFC East rivals, McLaurin caught 11 of 14 targets for 107 yards and a score.

Las Vegas is in the middle of the pack in passing defense, which means both Cook should be productive along with quarterback Justin Herbert. The Raiders are even worse when it comes to defending tight ends; they are allowing the 28th-most fantasy points to that position. In the Chargers’ first win over the Raiders, Cook caught 6 of 7 targets for 70 yards and a touchdown. He also reached pay-dirt three weeks ago against the Giants.