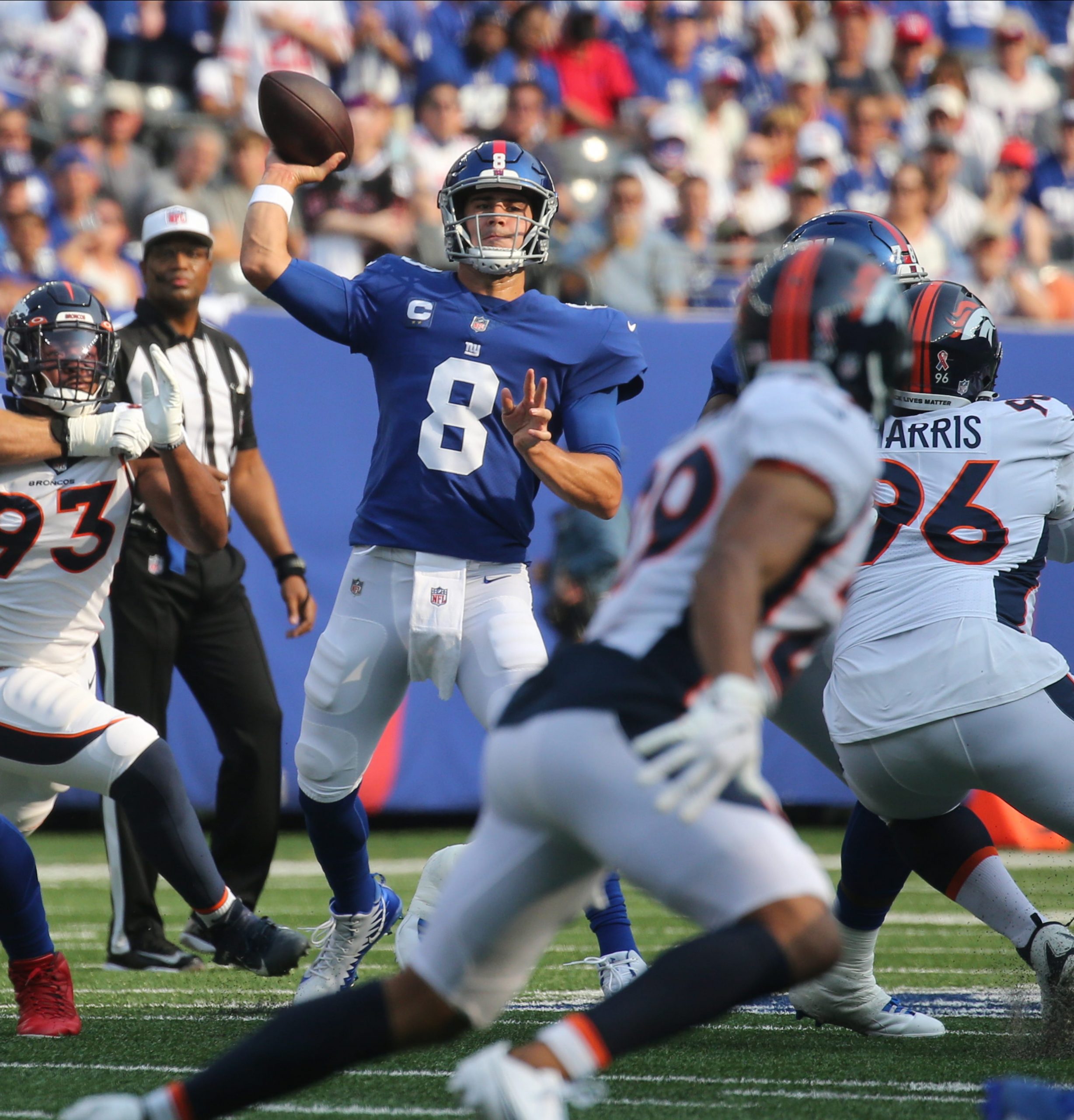 The 2021 NFL season has been great so far, and we have another exciting slate on Sunday for Week 5. Why not celebrate the fun by going for a big payday? That’s right; we’re back with another mega parlay, NFL edition. We came up one-leg short of cashing last week’s, this time around we’re going big and bold again, so let’s not waste any more time. But before we dive in, don’t forget to check out our picks for the side and total on every NFL game.

To start this mega parlay, we’ve got the simplest leg. The under in this Dolphins/Buccaneers game. Oddsmakers continue to misunderstand this Buccaneers defense. Sure they’ve got injuries in the secondary, but that only matters when they’re playing an offense that can take advantage of them vertically. I didn’t think Mac Jones would punish them last week, and I pounded the under 49 there. Now, I certainly don’t think Jacoby Brissett will punish them this time around. The Dolphins have one of the worst offensive lines in the league, so Brissett won’t even be able to throw the ball downfield if he wants to.

He’ll be too busy running for his life from this ferocious Bucs pass-rush. Tampa is also getting back Jason Pierre-Paul and starting cornerback Jamel Dean for this one. On the flip side, the Dolphins have two corners in Xavien Howard and Byron Jones who can help slow down the Bucs’ receivers. Miami head coach Brian Flores is a strong defensive mind, and the former long-time Patriots assistant spent a lot of time with Tom Brady in New England. He should be able to slow him down, to an extent, like Bill Belichick did last week.

The afternoon slate is where we’ll get the juicy odds to truly make this a mega parlay. I liked the Giants’ money line last week and had it as part of our Week 4 mega parlay that came really close to cashing. Now I’m going right back to the well after their upset win over the Saints. Nobody is talking about it for some reason, but Daniel Jones has made a real leap in this third year as a pro. He’s averaged at least 7.2 yards per attempt in all 4 games.

Last year? He did that 3 times in the entire season. He just averaged 10.1 and dropped 402 yards on a really tough New Orleans defense last week. Everyone buried the Giants after an 0-3 start, but they’re a couple of bounces away from being 3-1 right now. They looked like the better team in 2 of their 3 losses. This one has the chance to be very close.

I’m selling high on the Cowboys at the height of their market perception, and I’m doing with the same thing to wrap up this parlay. Trey Lance didn’t look great in his first real action last week, but that was to be expected. He was suddenly thrust into relief of Jimmy Garoppolo without any practice reps, and without a game-plan that was tailored to his strengths. Now, Kyle Shanahan has had a whole week to scheme up stuff for his dynamic first-round rookie.

That’s bad news for Arizona. The Cards are the league’s last undefeated team, but regression appears to be on the horizon. They beat Minnesota only because of a missed 37-yard field goal in the final seconds, and they didn’t look too impressive against the lowly Jaguars. San Francisco lost to Seattle last week, but they out-gained them.

Be sure to check out our same game parlay for Packers vs Bengals (+866 odds!)