NHL Tuesday mega parlay (+1244 odds): 'Canes will be able to make a statement 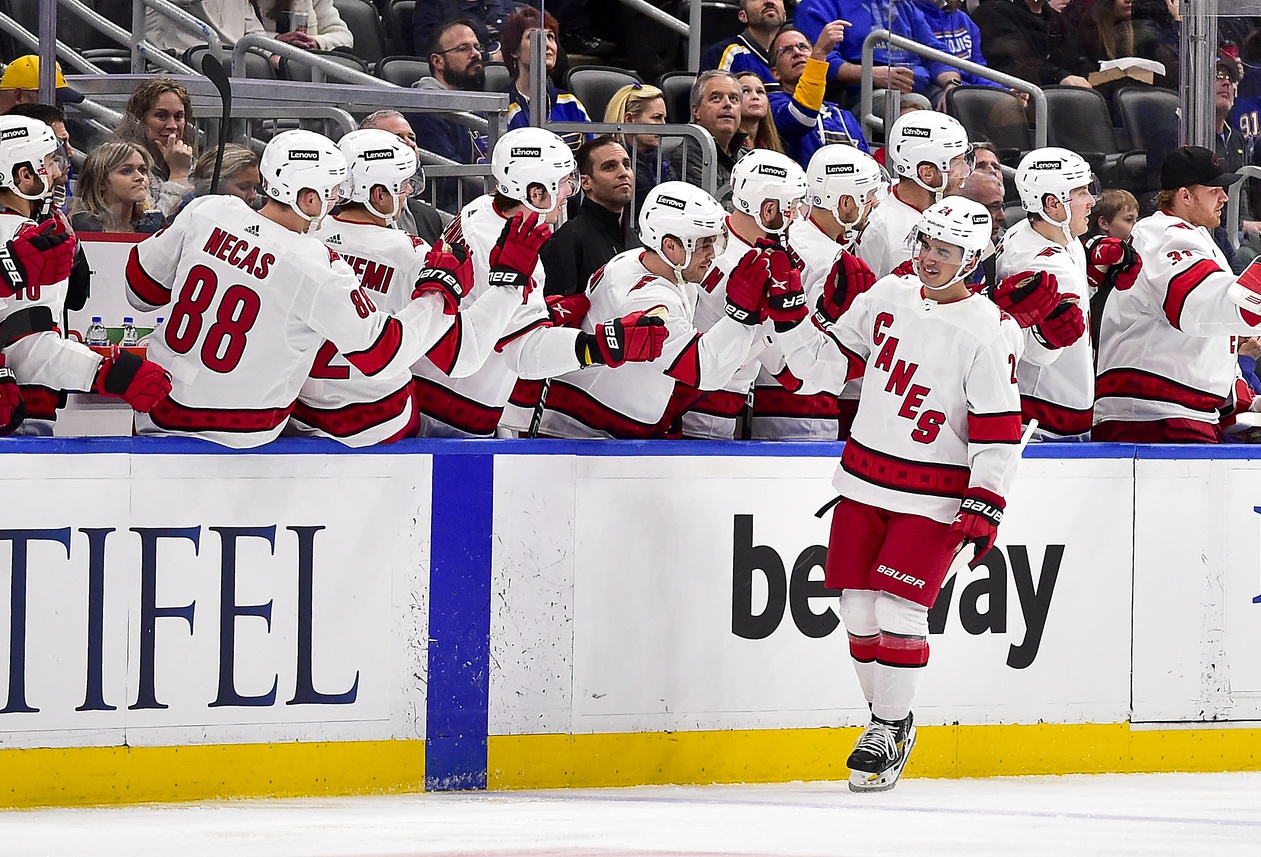 In the final week of the 2021-2022 NHL season, this jam packed Tuesday night 13-game slate should bring the best action to close out the season. There are games with playoff implications, draft lottery implications, and a few big time heavyweight tilts. There are 5 games that feature 2 playoff teams and there are 4 games that feature 1 playoff team. There are plenty of opportunities for teams to play spoiler and plenty of opportunities for teams to make moves in playoff seeds. If you are looking to combine some picks with good value, check out this mega parlay that has +1244 odds on DraftKings Sportsbook.

On Sunday the Panthers lost for the first time in 15 games. In that 14-game winning streak, they beat playoff teams, draft lottery teams, and everything in between. Florida has been the standard in the East all season and has not taken their foot off the gas once. They have a good chance to win the President’s Trophy. That will be as impressive this season as any other recent season considering the caliber of of Colorado and really every other team in the east.

The Bruins have hit a much needed stretch of 4 wins in their last 5 games. They have just a +2 goal differential over that span though and have shown some streakiness. Before this good stretch, Boston lost 4 of its previous 5 games. They are 10-29 against the spread (ATS) at home this season and 1-3 ATS at home in their last 10 games. Florida has covered -1.5 in 3 of their last 4 road games and should feel comfortable enough away from home. This is good value at +180.

The Rangers have given the Hurricanes a scare for the top spot in the Metropolitan Division, but Carolina has staved them off. They will look to use this game to certify their top spot in the division that they have occupied all season. Carolina has won 7 of their last 10 games and 4 straight entering this game. Streaks like that have been status quo for them all season.

The Blues have been red hot but still can’t pull away from Minnesota to lock up the 2nd spot in the Central Division. Neither team will blink. Although the Blues have clinched, their last few games are still meaningful games as they will want to lock in home ice advantage in the first round. A combination of very strong play and incentive will give the Blues a little extra jolt in this one.

St. Louis has not lost in regulation in 16 games dating back to March 26. They are 14-0-2 in that span taking care of business against good and bad teams alike. Colorado has lost 4 straight games and the Blues have passed the Avs in league rankings in goals scored per game, power-play percentage, and penalty-kill percentage. Their goal prevention is only separated by 0.04 goals per game. There is no reason the Blues can’t win this one.