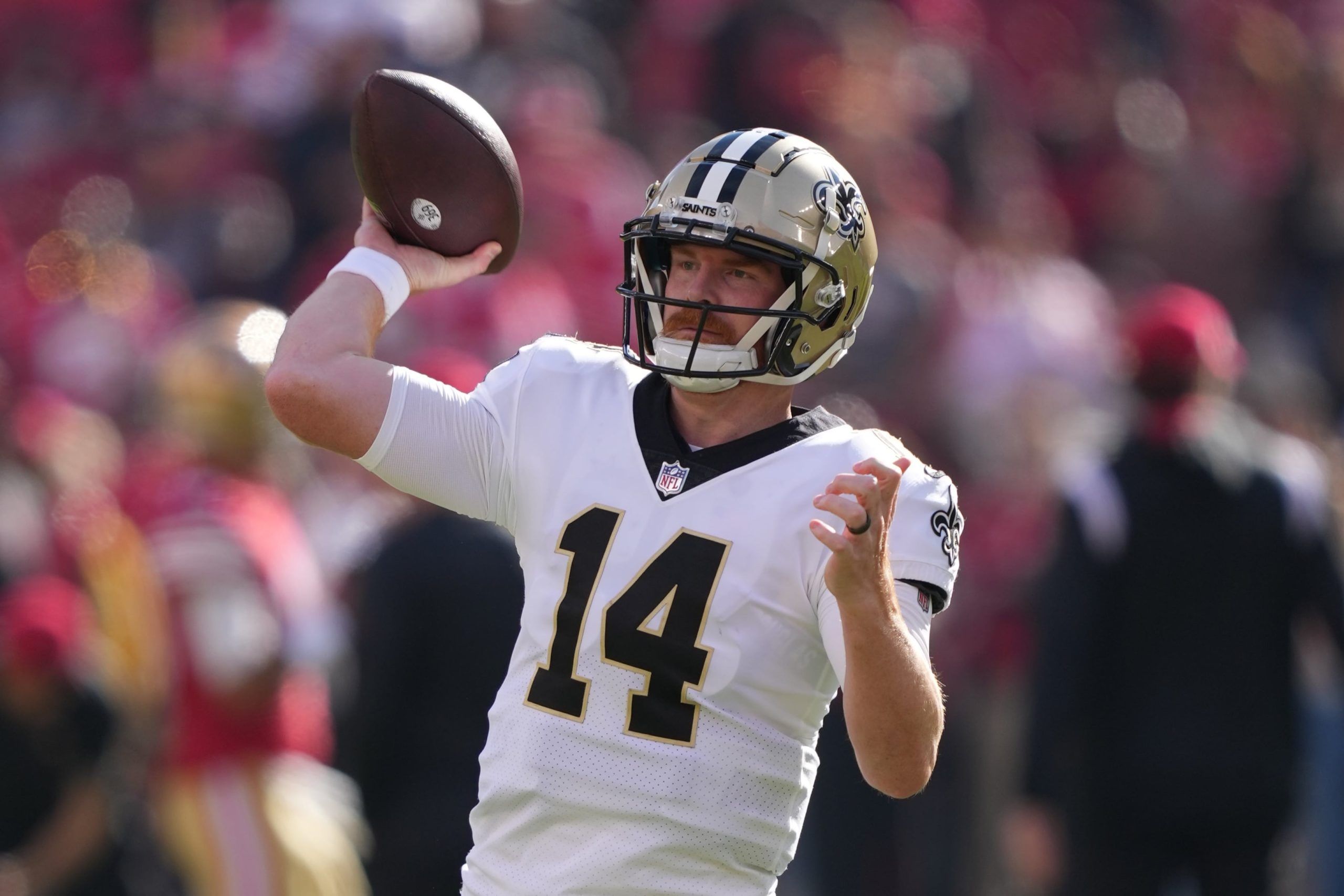 Both teams limp into Monday night’s NFC South matchup as the New Orleans Saints travel to Tampa Bay (-3.5) in a battle of two middling teams. The Bucs are coming off a loss to the Cleveland Browns, while the Saints dropped to 4-8 after a road loss to the 49ers. It’s always exciting to see what will go down between Mike Evans and Marshon Lattimore, but Evans and Brady have not been on the same page of late. The Saints’ defense always seem to give the Bucs fits; Brady is 1-4 against New Orleans as a Buccaneer in the regular season. His first win came this season in Week 2 when the Bucs won 20-10 on the road. Let’s take a look at some player props for Monday night.

Line available at DraftKings Sportsbook at the time of publishing.

This is a prime example of using the information that books give us against them. Dalton’s pass attempts are set at 33.5, which is odd considering he’s only hit that line once all season. Tampa Bay has the lowest time of possession (26:03 min) and the highest passing play percentage of any team in the league at home. This trend would give New Orleans with more opportunities than they are accustomed to and explain the additional pass attempts for Dalton. Tampa Bay is allowing a 64% opponent completion percentage at home, which would land Dalton at 21 completions.

Dalton has flirted with this line in 3 of the last 4 games despite not exceeding 30 pass attempts. New Orleans will look to establish the run early, but they’ve managed to hold opposing RBs under 4 YPC six times this season. The Saints, with Dalton under center, are 0-3 on the road with an average margin of loss of 10.3 ppg. I’m expecting a negative game script that will allow Dalton to be given everything underneath to hit this number.

Lock in our 2 Saints vs Buccaneers touchdown scorer best bets!

Line available at DraftKings Sportsbook at the time of publishing.

I know, it’s a lot of juice. Sadly, we are at that point in the season where lines are sharp and books know that with only one game on the slate, they will get your action. As a result, we see a player prop board riddled with -140 or worse on overs and unders that would require injuries or complete blowouts to hit. This ties into the play above. Dalton’s pass attempts are exceptionally higher than anything we’ve seen all season and I’m going to believe even if he goes under and lands around 31/32, it’s still above his average production.

Landry is at a 20% target share since returning in Week 10, and Juwan Johnson is missing from the lineup for Monday’s game. I’m expecting Landry to see 7+ targets tonight and hit this line with ease. Chris Olave is now a receiver to game plan for and this should give Landry opportunities he hasn’t seen much this season. The Bucs rank 21st in DVOA vs WR2s.