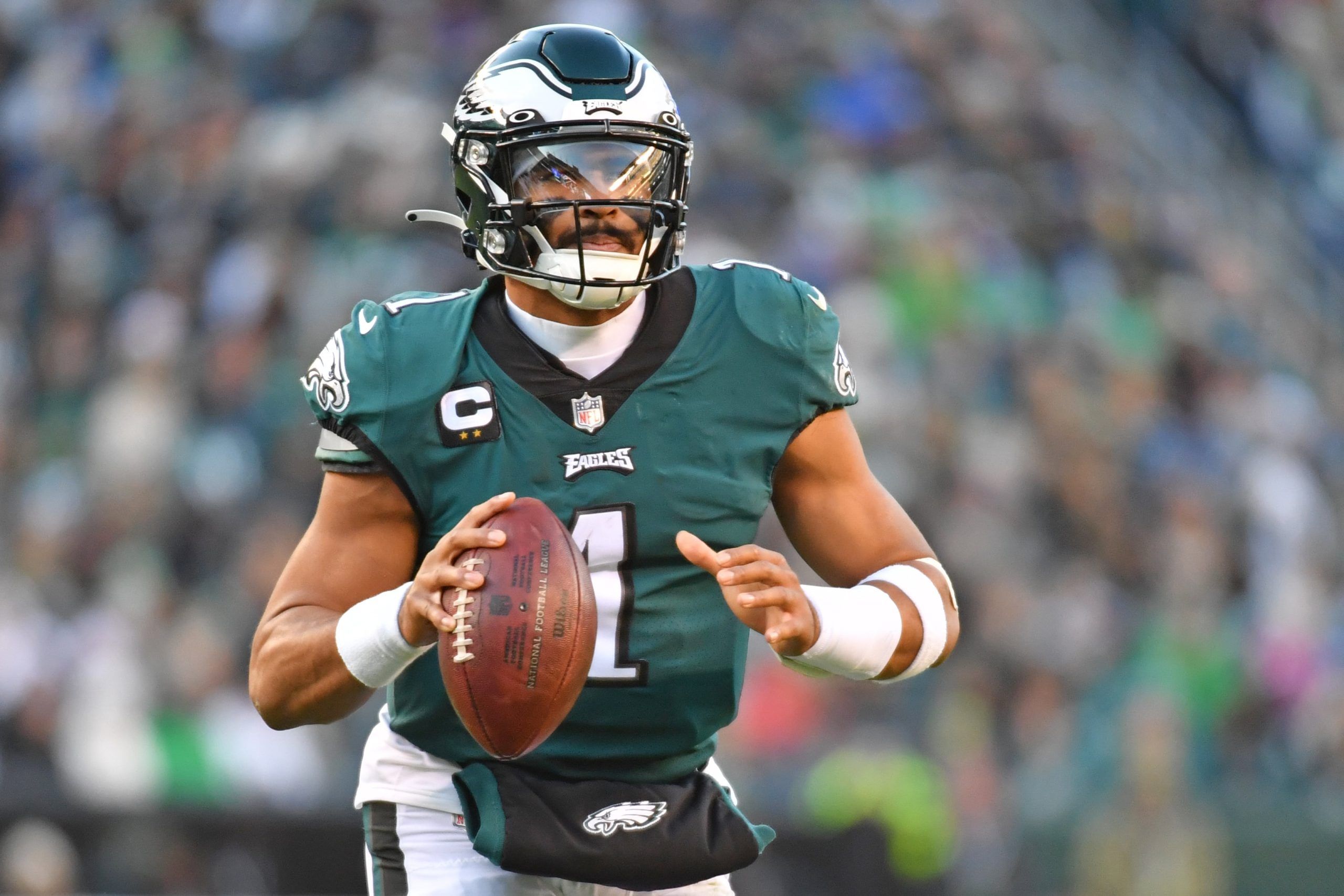 Week 14 of the NFL season continues on Sunday with an 11-game slate. One of the most intriguing matchups on Sunday is an NFC East divisional battle between the Philadelphia Eagles and the New York Giants. With such an exciting matchup, our expert has two picks including a best bet for this contest.

It’s a divisional battle in New York as the 11-1 Philadelphia Eagles face off against the 7-4 New York Giants. Jalen Hurts and A.J. Brown took down the Titans with ease in their Week 13 matchup and they continue to showcase one of the best offenses in football. As for the Giants, they are coming off a disappointing tie to the Commanders. It was truly a sight to see as neither team was able to score in 10 minutes of overtime. With just a few weeks left in the regular season, this game is very important, so let’s break it down.

Find all the latest Sportsbook Promo Codes and Bonuses for NFL Week 14, including sportsbooks live in your state.

Be sure to check out the rest of our NFL Week 14 predictions:

We’ve got 2 smart NFL picks for this week’s game between the Eagles and Giants.

The Philadelphia Eagles will try to maintain their dominance atop the division and the entire NFL when they visit the NFC East rival New York Giants on Sunday afternoon. Philadelphia has bounced back nicely from its lone loss of the season to Washington, winning 3 in a row — including the last 2 in especially impressive fashion by the offense. Jalen Hurts and company battled past Green Bay 40-33 and then thrashed Tennessee 35-10 last weekend. Hurts is playing so well that he has narrowed the gap on Patrick Mahomes in the MVP race (+125 for Mahomes to +175 for Hurts at DraftKings).

Meanwhile, the honeymoon appears to be over for the upstart Giants. They got off to a surprising 6-1 start but are 1-3-1 in their last 5 contests and since Week 7 have not defeated anyone other than the lowly Texans. This first of 2 meetings with the Eagles does not appear to be a good matchup for the G-Men, either. New York has the 7th-worst rushing defense in the NFL, is 3rd-to-last in yards per rush allowed (5.1) and Philly boasts the #5 rushing offense. With the way the visitors’ offense is cooking right now, I just don’t see the Giants being able to keep up on the scoreboard. Philadelphia is 4-0 ATS in its last 4 against opponents with winning records. New York is 1-7 ATS in its last 8 December outings. I will take the Eagles and give the touchdown.

Be sure to check out our full Eagles vs Giants predictions

One of the few downsides for the Eagles is that safety C.J. Gardner-Johnson recently went on injured reserve, joining defensive end Robert Quinn. Fortunately for Philadelphia, its offense is scoring in bunches these days. Although RB Miles Sanders often gets overlooked because of the Hurts-to-A.J. Brown connection, he has quietly scored at least 1 TD in 5 of the last 7 games and has 9 in total this season. Sanders, who ran for 143 yards and 2 scores in Week 12 against the Packers, should be in line for a big day at New York’s expense.

Be sure to check out all of our expert betting insight, analysis and even more NFL Predictions and NFL Best Bets from the rest of the Week 14 action.