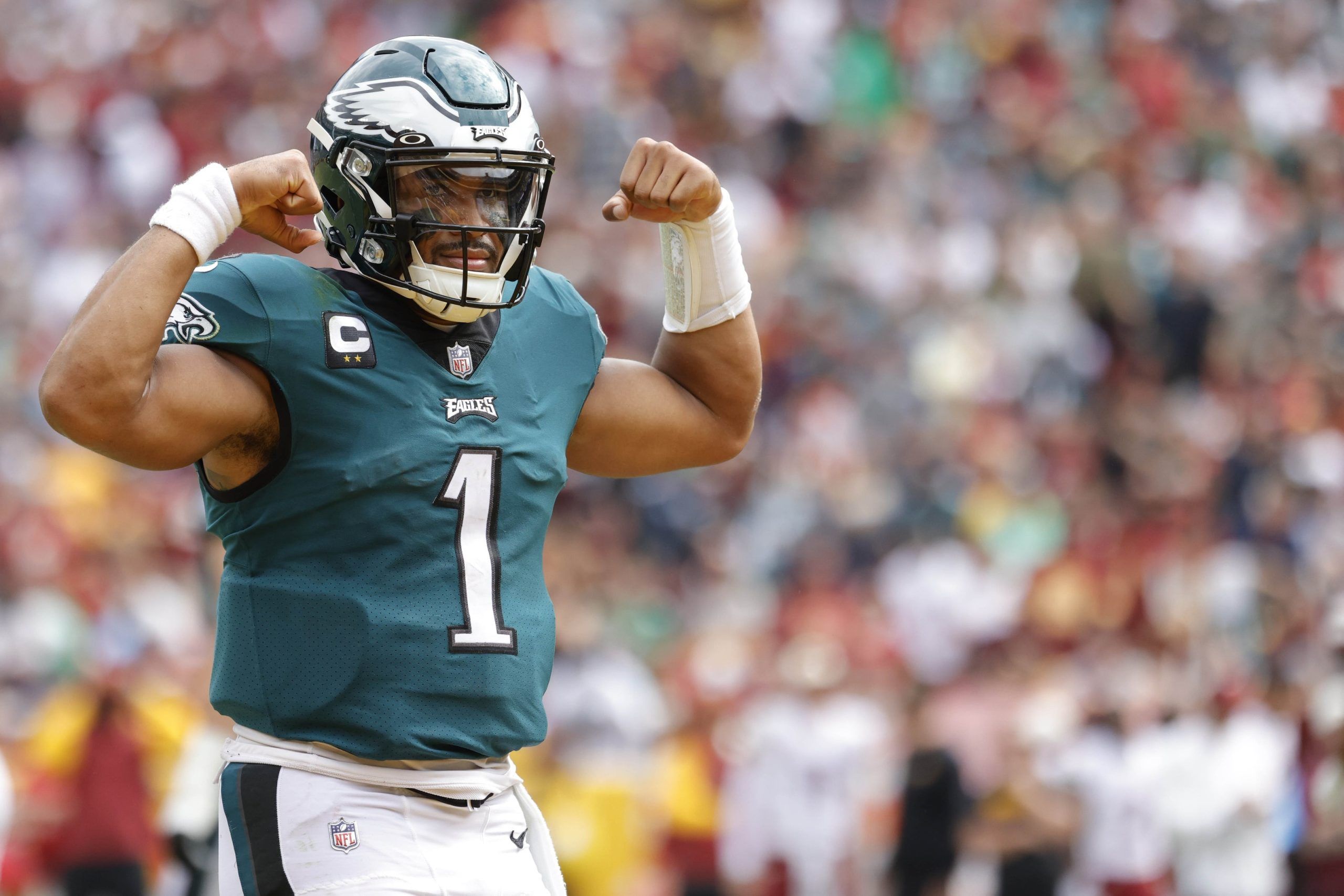 It was another incredible Sunday for the Pickswise handicappers. Not only did they go 17-7 on sides and totals, but we also hit THREE Same Game Parlays and went 2-0 on our best touchdown scorer picks for Packers vs Eagles. Let’s break down how Pickswise helped you bet better in NFL Week 12.

Our NFL handicappers are having an incredible season, and this past week proved to be another profitable one. We went 8-4 on sides and 9-3 on totals in NFL Week 12, which means that overall we went 17-7. If you staked 1 unit on the number of stars recommended for each pick, you would have finished up +14 units.

However, it’s important to remember that Week 12 of the NFL season is not yet over. We still have Monday Night Football, so make sure you check out our Steelers vs Colts predictions as we look to add even more success to our sides and totals record.

Not one, not two, but THREE Same Game Parlay winners

If you prefer to bet at bigger odds, then Same Game Parlays are probably right up your alley. Thankfully for the Pickswise Nation, we also provide an SGP for EVERY NFL game as well. And on Sunday, we hit three of ’em. Things got started in the Broncos vs Panthers game at +826 odds, which we hit by taking the Panthers +1.5, under 36.5 points and Latavius Murray over 60.5 rushing yards. Our Jets vs Bears Same Game Parlay also cashed at modest +265 odds after one of the legs pushed with Justin Fields being inactive. But we still nailed our Jets -6.5 and Over 38.5 picks on that.

Then came Sunday Night Football between the Packers and Eagles. Our expert decided to keep things simple by taking the Eagles -6.5 and a Christian Watson touchdown at +764 odds. Both legs hit and we had a nice payout in primetime.

Can we add another winner? Be sure to check out our Steelers vs Colts Same Game Parlay for Monday Night Football at +601 odds.

Our success on Sunday Night Football wasn’t limited to a Same Game Parlay win, as we also went 2-0 in our Packers vs Eagles best touchdown scorer bets! Our first play on Miles Sanders hit relatively early in the game, and that was then followed up by a great receiving touchdown from running back Aaron Jones. There were plenty of touchdowns going round in that game, and our experts were able to pick out two of the recipients.

But the question is, can we continue that good form tonight? Make sure you check out our Steelers vs Colts best touchdown scorer bets, which includes a longshot play at +300 odds!