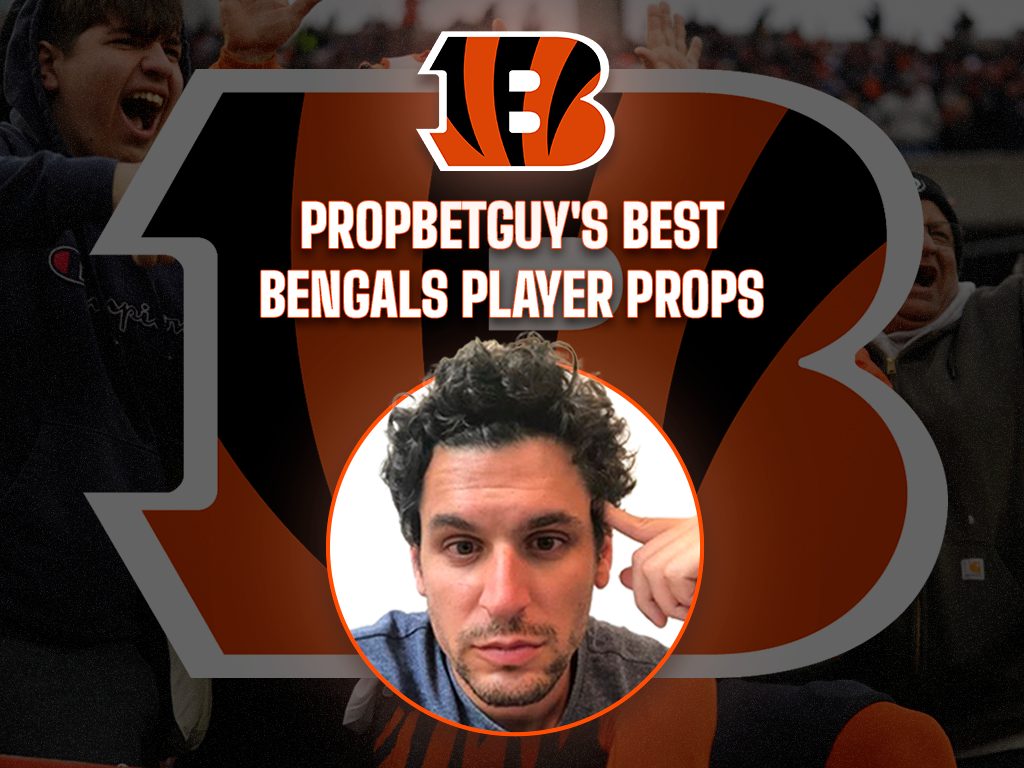 After a wildly unpredictable playoffs, we’ve finally made it to Super Bowl LVI. The Rams and Bengals will square off in SoFi Stadium for the ultimate prize. While not many people had these teams pegged for the big game, it’s evident that both are playing their best football at the right time.

The Bengals were picked by many in the preseason to finish last in their division. However, with the emergence of young superstars and some gritty comeback wins, Cincinnati is on the cusp of their first Super Bowl victory in franchise history.

With that, below is where I’ll list all Bengals-related props I’ll be taking for the game. Be sure to check back here leading up to kickoff, as the books will continue to roll out the props as the week pushes forward.

Check out our Super Bowl Hub for extensive analysis, picks, props and parlays

This isn’t really a Bengals-specific prop, but since it’s driven by Cincinnati’s pace, I’ll park it here.

Both teams are efficient offensively, ranking in the top 8 of yards per play. The Bengals specifically are one of the slower teams in the NFL. They had the 2nd highest seconds per snap in the regular season (the Rams ranked 12th), and ran no-huddle at the third lowest frequency. Both quarterbacks are extremely accruate (Burrow #1 and Stafford #4 in completion percentage), which should keep incompletions, and clock stoppages, to a minimum.

Just because it’s the Super Bowl doesn’t mean this game will be fast. I love the under here.

Lost in the sauce that has been Ja’Marr Chase’s unblievable rookie season was Higgins’ excellent sophomore campaign. Higgins eclipsed 1,000 yards in only 14 regular season games.

Somewhat surprisingly, the Clemson receiver has matched Chase’s production over the latter half of the season. Since Week 8 (including the postseason), Higgins has 1 more catch, 74 less receiving yards, and a slightly higher yards per route run (2.23 vs 2.21) than his rookie counterpart. During that span, Higgins has hit this line in 8 of 12 games.

The Rams are typically heavy on zone coverage schemes. They broke protocol in the divisional round having star cornerback Jalen Ramsey quasi-shadow Mike Evans. While Ramsey has been campaigning to shadow Chase, both scenarios work in Higgins favor. If Ramsey shadows, then Higgins has the more advantageous matchup. And against zone coverage this season, Higgins has been more efficient than Chase.

Overall, I think the Rams will have plenty of eyes on Chase, in an effort to not let the rookie beat them. Higgins should welcome the opportunity, as well as the targets. I have Higgins projected close to 80 yards on Sunday.

Line available at time of Super Bowl Prop Show. Playable down to under 92.5 rushing and receiving yards.

While Mixon has evolved into one of the few bell-cow running backs in the NFL, I’m still backing the under on his combined line. Let’s break it down by each component.

Inefficient on the ground

Before the AFC Championship game, Mixon had been held to less than 65 yards rushing and 4.0 yards per carry in each game since Week 12. And even in that game against the Chiefs, he was only able to clear both benchmarks by virtue of overtime. It’s possible that his career-high workload has taken a toll.

Plus, the Rams possess arguably the best run defense that the Bengals have faced this season. Ranking towards the top in almost every run defense metric, including 5th in Football Outsiders’ DVOA metric, the Rams have held their postseason opponents to 3.2 yards per carry. Los Angeles possesses a significant advantage in the trenches and should dominate the matchup against the Bengals subpar offensive line.

While Mixon’s receiving output does have a high ceiling, it also comes with a low floor. The Oklahoma product has cleared 40 receiving yards 6 times, but also has been held under 5 yards in 9 games.

The kicker here is the use of backup running back Samaje Perine in the passing game. Perine’s route share has increased with each game this postseason, and he showed what he’s capable of with a 41-yard touchdown catch against Kansas City. I see Perine having a specific role come Sunday, which could include work in the two-minute drill and third downs.

Mixon will get his touches, but it’s hard to see a path to enough efficiency to eclipse this line. I have the Bengals back’s combined yards projected in the low 80s.