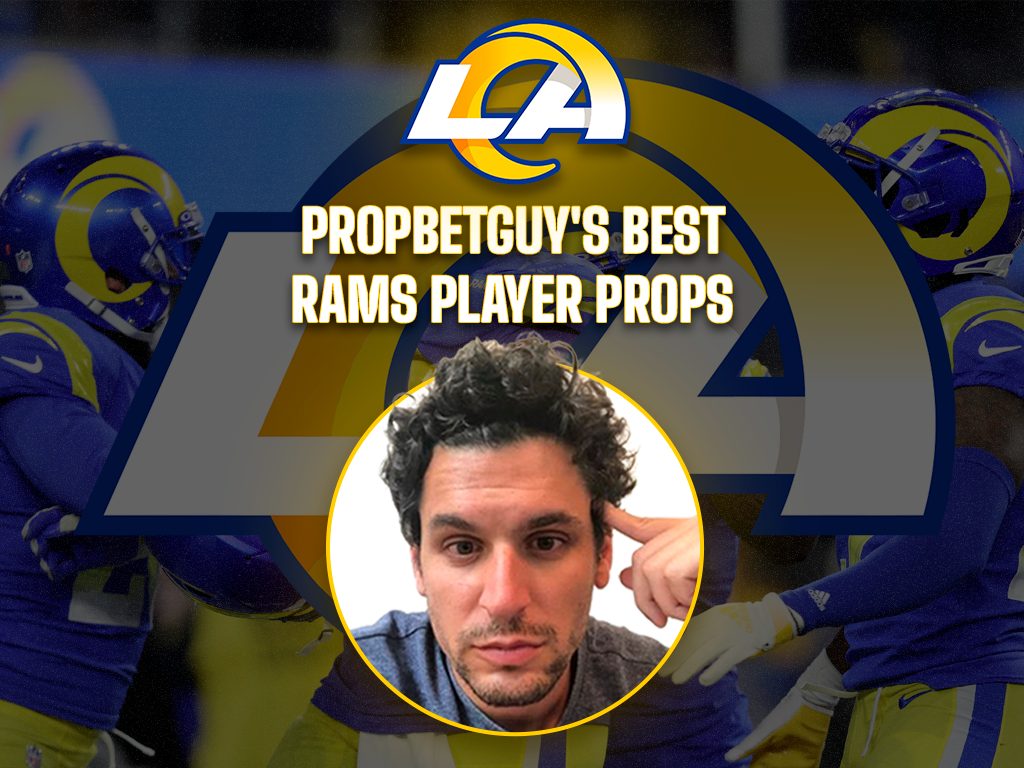 After a wildly unpredictable NFL playoffs, we have finally made it to Super Bowl LVI. The Rams and Bengals will square off in SoFi Stadium for the ultimate prize. While not many people had these teams pegged for the big game, it’s evident that both are playing their best football at the right time.

Following a slew of offseason and mid-season transactions, Los Angeles beefed up its roster with a considerable amount of talent. With future draft picks sent out the door, the Rams have fully embodied a win-now philosophy — and they are one win away from doing just that.

With that, below is where I’ll list all Rams-related props I’ll be taking for the game. Be sure to check back here leading up to kickoff, as the books will continue to roll out the props as the week pushes forward.

Check out our Super Bowl Hub for extensive analysis, picks, props and parlays

I’ll take the bait on the backup tight-end. With the absence of Tyler Higbee, Blanton is expected to run close to 100% of the tight-end routes on Sunday. In limited playing time this season, Stafford has shown his trust in the first-year player, culminating in 57 yards on 5 catches (5 targets) in the NFC Championship game.

The Bengals defense has been succeptible to tight-ends all season, allowing the 5th most yards per game to the position. Blanton is not Tyler Higbee, but he’ll be given plenty of opportunity. With the Bengals focused on containing Cooper Kupp and Odell Beckham Jr., I have Blanton projected at 35 yards.

There are plenty of contributing factors to take the under on Akers’ attempts. Firstly, as I highlighted in the conference championship Akers has yet to recapture the form he hit late in his rookie season.

Secondly, both Sony Michel and Darrell Henderson (who is trending toward suiting up) are both waiting in the wings. Each back has shown an ability lead the Rams’ ground game over the course of the season. With Akers nursing a shoulder injury, it likely won’t take much for the Rams to chew off some of his workload — especially during the biggest game of the season.

And lastly, the Bengals are one of the slower-paced teams in the NFL. They tend to milk the clock, which is most likely what they will try to do to keep the ball away from the vaunted Rams offense. A residual effect of this slowness is the Bengals allowing the 6th-fewest running back rush attempts per game this season.

I have Akers pegged for 14 carries on Sunday.

Line available at time of Super Bowl Prop Show. Playable up to -145.

One of the Rams’ offseason acquisitions was Stafford, the longtime Detroit Lions quarterback. While the 13-year veteran acquitted himself well in his first year at the helm for the Rams, he did lead the NFL in one ominous stat: interceptions.

Stafford threw 17 picks over the course of the regular season and one in the NFC Championship game against the 49ers (many would argue that it should have been 2). He had the 3rd-highest rate in Pro Football Focus’ turnover worthy play metric, as well as the 5th-highest bad throw percentage. With the high-volume passing attack of the Rams, Stafford finished the regular season with 13 interceptions in the last 9 games.

The Bengals have shown their ball-hawking ability in the playoffs, picking off 6 passes in 3 games thus far. It’s also noteworthy that the Bengals blitz at the 7th-lowest rate in the NFL. While this might not seem conducive to this prop, Stafford actually excelled against the blitz this season. He was the NFL’s highest-rated passer in such situations, only throwing 1 of his 18 total picks against blitzes. With the Bengals more prone to dropping into coverage, I like their chances to generate a turnover through the air.

The Rams’ run game has struggled and I fully expect Sean McVay to base his gameplan on the aerial attack. Stafford will be aggressive as ever, and that should result in at least one pass to land in the hands of a Cincinnati defender.