HomeAnalysisNFL AnalysisThe road to the Super Bowl: Cardinals’ odds rise, Browns on the way down

The road to the Super Bowl: Cardinals’ odds rise, Browns on the way down 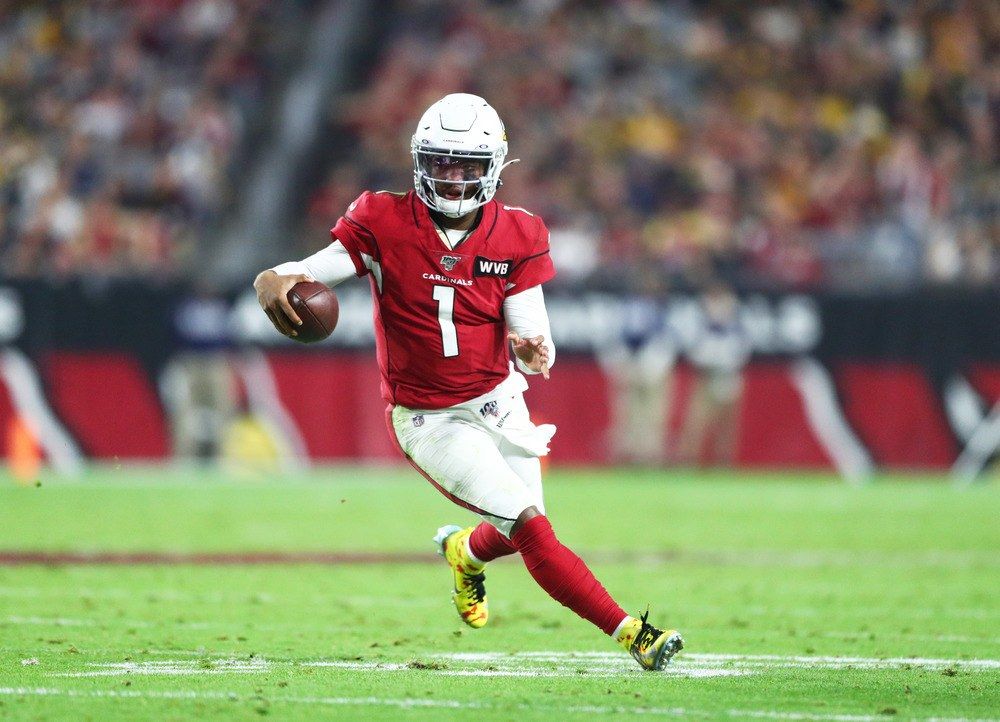 Since graduating from Davidson (The College That Stephen Curry Built), I have been writing about sports--just about any and all you can think of!--and coaching tennis in Atlanta, Ga. Beyond the four major sports, I am an avid tennis fan and cover the ATP Tour on a daily basis. If I'm not busy writing, you can generally find me on a tennis court or traveling the world wherever a sporting event takes me.
@Dimonator133
Updated: 2:55 AM ET September 22, 2020

Things will be especially fluid in the early stages of the season, as you really don’t know exactly what you are going to get from any team until you see its finished product on the field at least once or twice. Depending on teams’ first couple of results, pendulums can swing wildly one way or the other in terms of their long-term outlook.

Let’s take a look at what has happened following Thursday and Sunday action in Week 1.

Kansas City Chiefs (+550) – The Chiefs opened as +550 favorites along with the Baltimore Ravens and that is where they remain following this past Thursday’s 2020 season kickoff victory over the Houston Texans. In a rematch of last year’s wild divisional-round showdown—also dominated by the Chiefs—they took care of business 34-20. As expected, the offense looks flat out dangerous.

Baltimore Ravens (+550) – Baltimore was perhaps even more impressive on Sunday. It rolled past the visiting Cleveland Browns 38-6 as Lamar Jackson racked up 275 yards and three touchdowns on 20-for-25 passing. Jackson also led his team in rushing with 45 yards. It looks like another MVP Award could be in the cards for the former Heisman Trophy winner.

New England Patriots (+2000) – The Cam Newton era in New England got off to a winning start and the Patriots’ Super Bowl-winning odds improved from +2200 to +2000. Okay, Newton did not exactly set the world on fire—but New England’s defense was dominant throughout a 21-11 win.

Los Angeles Rams (+2800) – We weren’t sleeping on the Rams heading into the season and nobody should be sleeping on them now. Their odds have dipped from +3300 to +2800 following a 20-17 upset of the Dallas Cowboys on Sunday Night Football. Defensive tackle Aaron Donald is a baaaaad man, folks.

Arizona Cardinals (+3000) – No team’s odds improved more than those of the Cardinals (originally +4000). And why not? They kicked off their 2020 campaign by going on the road and stunning the defending NFC champion San Francisco 49ers 24-20. Kyler Murray threw for 230 yards, added 91 more on the ground, and accounted for two touchdowns. The NFC West sure is going to be fun this year.

Dallas Cowboys (+2000) – Whereas the Rams moved up, the Cowboys moved down. Whereas Dallas opened at +1300 to win it all, you can now get this team at +2000. Head coach Mike McCarthy’s team wasn’t particularly awful on Sunday night, but it didn’t look great in any facet of the game. Last I checked, you have to be great in almost every area to win a Super Bowl.

Indianapolis Colts (+3000) – Say what you will about every other team that lost this week, but it does not get any worse than losing to the Jacksonville Jaguars. That is exactly what Indianapolis did to begin the Philip Rivers era (27-20). Once +2600, the Colts are now +3000…and probably increasing.

Cleveland Browns (+5000) – No team’s odds were hurt more than those of the Browns. Contrary to what their original +3700 number suggested, they are quite clearly the same old Browns.