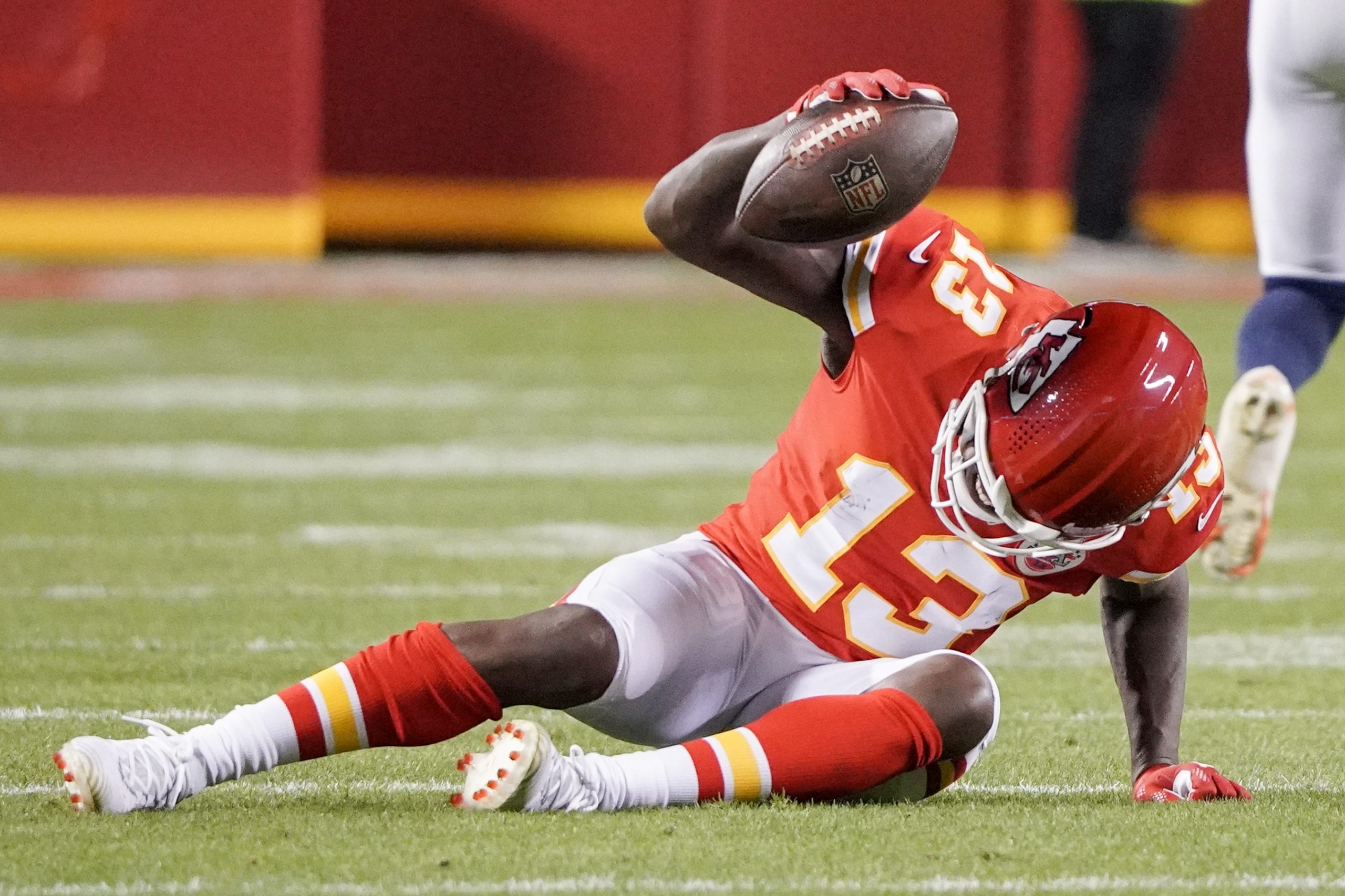 Week 12 sure was a doozy. It seems like every week this season has been a rollercoaster. The nightcap of the day’s slate wasn’t the most thrilling game, but Sunday Night Football still taught us a lot. The Kansas City Chiefs emerged with a 22-9 victory over the Denver Broncos, solidifying their grip on the AFC West.

But despite the comfortable victory, I still have major questions about this Chiefs team. Let’s digest everything we just saw together:

Most importantly, the under cashed with ease. That means I hit the three-star best bet I wrote up on the under (Pickswise experts went a perfect 3-0 with our NFL Week 13 best bets). It also means that I hit the Week 13 mega parlay at +1255 odds, two weeks after hitting it in Week 11 at 18/1. In short, it was a good Sunday for Pickswise Nation.

As for what we saw during the game, I wasn’t too impressed with the Chiefs despite their win. The offense once again looked out of sync for much of the night, and it simply isn’t the juggernaut that many were expecting coming into the year. Patrick Mahomes missed some easy throws yet again, and Kansas City had just 267 yards of total offense.

Sunday Night Football marked the fifth time in six games that the Chiefs have failed to top 22 points. Imagine telling that to someone before the season. It would’ve been unthinkable. The bright side for Kansas City is that their defense continues to trend upward.

They’ve now allowed 17 points or fewer in five straight games, which isn’t something anybody saw coming after they looked like a complete sieve on defense through the first couple months. But the offense is running out of excuses, and even coming out of their bye week they couldn’t recapture any of their signature explosiveness.

Five straight wins looks great, but I would still be very concerned if I were a Chiefs fan. All that being said, the defense’s improvement appears to be legit. And Mahomes still has plenty of time to snap out of his funk before the playoffs start…

Stick a fork in the Broncos

Stick a fork in the Broncos. Not just in their 2021 season, but likely in the Vic Fangio era. This no-show in a primetime nationally televised game may prove to be the final nail in Fangio’s coffin. The Broncos already came back from the dead once this season with a mini resurgence, but I just don’t see it happening again.

The offense’s ceiling is simply too low with Teddy Bridgewater under center. Not that it’d be much better with Drew Lock. Denver needs to start fresh at the position this offseason, and this ugly loss to the Chiefs was an unsubtle reminder of that. Bridgewater doesn’t challenge defenses vertically, and he doesn’t even protect the ball at times which is supposed to be what he does well.

The Broncos have a solid young core on defense. First-round rookie cornerback Patrick Surtain looks like a potential star in the making. They’ve also got a lot of young talent at the skill positions. But it looks like that core will be for a new coach to build upon. A prime bounce-back spot against the Lions awaits, but it’s clear they’re not going to challenge the Chiefs or any real contender as currently constructed.