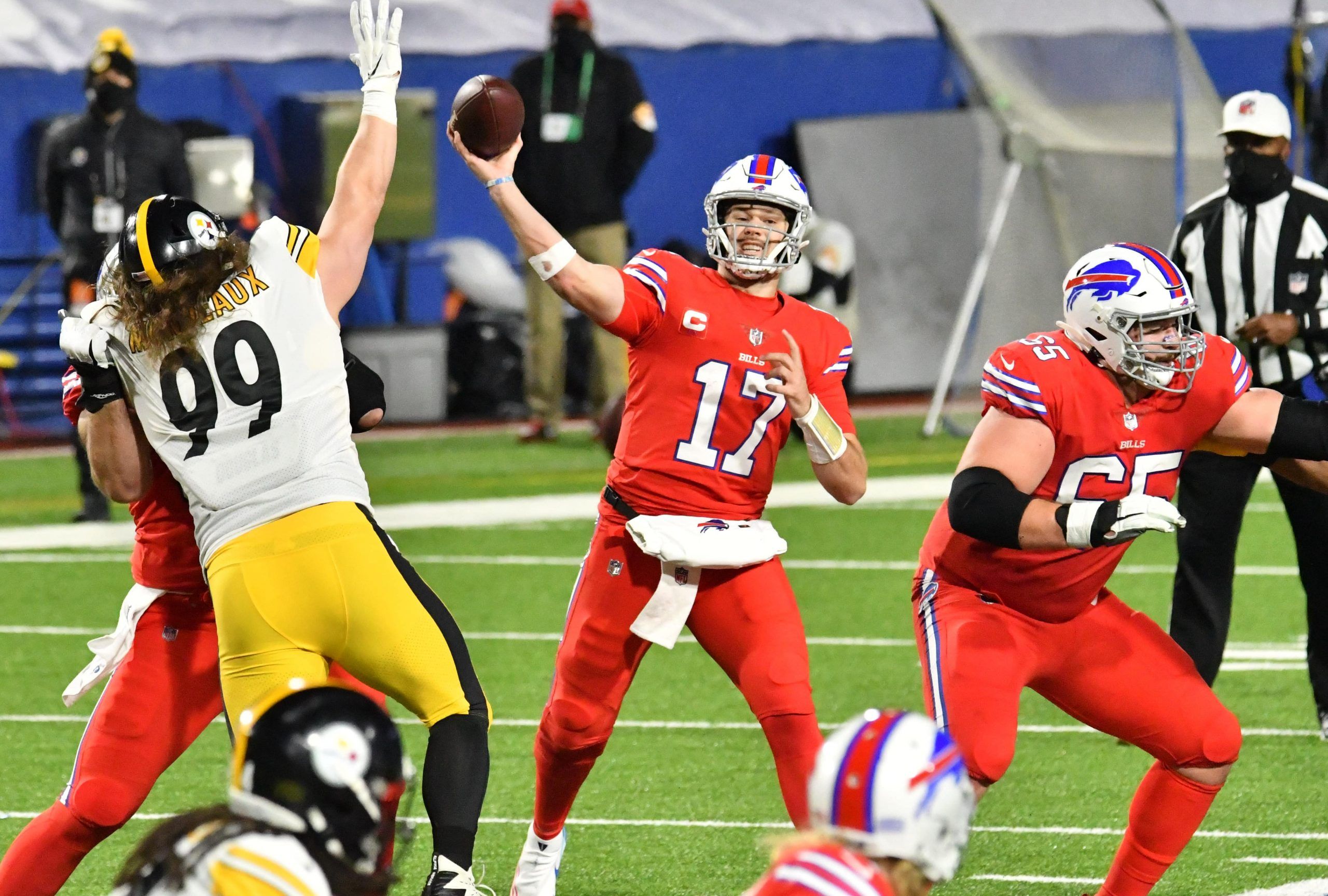 The Steelers had a legitimate excuse when they lost to the Football Team in Week 13: their schedule was totally out of whack, playing on a Monday after taking the field on Wednesday of the previous week. That’s not to say that blowing a 14-0 lead at home to an opponent that was 4-7 at the time is acceptable; it just partly explained what happened.

This time, though, there can be no excuses. Sure, losing on the road to a Buffalo team that is now 10-3 isn’t as bad as losing at home to TWFT; but Pittsburgh’s 26-15 setback against the Bills on Sunday Night Football was even more alarming. For one, a second consecutive loss is always more concerning because it proves that the first one was no fluke. Secondly, this one came against a conference rival that the Steelers very well could see again in the playoffs. And this one was convincing, too. The Bills scored 23 unanswered points from late in the second quarter through the third quarter to take complete control following a brief 7-0 deficit. They outgained Pittsburgh 334 yards to 224 yards, dominated the time of possession 35:15 to 24:45 while running 71 plays to the Steelers’ 55, and went 7-for-14 on third down while limiting the opposition to a 1-for-10 effort in that department.

Just like in the NFC, the top seed in the AFC changed hands—at least temporarily on Sunday. Pittsburgh had been tied with Kansas City at 11-1 heading into Sunday and held the conference-record tiebreaker, giving head coach Mike Tomlin’s team the inside track on the No. 1 seed and a first-round bye in the playoffs. Now those distinctions belong to the Chiefs, who improved to 12-1 by beating Miami 33-27 as the Steelers fell to 11-2.

Kansas City has one potential loss left on its schedule, next week against New Orleans. However, Pittsburgh has both Indianapolis and Cleveland still to play. It once looked like the Steelers could go undefeated for an entire season; now it’s hard to see them going through a three-game stretch without another loss. In other words, you can just about hand the AFC’s No. 1 seed to the Chiefs. And although there is a lot of regular-season football still left to be played, it would not be surprising to see a Buffalo-Pittsburgh rematch in the divisional round for the right to visit K.C. in the conference title game.

We know this much: if the Steelers want to get revenge in a possible rematch with Josh Allen and company, they have to get a lot better.

Are the Bills the second-best team in the AFC?

The Bills, after all, look like the real deal. They have the AFC East all but locked up at 10-3 (second-place Miami is 8-5) and could officially clinch it as soon as this coming week. But head coach Sean McDermott’s squad may have even grander designs in his head now that Buffalo is riding a three-game winning streak and boasts a 6-1 record in its last seven games. Allen is playing like an elite QB, Stefon Diggs (10 catches, 130 yards, one TD on Sunday night) is one of the best receivers in football, and the defense is giving up fewer than 19 points per game over the past three outings. Speaking of that improving defensive unit, Taron Johnson returned an interception 51 yards for a touchdown on Sunday night to completely shift the momentum just prior to halftime.

It has become clear that the Buffalo Bills were simply circling the wagons when they lost three times in the span of six weeks during October and November. Now they are ready to fight.