HomeAnalysisNFL AnalysisSunday Night Football reaction: The NFC East should be banned from primetime

Sunday Night Football reaction: The NFC East should be banned from primetime 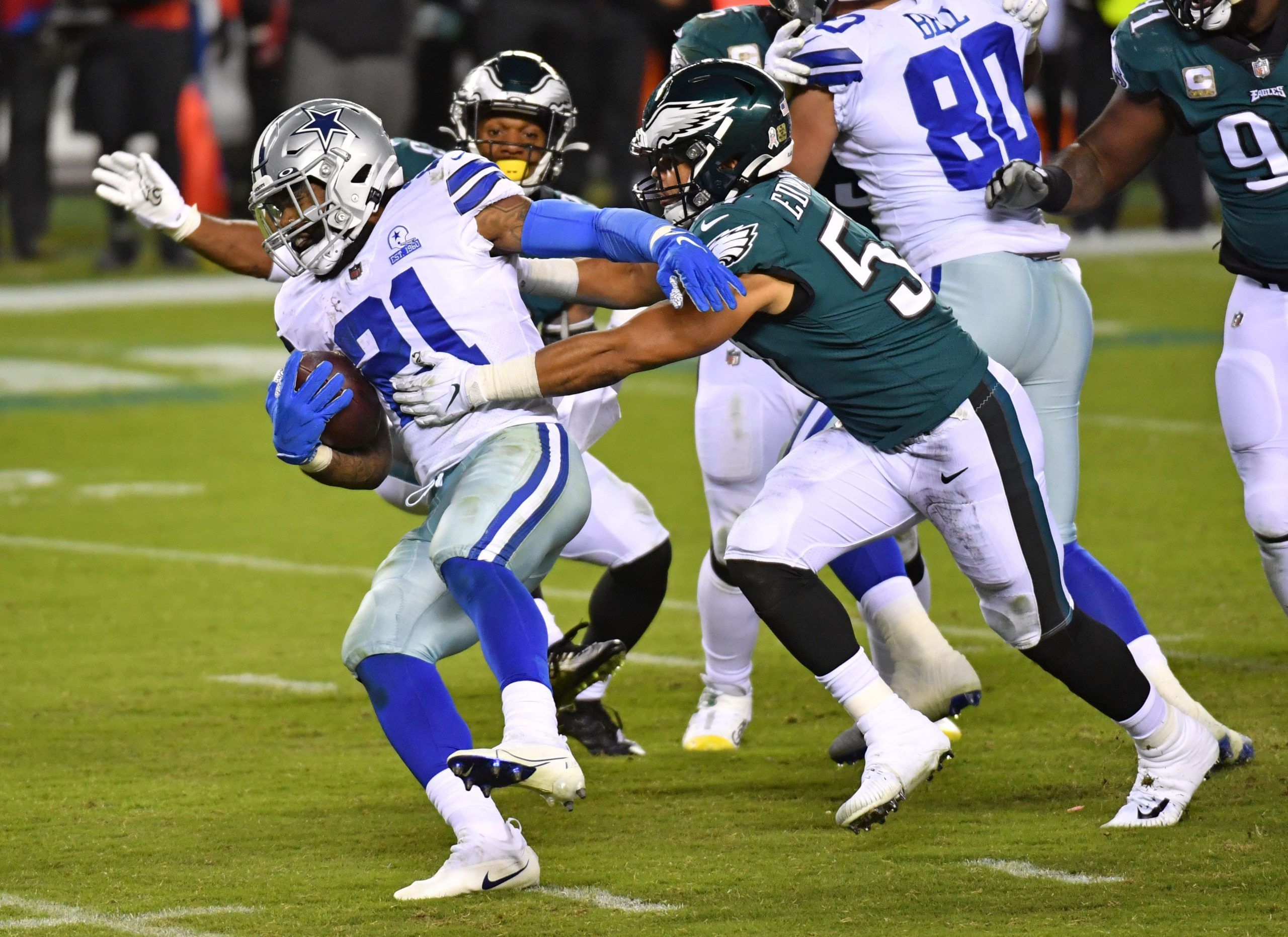 Since graduating from Davidson (The College That Stephen Curry Built), I have been writing about sports--just about any and all you can think of!--and coaching tennis in Atlanta, Ga. Beyond the four major sports, I am an avid tennis fan and cover the ATP Tour on a daily basis. If I'm not busy writing, you can generally find me on a tennis court or traveling the world wherever a sporting event takes me.
@Dimonator133
Updated: 4:19 AM ET November 02, 2020

All of those games should be flexed out of those time slots immediately (except for Giants-Buccaneers, of course, since there is time left to rid ourselves of that game). They won’t be; but they should.

Philly the lesser of two evils on Sunday night

Eagles-Cowboys should have gotten the flex treatment, as well. We could have been watching either Steelers-Ravens, 49ers-Seahawks, or Saints-Bears in primetime. Instead, we watched what amounted to be a contest to see which offense—that of Philadelphia or Dallas—could be less inept than the other.

There was never any real doubt that the Cowboys would self-destruct to an even greater extent. Down to their third quarterback with Dak Prescott out for the year and Andy Dalton in the concussion protocol, the visitors started Ben DiNucci for this one. DiNucci was a seventh-round draft pick this spring… and he played like it. In fact, he probably played more like an undrafted free agent. The former James Madison signal-caller completed only 21 of 40 passes for 180 yards while holding on to the ball so long that he got sacked four times for 48 yards even though Philadelphia rarely blitzed. Dallas managed only three field goals during its 23-9 loss.

The Eagles weren’t good; they were simply better than Dallas. Carson Wentz threw for only 123 yards and was picked off twice to go along with his two scoring strikes. He also lost two fumbles. That’s right; Philly turned the ball over four times and still won the game easily.

Carson Wentz turned the ball over four times, but the Eagles still came away with the win over the Cowboys. 👀 😳 pic.twitter.com/EAqt0LAnrY

Are the Eagles on their way to the division title?

The Eagles were already banged up on offense and on Sunday night their defense was depleted by the departures of cornerback Darius Slay (ankle) and tackle Malik Jackson (quadriceps). Philly is still under .500 at 3-4-1 and it has not defeated anyone with a winning record, but that 3-4-1 record is still good enough to lead the division–and with room to spare. The Eagles’ previous outing was a 22-21 victory over the Giants in yet another NFC East primetime matchup that produced an even worse football game than what we saw here.

Like I said, this division is getting old in a hurry. That one of these teams—probably Philadelphia—is going to host a playoff game is a crime against humanity.

Fortunately, that playoff game will feature only one bad team instead of two like this Philly-Dallas game… a game that shall not be spoken of again.