HomeAnalysisNFL AnalysisThe Burning Question: Is it time to hop on the Cardinals' Super Bowl bandwagon?

The Burning Question: Is it time to hop on the Cardinals' Super Bowl bandwagon? 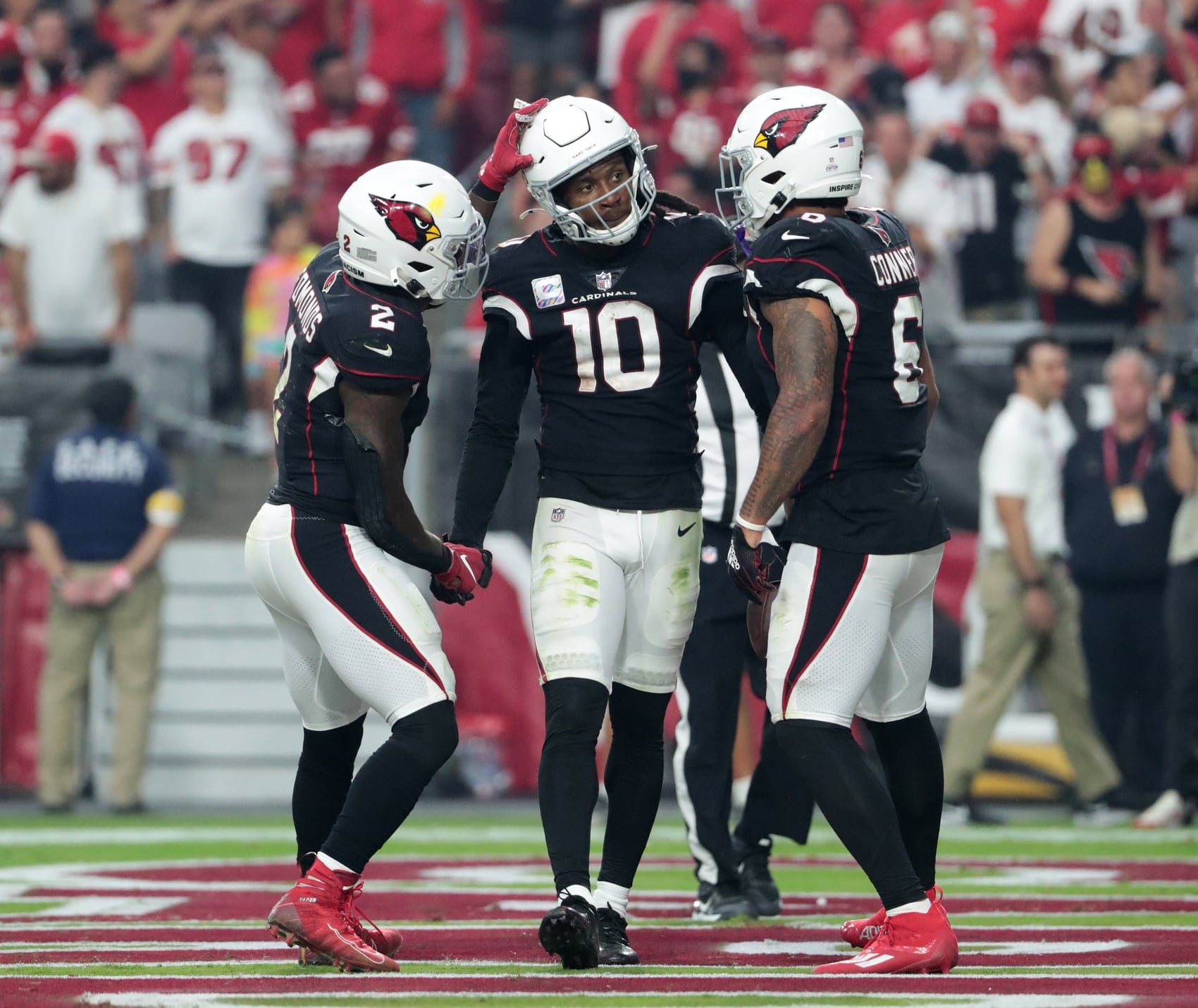 The Arizona Cardinals remained the only unbeaten team in the NFL this week after they annihilated the Cleveland Browns 37-14 on the road. The Cardinals are now 6-0 and really starting to pick up steam as we head towards the halfway point in the NFL season. Despite that, they are still the sixth favorites to win the Super Bowl at +1000 with FanDuel Sportsbook. So, is now the time to get on the Cardinals Super Bowl bandwagon (if you’re not already on it)? Is there still value in betting on Arizona, or is now the time to start fading them? Can they continue their unbeaten streak, or is some regression coming? Our NFL experts — Jared Smith, Andrew Ortenberg, and Ricky Dimon — give their thoughts on whether the Cardinals can go all the way.

You won’t find a bigger supporter of this Cardinals team than me. I bet them at +4400 to win the Super Bowl and +700 to win the NFC West back in March and they were the first team I invested my money with this season. However, it’s foolish to think they won’t experience some type of regression considering they were only booked to win 8 games this season. They should cruise past Houston this week, setting up a massive showdown on Thursday night next week at home against the Packers. If they make it past that game with their unbeaten record intact, I would not be surprised if oddsmakers elevated them to the top of the board alongside the Bucs and Chiefs. From there, the only way to go is down.

Andrew Ortenberg: I’m not fading, but I’m not buying either

I’m not gonna sit here and say the Cardinals are terribly overrated, or that we should be looking to fade them at every turn. But I’m not exactly buying the hype either. To put it bluntly, they’ve caught some breaks. They should’ve lost to Minnesota at home, had the Vikings not missed a 37-yard field goal as time expired. Against the lowly Jags they didn’t look too impressive, and trailed for much of the game.

They had the luxury of facing the 49ers in Trey Lance’s first career start. Arizona didn’t play well at all in that game, they got out-gained by San Francisco, and only won that one because of some rookie mistakes from Lance. Easily the most impressive victory the Cardinals have had was the one over the Rams.

But even that was a bad spot for Los Angeles, as the Rams were coming off their big win over the Buccaneers in a game they’d had circled for a while. Just this past week the final score looks like they bludgeoned the Browns, but once again that’s misleading. They should never have scored 37 points with only 352 yards of total offense.

Fortunately for the Cardinals, the schedule is pretty soft the rest of the way. But once they hit the postseason, I think things may start to crumble…

At 6-0, the Cardinals are obviously very good — which is nothing we didn’t already suspect before the season began. Shellackings of Tennessee (38-13) and Cleveland (37-14) plus a road win over the Rams are especially impressive.

That being said, I’m not going to bite on the Cardinals’ Super Bowl odds when they are up to +1000. Three of their next five games prior to the bye week come vs the Packers, at the 49ers, and at the Seahawks. Yes, Arizona is better than San Francisco and Seattle; however, (contrary to what the result against the Rams suggests) division games usually aren’t easy. I wouldn’t be surprised to see a pair of losses in the upcoming stretch, which would inflate the Cardinals’ odds and give them better value.

When it comes to the playoffs, I also don’t trust a team that struggles to stop the run and doesn’t have a reliable running game. The Cards are 24th in the NFL in rushing defense and second-to-last at 5.2 yards allowed per attempt. They have rushed for 784 yards, but Murray has accounted for 116 of those and their average yards per carry is just 4.2. I’m higher on Tampa Bay in the NFC and multiple teams in the AFC (Baltimore and Buffalo, to name a couple).