The Burning Question: Which teams will reach the NFL playoffs? 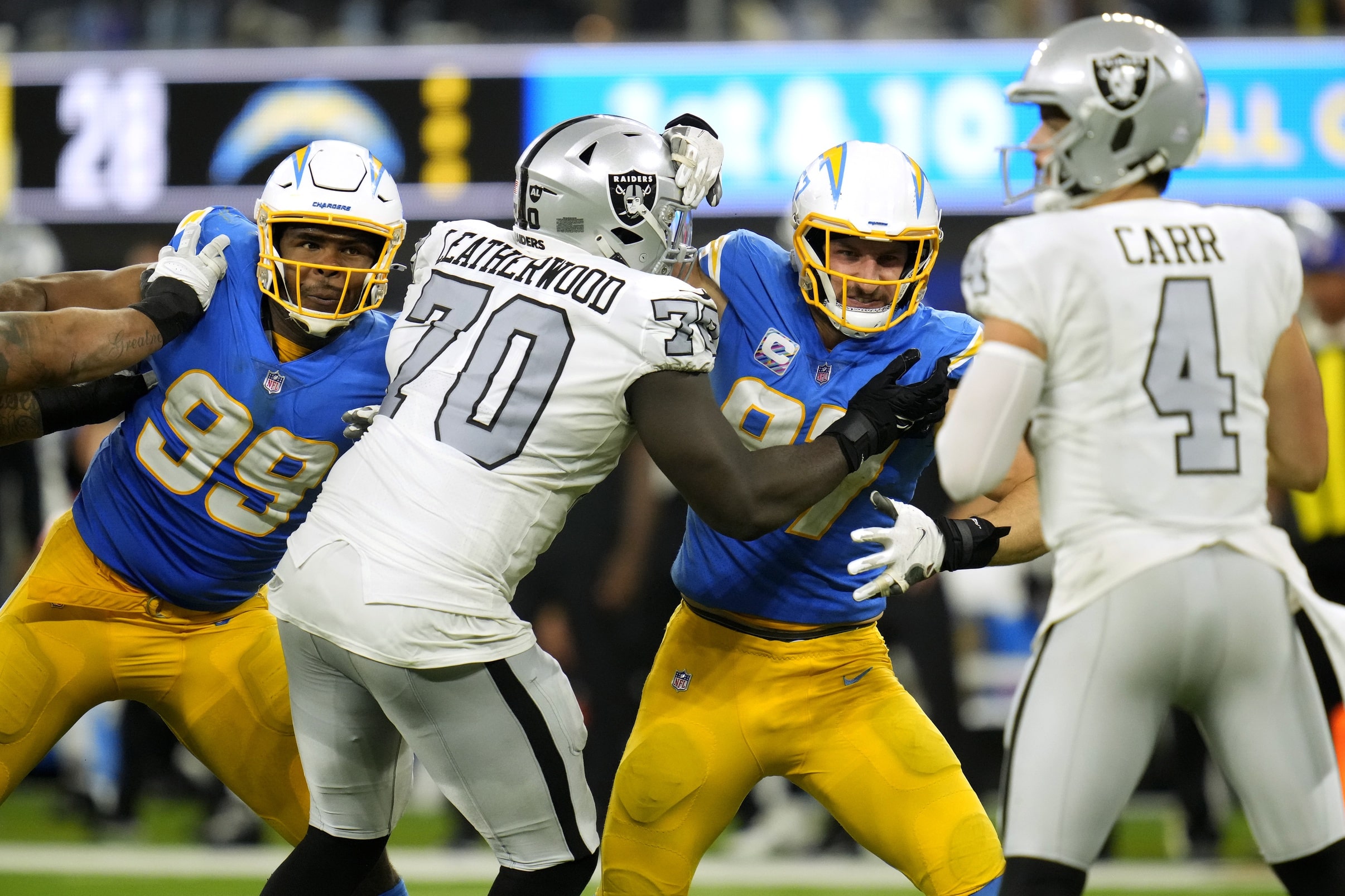 We’re now into the final week of the NFL regular season, and what a few months it has been. We have seen incredible wins in the final second, outrageous drama both on and off the field, and a number of major upsets right across the league. Now it’s time to start looking ahead to the NFL playoffs, and the question to answer now is who is going to be in there. As things stand, the Titans, Chiefs, Bengals, Bills and Patriots are all in from the AFC. Over in the NFC, the Packers, Rams, Buccaneers, Cowboys, Cardinals and Eagles have all secured their spots.

That means that there are 2 places up for grabs still in the AFC, and just 1 in the NFC. There are a lot of factors to consider in these Week 18 matchups, and it’s time for our NFL experts — Jared Smith, Andrew Wilsher, and Ricky Dimon — to give their thoughts on which teams will reach the postseason.

I’ve become enamored with this Las Vegas team over the last few weeks. They Raiders have won 3 straight games to get themselves back into postseason consideration, and face a win-and-in scenario Sunday night at home against the Chargers. So what’s the reason for the Raiders’ resurgence? Well, they got back to their roots with running the football. Josh Jacobs is averaging almost 20 carries per game during this win streak, and now gets to face a Chargers defense that has been susceptible to the run this season. Derek Carr has also been playing better than expected since Week 9, which is when Henry Ruggs was dismissed from the team.

On the other side, Justin Herbert has been spectacular for the Chargers this season, but the Vegas defense has been stingy of late, especially against the run. The Chargers won the first matchup between these teams 28-14 all the way back in Week 4, but it was the running game that was the difference then, with Austin Ekeler churning out 117 yards and the Chargers averaging 4.9 yards per carry. I don’t see Los Angeles having the same success on the ground this time around, and the return of Darren Waller from the Covid list is the final push that will put the Raiders back in the postseason for the first time since 2016.

Andrew Wilsher: Saints have a prayer

I’m going to start off by looking at the AFC. Right now we have 5 teams still mathematically in contention for 2 spots, with the Colts and Chargers currently in the wild-card position. The Colts are facing the Jaguars, so unless some sort of disaster happens we’ll be seeing Jonathan Taylor in the playoffs next week. That effectively makes the battle for the final spot a straight shootout between the Chargers and Raiders. I think Vegas has done incredibly well to stay in the hunt all season despite its constant off-the-field issues, but sadly this will be one step too many. I was really impressed with the Chargers last week, and believe they will come up with the win to take the No. 7 seed.

Over in the NFC, it’s either the 49ers or the Saints. If the Niners win, they’re in; but if they lose and the Saints win, San Fran is out. The latter is what I’m predicting to happen — the 49ers face a tough game on the road against a Rams team looking to secure top spot in the NFC East and build momentum ahead of next week. As for the Saints, they face the Falcons with Atlanta having nothing to play for and likely to struggle on offense. You can get +110 on the Saints to make the playoffs (or +110 on 49ers not to make it, which is the same bet), and I like those odds at plus money.

As mentioned above, it all comes down to the 49ers and Saints in the NFC. New Orleans needs a win and San Francisco loss to steal the final spot; any other scenario keeps the Niners in playoff position. I’m picking both teams to lose. With the Rams playing for the NFC West title, they will obviously be going all out and should take care of the 49ers. But I think the Saints are going down in Atlanta. As a Falcons fan, I know a thing or two about winning meaningless games at the end of seasons and wasting draft-pick positioning. We do it every year. We aren’t a good football team, but neither is New Orleans. Aside from a fluky performance against the Bucs on Dec. 19, the Saints have been awful dating back to Week 9. And guess what started the slump? Yep; a Week 9 home loss to none other than the Falcons. Another H2H loss by New Orleans will allow San Francisco to get in through the back door.

That being said, there is no value on the Niners making the playoffs at -145. When they are +5 underdogs against the Rams and the Saints are -4.5 favorites over the Falcons, you can’t justify making a confident play on it.

There is much better value on the Chargers at -145. As Andrew mentioned, this is basically Chargers vs Raiders straight up for the last spot with the Colts sure to embarrass the Jags. Although the Bolts have laid some eggs at times this season, they are the far more talented team. Justin Herbert is a flat-out winner, and he won’t let his team lay another one with the playoffs on line. I think L.A. wins big to put Las Vegas out of its misery at the end of a tumultuous season in Sin City.