The Burning Question: Who wins the AFC West? 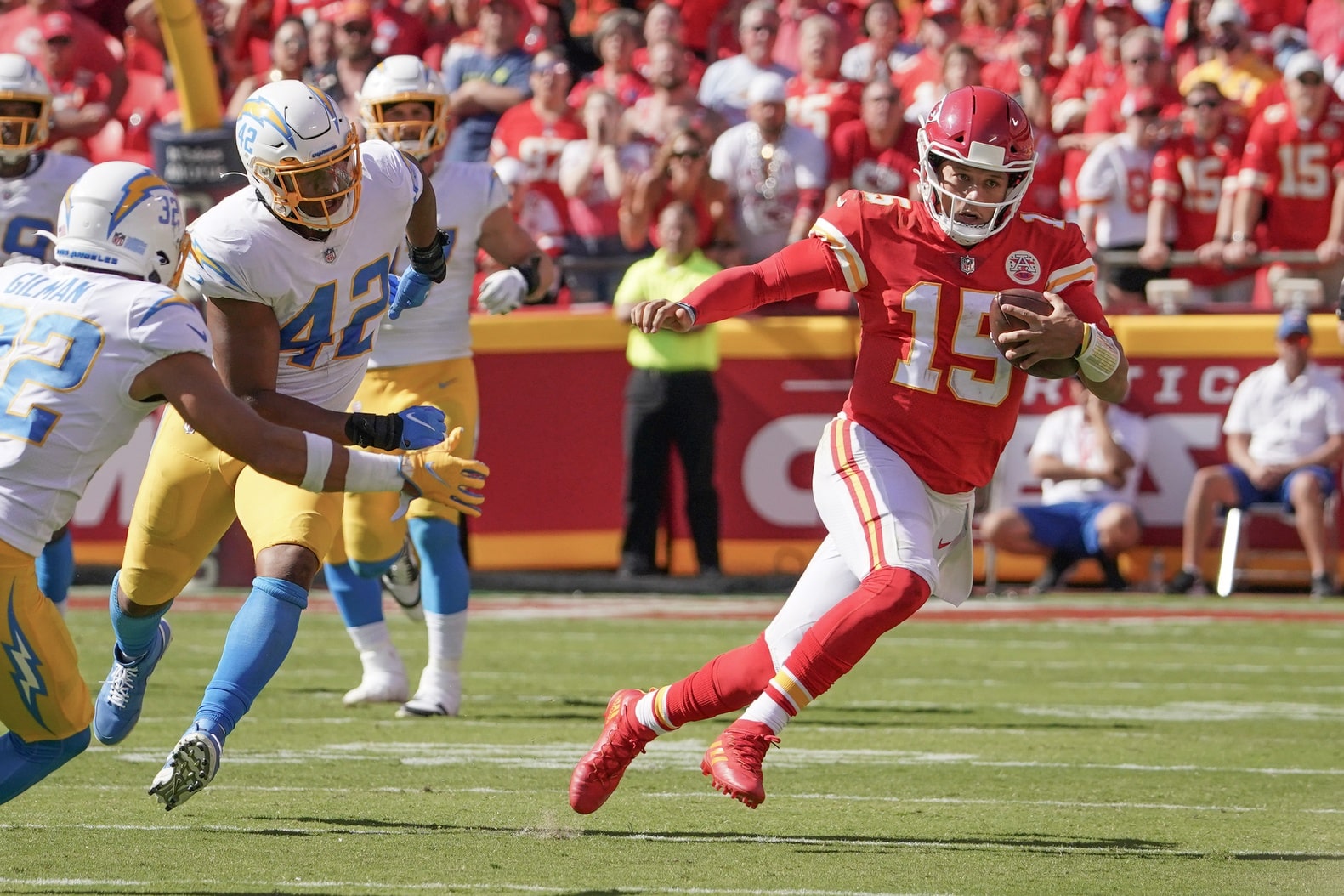 We’ve reached the midway point of the 2021 NFL season with Week 9 now officially wrapped up, and it’s time to really start turning our attention towards which teams are going to reach the playoffs and who is going to win their divisions. Without doubt, the closest division in terms of standings right now is the AFC West, with the Chargers, Raiders, Chiefs and Broncos each on 5 wins — although the latter two teams do have an extra loss.

The Chargers are now favorites to win the AFC West at +140 with FanDuel Sportsbook, with the Chiefs not far behind on +175. The Raiders are +450, while the Broncos remain the outsiders at +750 even after their stunning win over the Cowboys. Can Justin Herbert lead the Chargers to their first division title since 2009, or will Patrick Mahomes lead a Chiefs resurgence? Can the Raiders get back on track after all the off-the-field drama they’ve endured, or can the Broncos defy the odds?

Our NFL experts — Jared Smith, Andrew Ortenberg, and Ricky Dimon — give their thoughts on who they believe will win the AFC West.

Say what you want about Kansas City’s struggles this season, but halfway through the campaign they still find themselves right in the thick of the division race. They also control their own destiny down the stretch, starting with a huge game this Sunday night against the Raiders, one of the two teams in front of them in the standings. The Chiefs are road favorites in that matchup, and I expect them to win. After that, they face the Cowboys in Week 11, followed by a bye in Week 12. We all know about Andy Reid’s stellar record coming off the bye, so I expect KC to be rested and ready for a huge stretch in Weeks 13-15, all against divisional opponents. By the time we reach Christmas Day, I expect the narrative on Kansas City to be very different. While they might not win the division going away like they have in prior years, I’m confident we will see positive regression with the in the second half of the season, especially with the turnover margin.

Andrew Ortenberg: At this price, give me the Chiefs

I was bullish on this Chargers team coming into the year, but as a favorite I don’t want any part of them. Their defense has a ton of injuries, and even with Justin Herbert working miracles under center the offense hasn’t been very efficient thanks to bad early down play-calling. The Chiefs are a bit of a mess right now and Patrick Mahomes doesn’t look the same, but I have to take them by default. Quietly, Kansas City’s defense has actually been playing pretty well for weeks now. If they can just get back to being average or slightly below average on that side of the ball, they should win the division.

Mahomes will get things figured out sooner rather than later, and I don’t view the Raiders or Broncos as serious contenders. Las Vegas has been a nice story, but they’ve faced a really soft schedule that is about to toughen up considerably. The Broncos have far too many injuries to keep up, and even if they were healthy they’ll never have the upside to win the division with Teddy Bridgewater at quarterback.

I’m eliminating the Raiders because of their myriad off-the-field issues. It’s actually unbelievable that they are 5-3 considering everything they have been forced to deal with in 2021. But it’s not sustainable. I’m eliminating the Broncos because…well…they’re the Broncos. A win at Dallas is nice, but the Cowboys were the most overrated team in football going into that game. I realize that guys like Stephen A. Smith put the ‘Boys at the top of their power rankings simply because it would make the inevitable fall seem even worse, but they really were (and still are) overrated. That’s why you need not overreact to Denver’s Week 9 success.

It’s going to come down to the Chargers and the Chiefs. Los Angeles has a half-game lead at the moment (5-3 to 5-4) and has already defeated Kansas City on the road, giving head coach Brandon Staley’s squad a considerable leg up in the head-to-head race. The Bolts play five of their remaining nine games at home, including each of the next two (vs Minnesota and Pittsburgh). They should be 7-3 through 11 weeks, at which point they could be off to the races. Kansas City has Las Vegas and Dallas coming up next plus road dates with L.A. and Cincinnati later in the season.

Nine games is a large enough sample size to know that these Chiefs are not those of 2019 and 2020. The Chargers, on the other hand, are a team on the rise. I’m a huge Justin Herbert fan (who isn’t) and I love Staley’s aggressive coaching mindset. A changing of the guard is in store for the AFC West.