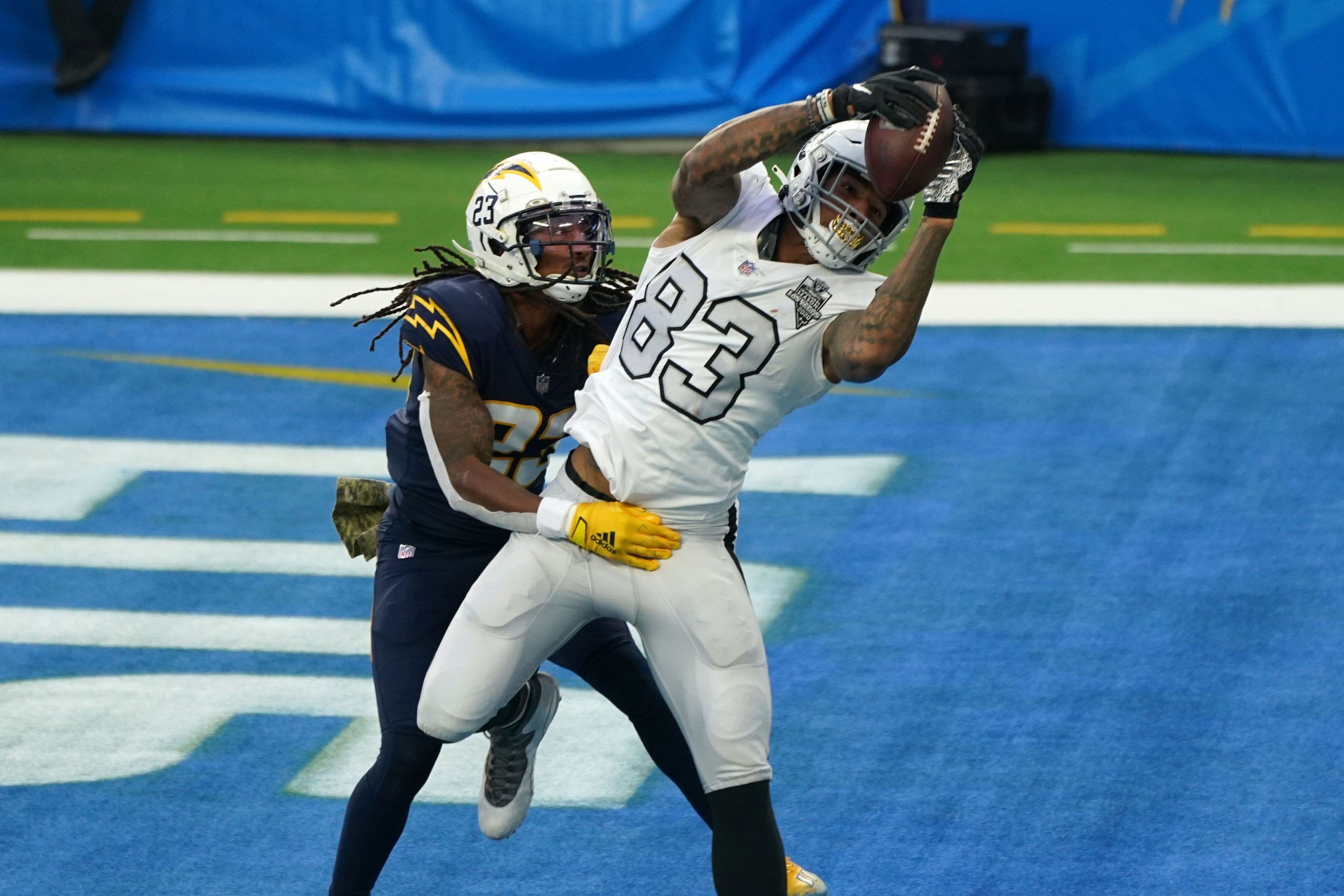 The first of two consecutive primetime games for the Las Vegas Raiders comes against the Los Angeles Chargers on Thursday Night Football in Week 15. Las Vegas will face Miami on a Saturday night during Week 16 action, and if they want to remain in playoff contention for that contest they will have to defeat the 4-9 Chargers. The 7-6 Raiders may need a big day from Derek Carr if they want to accomplish the feat. Carr, Austin Ekeler, and Darren Waller are among the guys you may want to have in either daily fantasy or in your fantasy football playoffs this week.

Let’s take a look at our six-man lineup for Thursday Night Football, and be sure to check out our full game preview prediction on the side and total.

Neither one of these defenses is good, especially not at the moment. Actually the only decent aspect of either unit is the Chargers’ ability to defend the pass. However, they are far from perfect in that department. Los Angeles has allowed the fifth-most passing touchdowns in the NFL, has picked off only nine passes, and doesn’t have much of a pass rush (23 sacks). Carr has throw multiple scoring strikes in nine of 13 outings this year and he has surpassed the 300-yard mark in two straight games.

Ekeler is listed as questionable with a quadriceps injury, but he is expected to play. If he does (and does so at 100 percent), he should be one of the best running backs in all of fantasy football this week. In his third game back from a hamstring injury last week, Ekeler rushed for 79 yards on 15 carries and caught all nine of his targets for 67 yards. Las Vegas’ defense is No. 25 in the league against the run and is third-to-last at 4.7 yards per rushing attempt allowed. 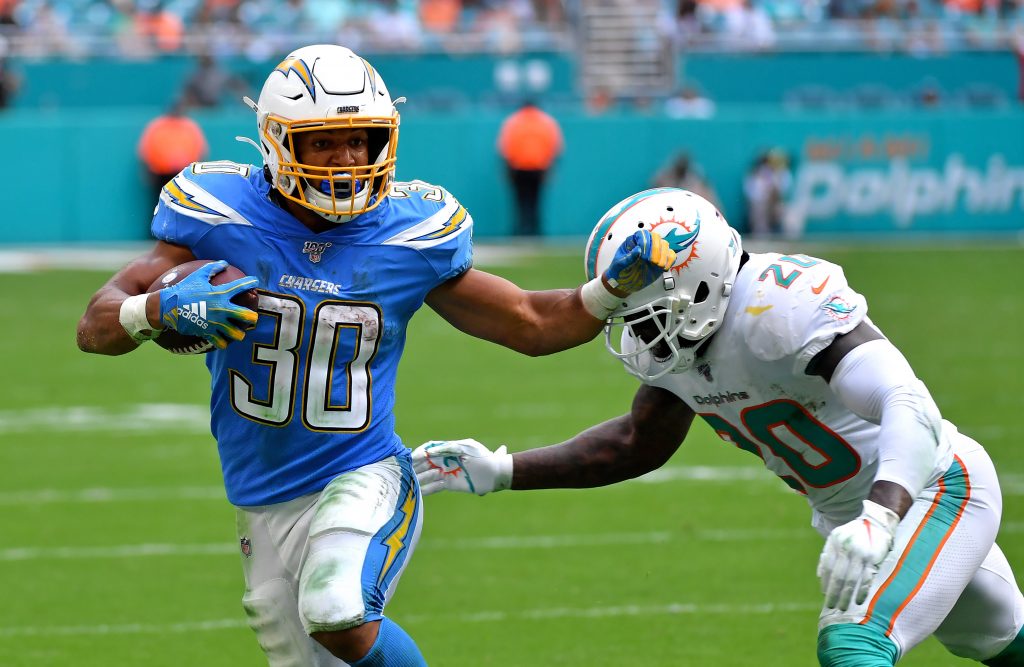 As mentioned above, L.A. can be vulnerable through the air—especially in the red zone. Waller may be the Raider who is most likely to capitalize. He has scored seven touchdowns this season, including a pair in Week 13 during a 200-yard performance against the Jets. The Georgia Tech product has 84 catches on 117 targets so far in 2020, with five games featuring double-digits in the targets department. There is no reason to think Los Angeles will be able to stop the Carr-Waller connection.

Agholor has emerged as one of Carr’s favorite weapons, right up there with Waller. Henry Ruggs III is out (on the Covid reserve list), so that should only increase Agholor’s involvement in the offense during Thursday night’s contest. The sixth-year receiver out of USC has 20 catches on 35 targets over the past four games, with two touchdowns during this stretch. He turned in a 100-yard performance against Indianapolis last weekend. All signs point to Agholor continuing his hot streak.

The Raiders are 25th in the NFL against the pass, mainly because they are pretty much incapable of getting to the quarterback. Their 15 sacks rank second-to-last in the NFL, better than only Tennessee. Herbert stands to capitalize, and in turn so does Henry. The fifth-year tight end out of Arkansas has been targeted at least seven times in eight games this season; he has made at least four receptions on 10 occasions. Henry has gone three games without a TD, but he had scored in each of the two weeks prior to this stretch and could be due to get back in the endzone.

There is not much money left over given the makeup of this roster, but Jackson is a decent option at a cheap price. Although he is no longer a focal point of the offense now that Ekeler is back, the former Northwestern Wildcat still gets some touches. He had three carries last week and even more impressively made three receptions. Jackson isn’t going to produce from start to finish on Thursday (unless Ekeler’s status changes), but he is capable of the occasional big play.