HomeAnalysisNFL AnalysisThursday Night Football reaction: A hill too steep to climb for Steelers

Thursday Night Football reaction: A hill too steep to climb for Steelers 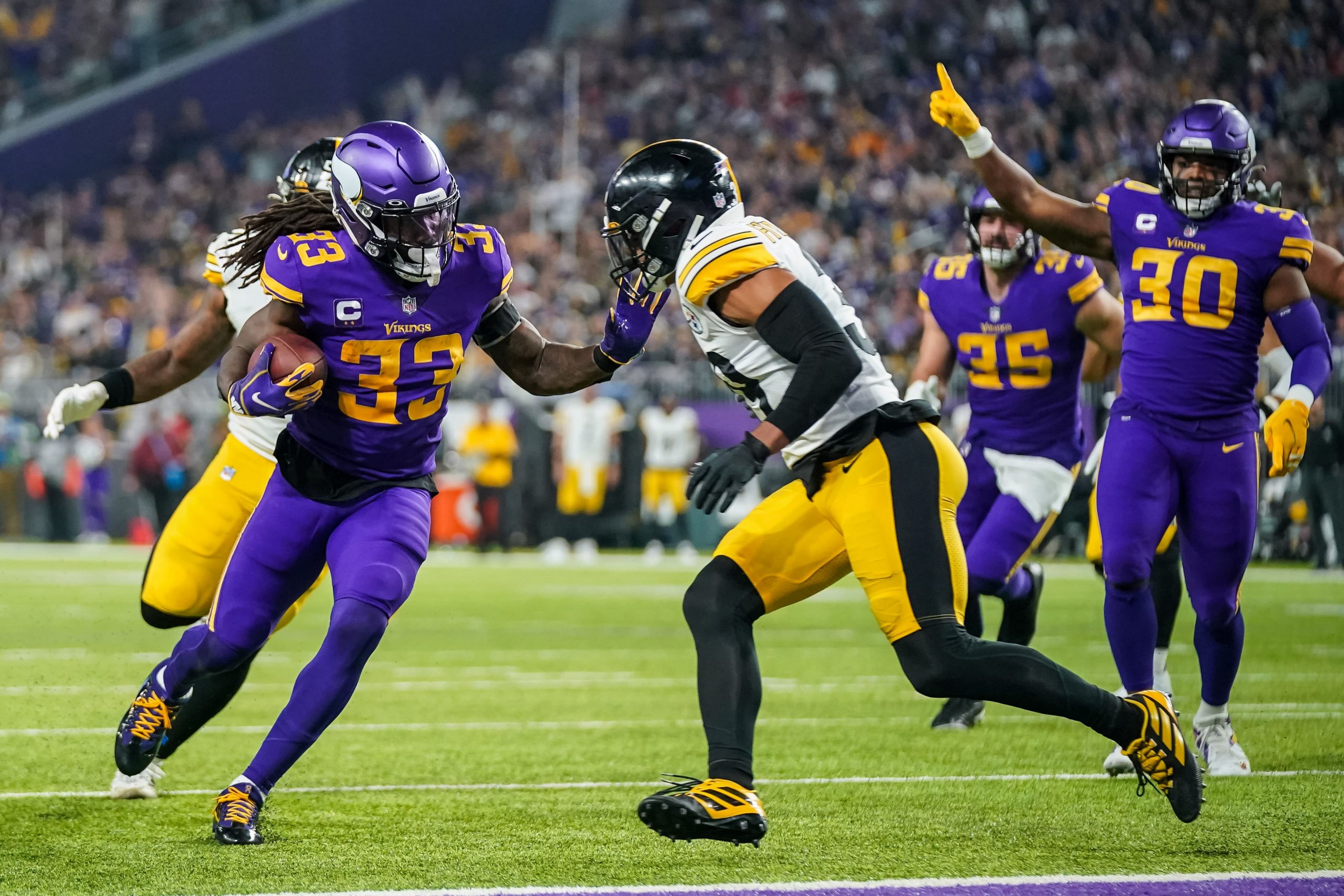 In a Couldn’t Beat the Detroit Lions Bowl, you would probably expect a bad game with bad football. Thursday Night Football between the Minnesota Vikings and Pittsburgh Steelers was exactly that much of the way.

The Vikings (who lost to the previously winless Lions last week) jumped out to a 29-0 lead over the Steelers (who tied the Lions last month). In typical Pittsburgh fashion, though, the visitors mounted a comeback. But this deficit proved to be too great, and Minnesota hung on for a 36-28 victory.

Let’s recap what happened in Minnesota on Thursday night and break down what it means.

Stick a fork in the Steelers

The Steelers fell to 6-6-1 following Thursday’s result. It’s a loss they probably can’t overcome – and that glaring 1 in the tie column is really something that could come back to bite them in the end. There are four other non-division leaders in the AFC that already have 7 wins (Buffalo, Indianapolis, Cincinnati, and the Chargers). Three of them could have 8 by the end of the week (the Colts are on a bye). With only four games remaining against Tennessee, Kansas City (on the road), Cleveland, and Baltimore (on the road), it’s hard to see Ben Roethlisberger making up enough ground on enough teams to steal a wild-card spot.

Their upcoming opponents are just too good to squander leads against them, and the Steelers clearly aren’t good enough to avoid early holes. Since tying Detroit in Week 10, they fell behind the Chargers 14-3 midway through the second quarter (ended up losing 41-37), trailed Cincinnati 31-3 at halftime (lost 41-10), and then scored only 3 points prior to the fourth quarter against Baltimore (came back to win 20-19). On Thursday, head coach Mike Tomlin’s crew trailed 23-0 at halftime and watched its opponent reel off the first 29 points of the contest.

Pittsburgh woke up when Minnesota took its foot off the gas pedal, but it was too little too late.

from being down 29-0 to being THIS close. what a damn game. 😬 pic.twitter.com/ghZml1Th8a

There’s still life in the Vikings

This was pretty much a must-win situation for both teams, as the Steelers came in at 6-5-1 and the Vikings 5-7 – only still alive because they are part of a top-heavy NFC that boasts little depth. A 5-8 record would have been the end, but 6-7 is very much in play.

Minnesota almost collapsed in Thursday in part because Kirk Cousins threw 2 interceptions, but he had previously been picked off only 3 times the entire season so there is evidence to suggest he can clean that up. Dalvin Cook returned earlier than anticipated from a shoulder injury and went crazy with 205 yards and 2 touchdowns. When healthy he is arguably the best running back in the league. The Vikes’ defense is also getting healthier and finished with 5 sacks and 7 quarterback hits. They completed dominated the line of scrimmage on both sides of the ball for almost three full quarters. With two games against Chicago still left on the schedule, this team cannot be counted out.

Although neither team was great on Thursday night, there is one great thing to say about our Pickswise picks. NFL expert Andrew Wilsher nailed Vikings -3 and Over 44.5. Vikings -3 should have been a much more comfortable winner than it was, but a win is a win!