HomeAnalysisNFL AnalysisThursday Night Football reaction: Buccaneers are the best in the business

Thursday Night Football reaction: Buccaneers are the best in the business 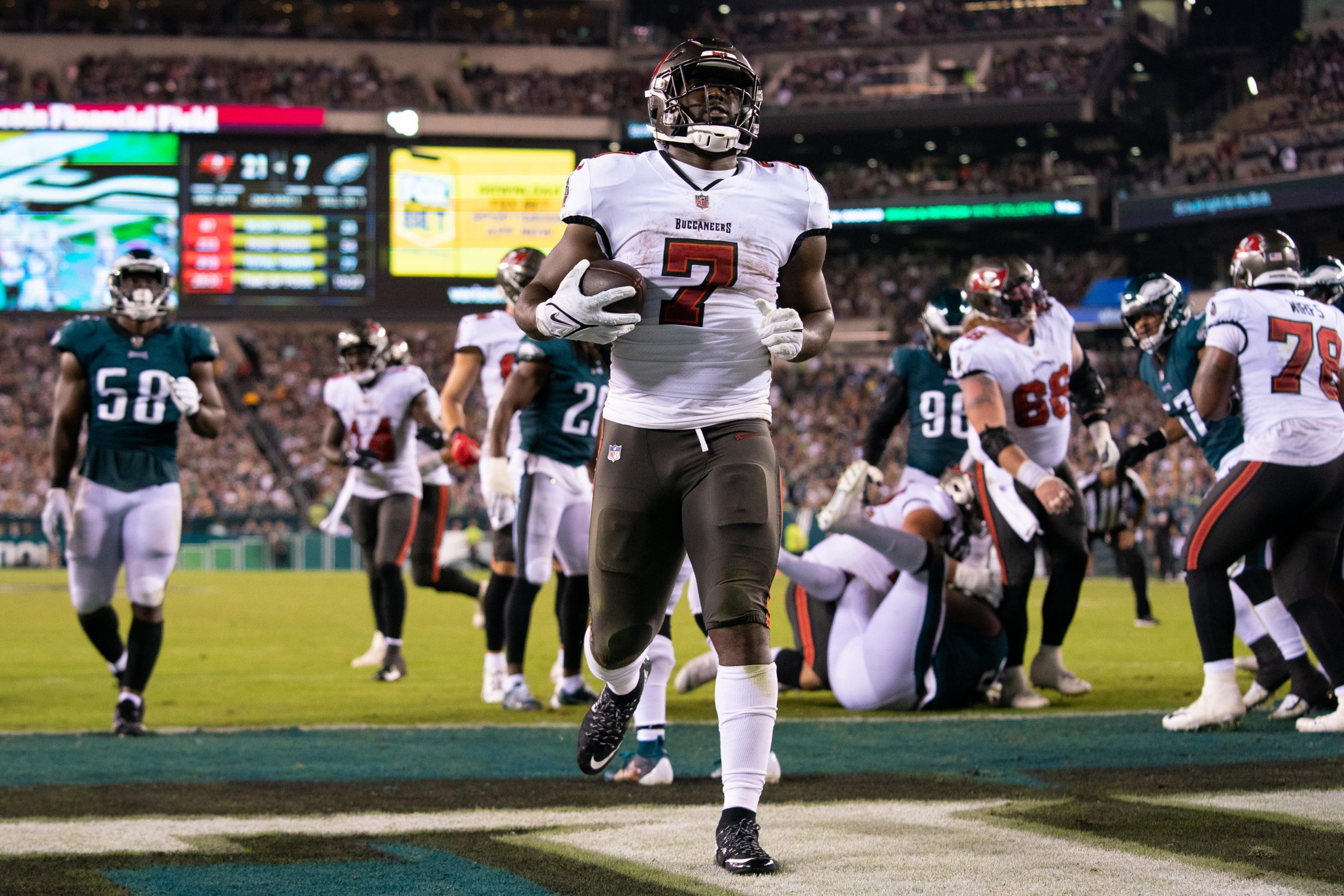 The Tampa Bay Buccaneers are 5-1 through Week 6 of the 2021 NFL campaign following their not-as-close-as-the-score-suggests 28-22 victory over the Philadelphia Eagles on Thursday Night Football. That won’t be good enough for the best record in the league unless Arizona loses at Cleveland on Sunday, but it’s better than their 2020 start. The Bucs were 7-5 through 12 games last year and, of course, promptly reeled off 8 wins in a row through the Super Bowl.

It’s only mid-October and this time around Tampa Bay is already a well-oiled machine. Although the Bucs weren’t exactly convincing in the way they finished off the Eagles, that hardly changes how they should be viewed.

Let’s recap what happened in Philadelphia on Thursday night and break down what it means.

The Tom Brady played well (34-for-42, 297 yards, 2 TDs, 1 INT) is no surprise, but Leonard Fournette amassing 127 yards from scrimmage and 2 touchdowns is extremely encouraging. So, too, is a defense that had been dead last in the league against the pass limiting Philadelphia to 115 yards through the air. Sure, Jalen Hurts and the Eagles are not exactly downfield treats, but it was still an impressive defensive display, at least until the game was pretty much out of hand.

If Fournette can continue to keep opposing defenses honest and open up the passing game for Brady, and the secondary can adequately support a dominant run defense, the Bucs will once again be the best team in football.

In fact, one loss notwithstanding, they already are.

Eagles and the under!

In all honesty, there is not a whole lot to say about this game. The Bucs are who we thought they were (the best team in the NFC and perhaps in the entire league); the Eagles are also what we expected: a decent team that can be competitive at times but not a serious threat.

There is plenty to say, however, about the betting action on that game.

At Pickswise, our week at the NFL handicapping office began with Eagles +7 and under 51.5. It has to be said that those were good picks, but sometimes good picks have to be accompanied by a bit of luck in order to cash. That was the case on Thursday, so here’s a big “thank you” to both of the teams that were involved.

Trailing 28-7, Philadelphia battled to a classic backdoor cover. The home team’s 15 unanswered points did not exactly come during garbage time, but it also never felt like they were significant outside of the betting angle. After Hurts scored on a 2-yard run with 5:56 remaining, the Eagles went for 2 for no apparent reason. An extra point would have resulted in a 7-point margin and a push, but the conversion try decided everything. A successful Hurts pass to Quez Watkins put Philly in covering position.

The Bucs still had a chance to cover, as they took the ensuing drive inside the Eagles’ 10-yard line with still more than two minutes remaining. Any points would have result in the visitors covering and the over cashing. Instead, three consecutive Brady kneel-downs clinched it for the Eagles +7 and the under.