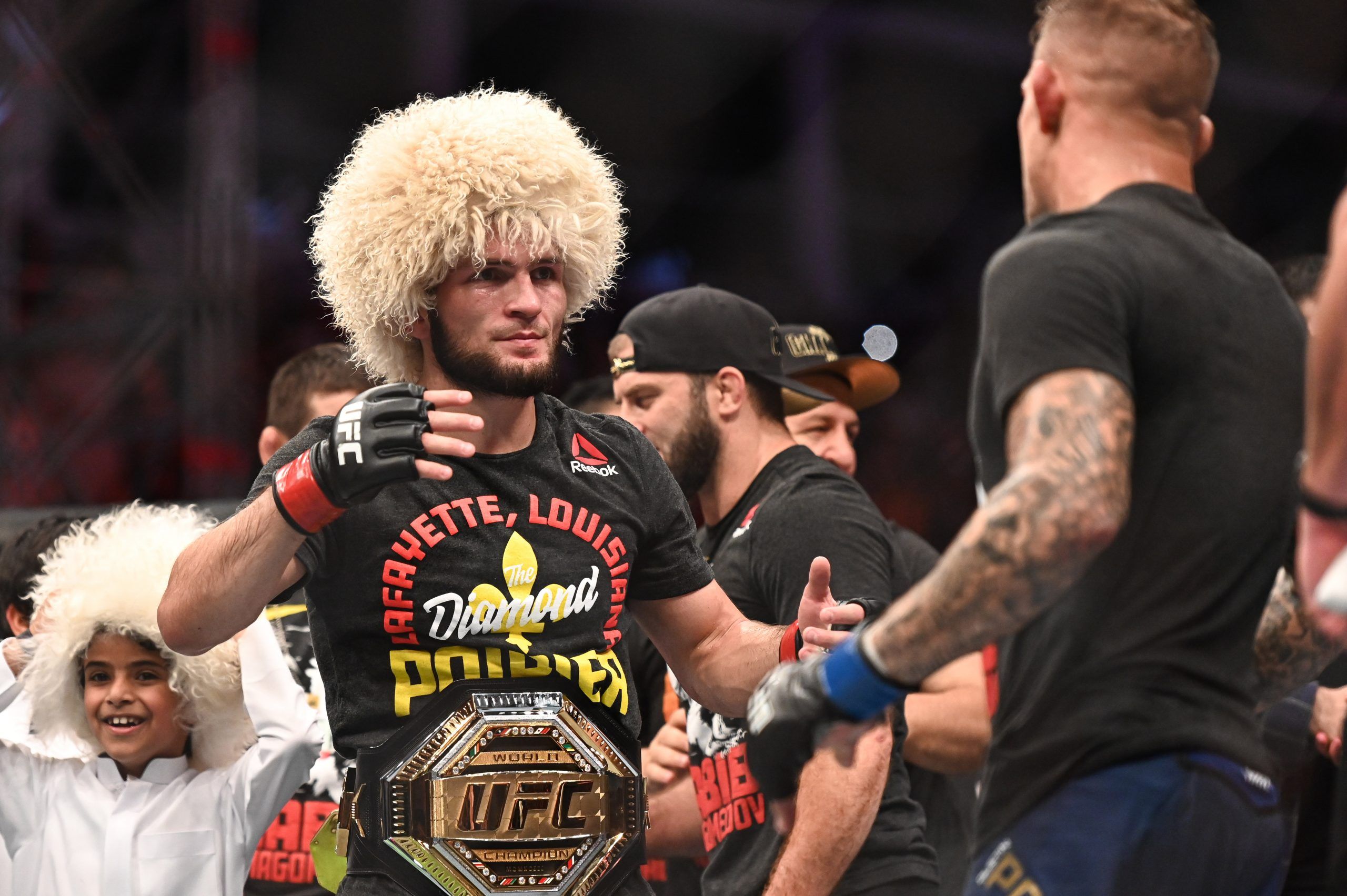 Matthew has been with Pickswise for a while now, covering a wide variety of sports. His main passions are college football and UFC, and those are the sports he has covered the most. Matthew uses a variety of methods to handicap games, including stats, trends, injuries, and situational factors. His goal is to consistently give out winners and will put in the research to try and achieve this.
@Sixfigurematt
Updated: 17:17 PM ET October 23, 2020

Perhaps the biggest fight of the year thus far is upon us and we are going to give you a brief history of these fighters, what to expect and how this fight actually came to fruition given the ongoing pandemic.

A brief history of the fighters involved

Starting with the challenger, Justin Gaethje, he is looking to move to 23-2 in the MMA and secure his first ever UFC Lightweight title. Gaethje started his MMA career way back in 2011, where he quickly became known as a guy who would be going for the knockout. He currently has 19 wins by either TKO or KO, including all five of his wins in the UFC. Gaethje started his career a perfect 18-0 before finally losing to Eddie Alvarez in 2017. He then lost a second fight in a row to Dustin Poirer, before winning four fights in a row to bring us to the present day.

The current Lightweight title holder, Khabib Nurmagomedov is perfect in the MMA having gone 28-0 thus far. He hinted at his retirement earlier this year when he eventually reaches 30-0. That is of course assuming he wins this monumental fight with Gaethje and the fight after that. Nurmagomedov is a much more balanced fighter than his opponent, seeing that he has eight wins by either TKO or KO and 10 wins by submission. He is also not afraid to go the distance, considering 10 of his career wins are by decision.

First of all, this was not the title fight we expected to see. Khabib vs. Tony Ferguson had been scheduled numerous times and kept getting cancelled for a variety of reasons. When the pandemic hit earlier this year, Khabib vs. Ferguson was cancelled again. Dana White actually tried his best to make this fight happen, but the travel restrictions kept Khabib in Russia.

Way back in May when the UFC restarted, we got to instead see a fight between Ferguson and Justin Gaethje. This was deemed to be the Interim Lightweight title fight with the winner facing Khabib sometime later. Gaethje pretty much dominated this fight for five rounds and ended up with a TKO win and a temporary belt around his waist.

Now that Dana White has secured Yas Island in Abu Dhabi, travel is no longer an issue.

Come Saturday afternoon, I will be expecting a back and forth brawl. Obviously, Nurmagomedov is going to look to take this fight to the ground. Because of that, Gaethje’s biggest key to victory will be limiting takedowns at all costs. He has never lost by submission, but Nurmagomedov is a completely different animal when it comes to fighting on the ground. I also expect to see the kind of striking from Gaethje that we saw back in May. He needs to be aggressive here because otherwise, he is just going to find himself on the mat.

As for Nurmagomedov, it will come down to whether he can use his ground and pound effectively. Even against a guy like Conor McGregor, Nurmagomedov never allowed him to be comfortable standing up and went for the takedown quickly. Once that fight was on the ground, it was essentially over. It should be a very entertaining fight and could easily be one of the best fights in recent history. Given what these guys have accomplished, Gaethje certainly has a chance at pulling off the unthinkable, but I can’t bet against Khabib. View my full fight preview and Khabib vs. Gaethje predictions here.