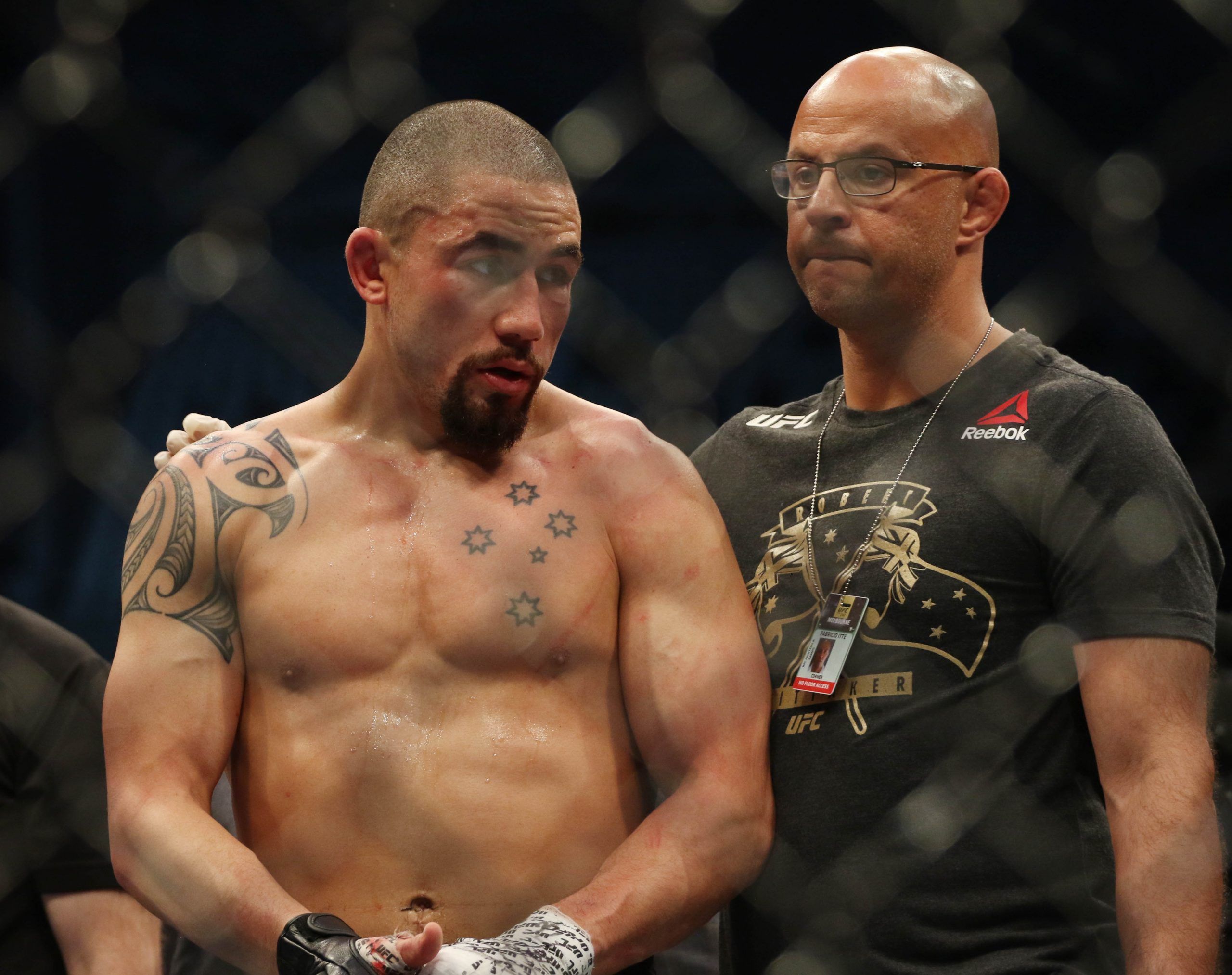 We will continue at Fight Island this week for UFC 254 and this weeks’ card will feature a  Lightweight title fight as the Main Event.

We’ll share our UFC 254 best bets here but head over to our main UFC 254 predictions homepage if you want picks for every fight on the main and preliminary card. Please gamble responsibly when following our MMA picks and predictions.

Robert Whittaker/Jared Cannonier – Fight to go the Distance – No (-144)

Robert Whittaker won his most recent fight against Darren Till, beating him by unanimous decision back in July of this year. Whittaker averages 4.51 strikes per minute, landing them with an accuracy of 40%. He is absorbing 3.43 strikes per minute and will need to be careful of Cannonier’s power. Grappling is more of an afterthought for Whittaker, but he does defend takedowns 84% of the time.

Jared Cannonier finds himself riding a three-fight win streak with his last win coming in September of 2019. He is averaging 3.72 strikes per minute, but is slightly more accurate at 51%. He absorbs less damage than his opponent, an average of 2.82 strikes per minute.

Both guys have plenty of knockout power with Cannonier having won by TKO/KO nine times in his career. Five of those nine finishes have come in the UFC and he has won three in a row by finish. Whittaker has a total of 14 finishes in his career, nine by TKO/KO and five by submission. In the UFC, he also has five wins by finish and two of his three losses were by finish as well. With the amount of power stepping into this fight, I am going take this fight to end inside the distance instead of picking an outright winner.

Magomed Ankalaev has won four fights in a row, with his only loss coming back in 2018. He will look to keep this fight standing, averaging 3.46 significant strikes per minute. He absorbs just 1.24 strikes, so his striking defense has looked elite thus far. His grappling game is lacking, but at the very least, he has a takedown defense of 85%.

Ion Cutelaba is landing an average of 5.29 significant strikes per minute, but only at an accuracy of 39%. On the ground is where Cutelaba will want this fight as he is averaging 2.59 takedowns per every 15 minutes. His takedown accuracy is 71% and his takedown defense is 80%.

I think we are going to see a much closer fight in the rematch between these guys. The first fight was obviously a fluke solely because of the ref, so while I am not confident enough to take the dog here, I am going to take this fight to go over 1.5 rounds.

Shavkat Rakhmonov is a perfect 12-0 in his MMA career and will make his UFC debut here. He has a perfect finish rate, winning seven times by TKO/KO and five times by submission. He already has seven finishes in the first-round and has only fought in the third-round once.

Alex Oliveira is coming off a win against Peter Sobotta back in July of this year. He is not that great of a striker however, averaging just 2.89 strikes. He is absorbing 2.16 strikes and has only been knocked out once in his career. Oliveira also has plenty of grappling skills, averaging 2.47 takedowns per every 15 minutes. His takedown accuracy is only 37%, while he defends them 61% of the time.

Oliveira has been a little inconsistent as of late, winning just two of his last five fights. For that reason, I will take Rakhmonov to win this fight in his debut and will back him with medium confidence.