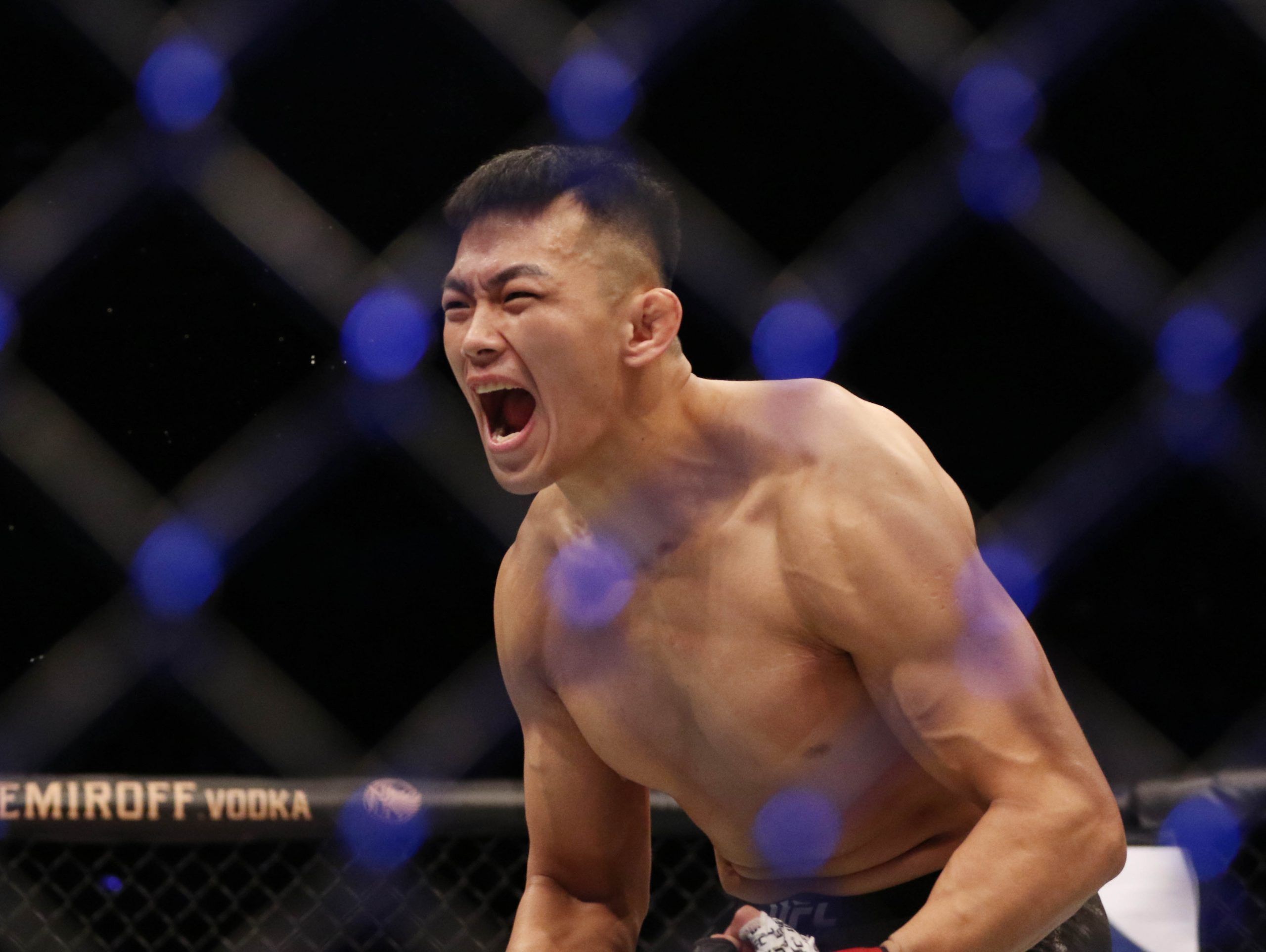 Matthew has been with Pickswise for a while now, covering a wide variety of sports. His main passions are college football and UFC, and those are the sports he has covered the most. Matthew uses a variety of methods to handicap games, including stats, trends, injuries, and situational factors. His goal is to consistently give out winners and will put in the research to try and achieve this.
@Sixfigurematt
Updated: 4:18 AM ET October 24, 2020

This week the Main Event at UFC 254 will feature a Lightweight title fight. There are some huge favorites among this event, so looking for a parlay could be the best way to find the most value.

Here is our favorite four-fight parlay that pays at odds of +528. Be sure to check out the rest of our UFC 254 predictions for the full 12-fight card.

Khabib Nurmagomedov comes into this fight with a perfect record of 28-0. He is 10-0 in the UFC and last won in September of 2019. His striking might not be as prolific as Gaethje’s, but he still is averaging 4.11 strikes per minute. He also only absorbs 1.65 strikes per minute, so his striking defense continues to be world class. Obviously, Nurmagomedov is going to be looking for a takedown in this fight. He is averaging 5.35 takedowns per every 15 minutes and in turn has 10 submission victories in his career.

Justin Gaethje is a pure striker, averaging 7.74 strikes per minute and landing them at 59% accuracy. Though he absorbs 8.37 strikes per minute, so he needs to be careful with how aggressive he wants to be. Gaethje is not going to look for the takedown, but he must defend them perfectly in this fight. His takedown accuracy is 80%, but if he goes to the ground just once, that could be the end.

I do not see any way I can back Gaethje in this spot. His striking may be great, but Nurmagomedov’s balanced fighting style is on another level. Nurmagomedov could easily finish this fight inside the distance, or he could be content with pounding Gaethje for five rounds and reclaiming his belt.

Both guys are looking to bounce back from recent losses where they were dominated. Alexander Volkov lost to Curtis Blaydes back in June and Walt Harris lost to Alistair Overeem back in May. Volkov looks to be a better striker than Harris, averaging 4.31 strikes per minute. His accuracy is better, sitting at 58% and he is absorbing less strikes, just 2.53 per minute. Volkov does not tend to grapple very much, but he does land takedowns with an accuracy of 70%.

Harris is exclusively a striker, but only lands 2.97 strikes per minute. What is worse is that he has a striking accuracy of 39%. He has a decent striking defense, absorbing 3.18 strikes per minute. Harris has very little grappling ability, but he does defend takedowns 73% of the time.

Volkov is clearly the more balanced fighter here and I do not see him losing this fight. Harris did not look good against Overeem, so I am going to back Volkov to win.

Da Un Jung coming off a rather easy win against Mike Rodriguez, a fight he won by TKO back in December of 2019. Jung looks to be an elite striker, averaging 6.59 strikes per minute. This also means that he is absorbing an average of 7.05 strikes per minute. The good news is that he has never been knocked out and should be able to handle himself here as well.

The biggest concern for Sam Alvey is the fact that he has lost four fights in a row, having not won since 2018. His striking is average, seeing that he lands 3.11 strikes per minute an absorbs 3.22 strikes. Alvey will likely not attempt any takedown, but even if he does, he only lands them 16% of the time.

This is a fight that Jung is going to dominate. Alvey is getting up there in age and looks like he has taken a step back. Because of that, I will back Jung to win this fight easily.

Casey Kenney is coming off a win against Heili Alateng by unanimous decision. This was just a few weeks ago, so hopefully he will be ready. Kenney has the ability to stand up and fight, averaging 4.25 strikes per minute at an accuracy of 42%. He has never been knocked out in his career and is absorbing 3.27 strikes. We know he has the ability to fight on the ground as well, winning by submission now five times in his career.

Nathaniel Wood’s last fight came against John Castaneda back in July of this year, a win by unanimous decision. Wood is an excellent striker, averaging 5.52 strikes per minute. He is absorbing 3.30 strikes, so his striking defense is very similar to that of his opponent. Wood is also a very well-balanced fighter, averaging 1.65 takedowns per every 15 minutes. He is landing his takedowns at 60% accuracy and defending them at 83%.

Wood is a prolific finisher, winning nine fights by TKO/KO and five fights by submission. Because Wood is a more balanced fighter and has better grappling, I am going to take the dog here.